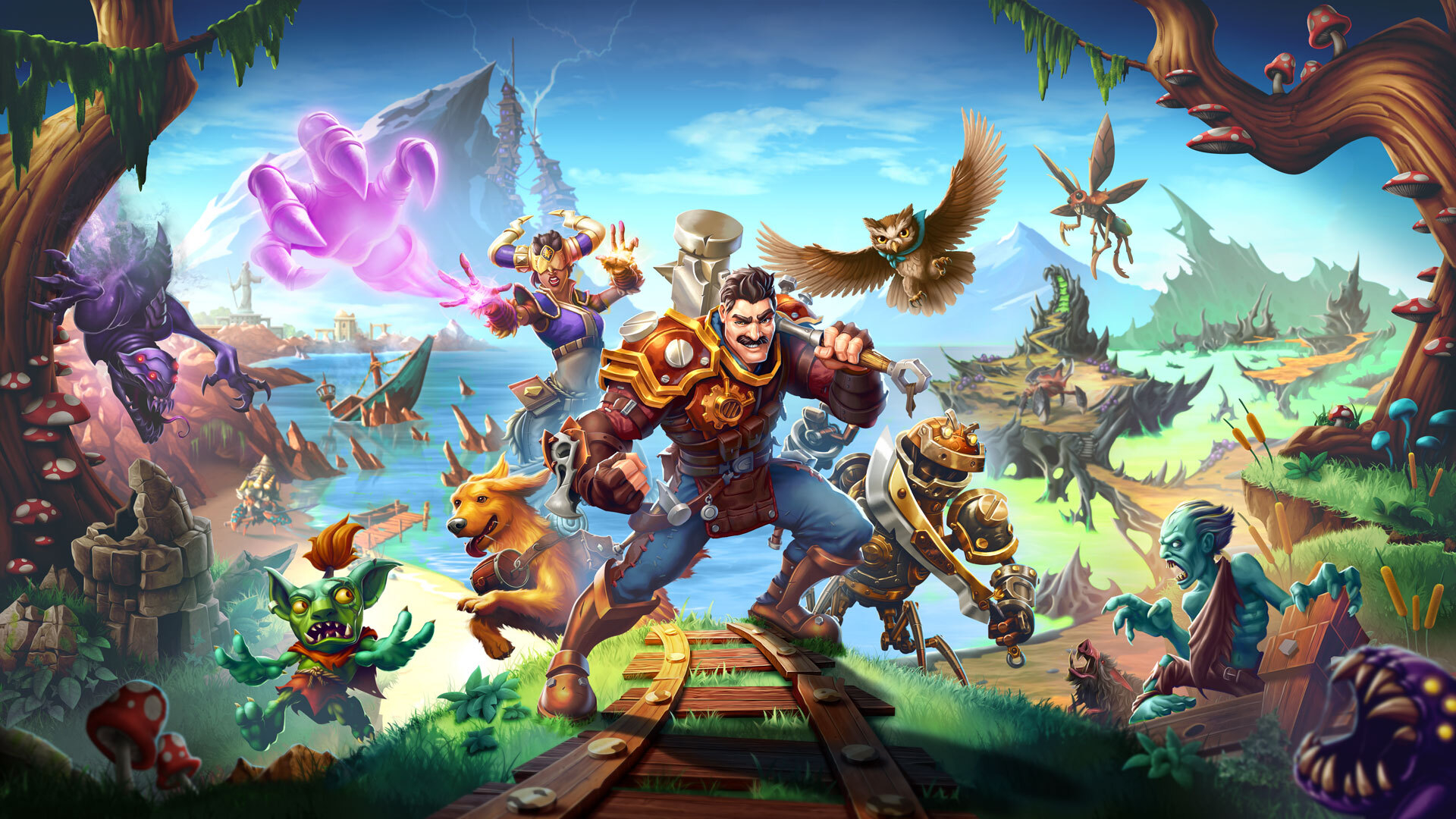 Recently, Echtra has been making a ton of changes to their new Torchlight game. The team transitioned their old Torchlight Frontiers project from free-to-play to premium, renaming it Torchlight 3 in the process. They’ve also been slowly adding new classes, features, and updates. And now, the game is in early access to give the developers more feedback as they continue to build out the game. Over the past week, I’ve played about 10 hours of Torchlight 3. While the game certainly has a solid foundation that I hope Echtra can turn into a great game, the game still has a long way to go to get there.

Now, to be clear, 10 hours isn’t anywhere close to the amount I’d play if this were a full review. So, please, take everything with a large grain of salt. And, as a reminder, the game is still in active development. Things can and will change. Finally, I’ve only really put significant time into the Sharpshooter and Railmaster classes. There are two other classes that I’ve barely touched.

It’s also important to remember this is early access. There are, as expected, several bugs and kinks still being worked out. I don’t think it’s that helpful to talk about them at this stage, so I won’t be mentioning them. That said if you are thinking about hopping in now, keep in mind that Torchlight 3 definitely has some technical issues.

With all those caveats out of the way, let’s actually talk about Torchlight 3 as it exists in its current state.

In short, if you like classic action RPGs like Diablo 2 or Path of Exile, you’ll probably be fine here. The game plays exactly like its contemporaries. I’ve racked up thousands of hours in Diablo 2 and 3, so playing Torchlight 3 felt like slipping on an old glove. In some ways, that’s a good thing, but it also means the gameplay feels a bit old hat. 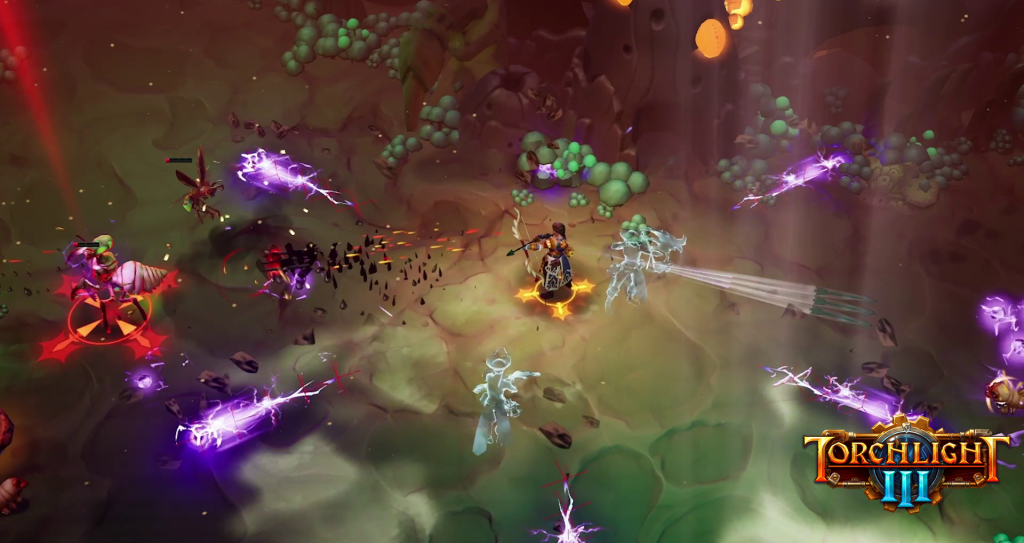 Take, for instance, the Sharpshooter. She’s your basic ranged damage-dealer. Sure, she has a few tricks up her sleeve (notably her ghost dog), but mostly you’re kiting enemies around and dealing massive damage to single-targets.

That’s not a bad thing. I had a ton of fun playing as a Sharpshooter because you have to constantly stay on the run. Her playstyle is engaging. You’re not just standing in one spot and swinging a sword. That said, she certainly feels like a character that could just exist in any other ARPG.

The Railmaster, on the other hand, is one of the most inventive pet characters I’ve ever seen. Instead of an animal or demon or whatever, the Railmaster has a fully automated train as his pet. You lay down a track and your train moves along it, firing at enemies along the way. As you level up, you can add new cars to the train, turning your train into a murder machine. It’s all completely unique and totally awesome.

If only all the character classes were that inventive. It’s hard to have any desire to play as a basic ranged class or a typical mage when you have a dude that uses an automated tank to fight off baddies. I’d love to see Echtra use their creative juices to dream up some other wild classes before the full release. 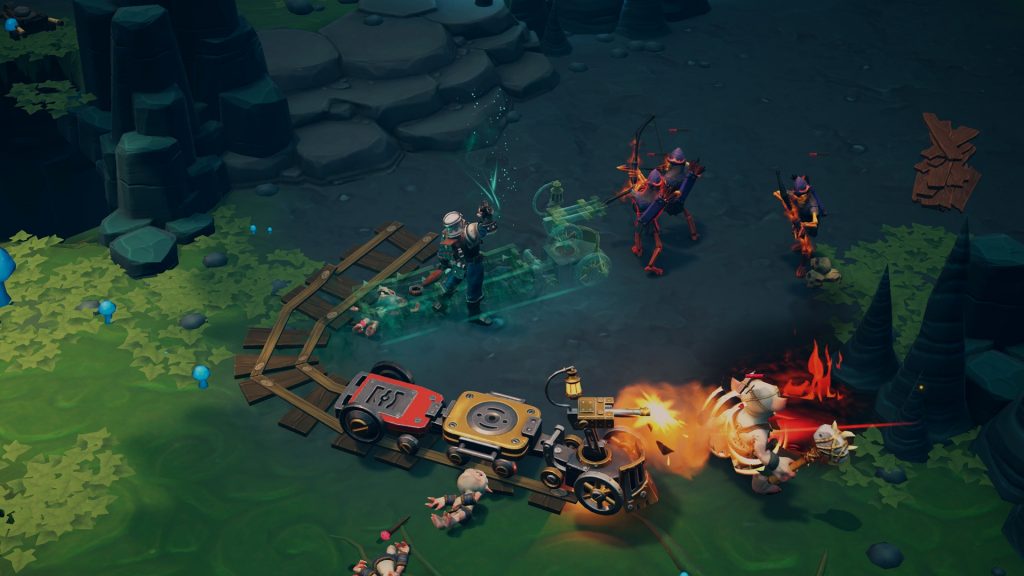 Outside of classes and combat, Torchlight 3 continues to feel like every other ARPG you’ve ever played. It has randomly generated maps. It has random packs of elite monsters. The one thing that helps it stand out just a little bit is the fort.

Early in the game, you discover a run-down fort that you decide to make your own. You have complete control over what its inside looks like. As I’m early, mine is pretty sparse, but there’s a ton of potential here. Importantly, your fort is account-wide. So, you can play on as many alts as you want and still contribute resources to your main character’s progression.

Being able to carry over your progression across your account might not seem like a big deal, but it is. Inside your fort, you have several items that provide passive bonuses to your character. For example, one is a luck tree that improves your loot drops. You can increase the bonus by feeding the tree unwanted gear. Since it’s account-bound, you’re not losing out on progress by trying out a new character. Instead of feeling restrictive, it encourages you to try out new characters. That’s a great move.

Outside of the fort though, there’s not much in Torchlight 3 that makes me want to play it over games like Path of Exile or Diablo 3. It just doesn’t do much new right now, and those games are much more fleshed out. Granted, they’ve had years to get there, so I’m not saying Torchlight doesn’t have a chance to be the next big thing in the genre. However, it does lessen my excitement for the final release. 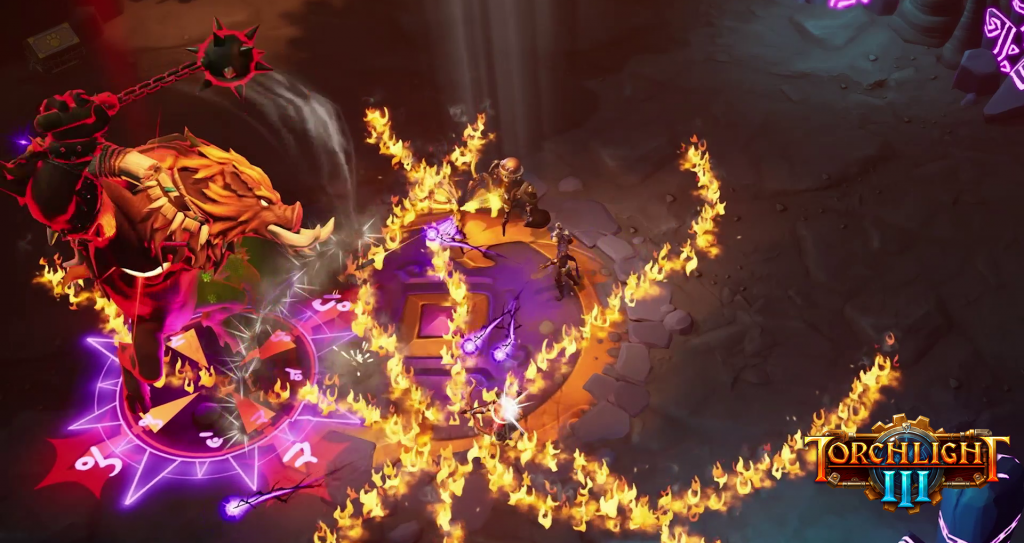 I mean, look at Diablo 3. When it launched, if you wanted to play a new character, you just had to run through the campaign again. Later on, it added Adventure mode and completely revitalized the game. Instead of learning from that and incorporating it, Torchlight 3 just has you replaying the campaign when you start up new characters.

Now, can they add in their own twist on Adventure mode? Absolutely. I really hope they do. Echtra seems committed to making an alt-friendly game, so it certainly seems like a strong possibility. But it’s not there yet.

Things like this make the game feel old in a lot of ways. Just look at how the game handles skills. Compared to other games in the genre, Torchlight 3 offers a paltry selection of skills to customize your character. If all those skills are impactful, that’s not necessarily a bad thing. However, it does restrict the player’s creativity and ability to experiment.

Taking it a step further, Torchlight 3 doesn’t let you respec your character for free. You have to use an in-game resource. Personally, I thought we left that behind a long time ago. It even further makes you feel locked into a path and discourages experimentation. To me, that’s a mistake. Maybe the devs have plans to change it, but it just doesn’t seem like something that should exist in 2020.

At the end of the day, Torchlight 3 has a solid framework. The tracks of a good game are there, especially if Echtra focuses on things that make their game unique. More stuff like the Railmaster, please. However, in its current state, I don’t see why I would play it over something like Diablo 3 or Path of Exile. Those games are so much richer and more fleshed out.

Of course, Torchlight 3 might just get there. It is in early access after all. I’m excited to watch the game’s continued development and hope it can live up to its predecessors. The potential feels there. They just have to capitalize on it.

The post Torchlight 3 Early Access Preview — A Set of Tracks Headed in the Right Direction by Ricky Frech appeared first on DualShockers.