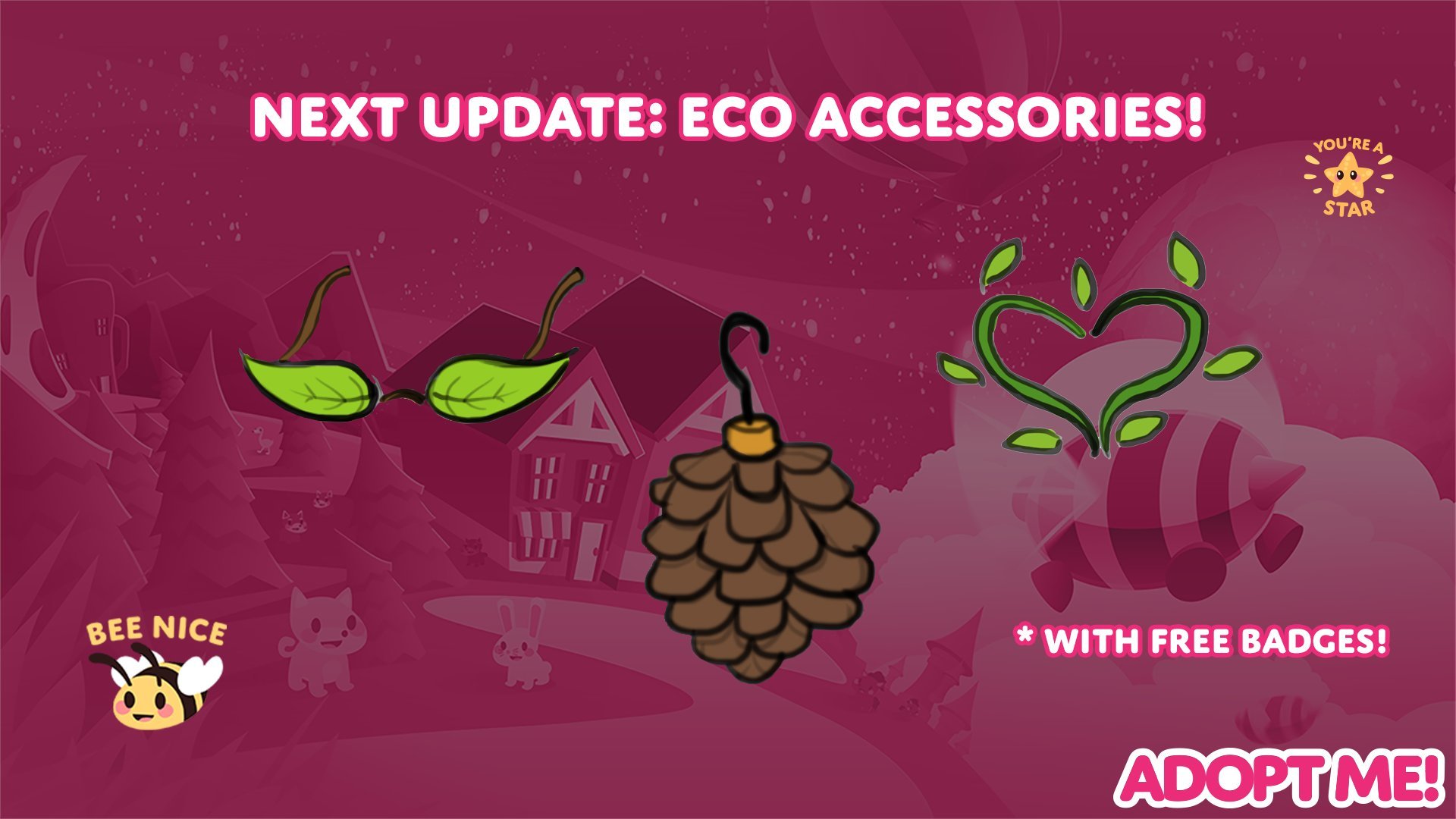 Adopt Me is all set to receive another exciting update, and fans are eagerly waiting for its arrival.

While there are hundreds of Roblox games out there, only a few can rival the popularity of Adopt Me. It is the most popular Roblox game, with over 20 billion visits and over 500k monthly players. The developers have been actively releasing updates for the game, and the Eco Accessories Update is the latest update to arrive.

When is the Adopt Me Eco Accessories Update releasing?

The developers of Adopt Me always release the update at the same time, and this time is no exception. Just like the previous few updates, we will be getting an update at the following timings.

As of now, we have not received the complete patch notes of the update, but we do have a fair idea about what to expect. The developers are indeed looking forward to releasing the update and issued the following statement.

We’re so excited to bring you Eco accessories in the Hat Shop, with brand new items in the next four rotations! The Eco Natural Earth House is also available to buy, and is one of our most exciting houses! The speedboat is back on the stand so don’t miss out if you didn’t get it first time around!

The Eco Natural Earth House will be a premium house in the game, and players will need to spend Robux to be able to buy the house. Along with that, some exciting new pet accessories and badges are slated to arrive as well. With the update going live very soon, we will be knowing what else is to arrive in the next few hours.