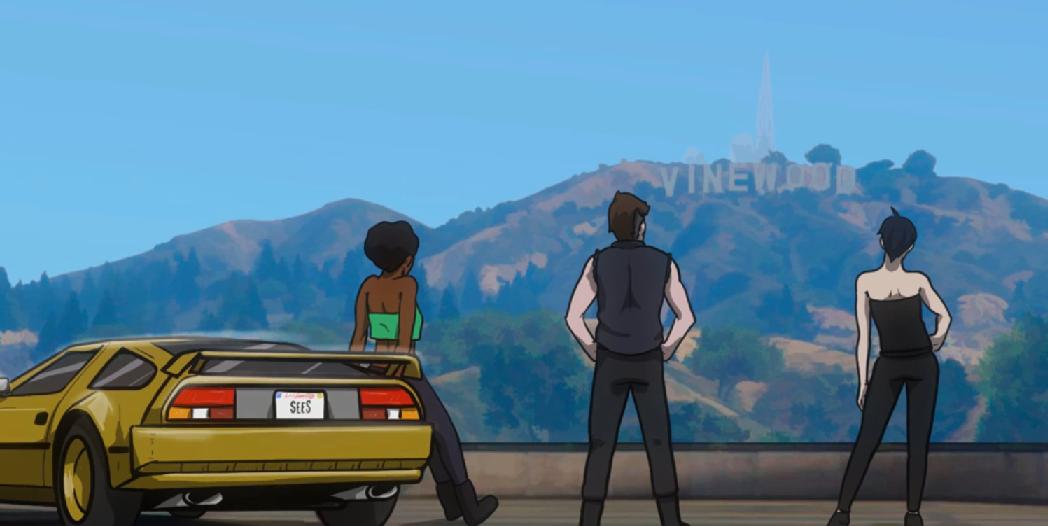 A Grand Theft Auto enthusiast has cleverly crafted a brilliant anime trailer for their GTA Online crew and the results will make you want a real TV series of the game.

It’s hard to believe that it has been eight years since Rockstar released GTA 5 into the world. The game is the seventh main entry in the Grand Theft Auto series, following 2008’s Grand Theft Auto IV, and the fifteenth instalment overall. And still, to this day, more content is being added to its online feature and rightfully so due to its huge open world. Although many fans are crying out for the company to start showcasing GTA 6, it seems like GTA 5 has a lot more yet to give.

One fan in particular, who just can’t get enough of running around GTA Online, has made a pretty kick-ass anime trailer revealing the adventures they get up to with their crew around San Andreas

Reddit user AveRok has stitched together a fabulously thought out anime-like opening of their GTA Online crew. Throughout the trailer, AveRok showcases the group kicking some ass in classic slo-mo, wild car chases, heists, and lots of crazy moments.

Given how popular GTA Online is, it can be hit or miss when you take something from the game and make it your own but thankfully, the comments under the video was nothing but praise. By the looks of things, I’m fairly sure that if Rockstar decided to bring the franchise into the anime world to create a series, it would certainly be well received.

The post GTA Online Fan Designs Awesome Anime Trailer That Cries Out for a Real Series by Rachael Fiddis appeared first on DualShockers.