Three years ago on March 25, 2014, UK developer White Paper Games made its debut with Ether One, a first-person adventure game for the PC. According to co-founder Pete Bottomley, the game garnered good exposure on the platform, but the team knew it wanted to bring the title to PlayStation 4 for an increase presence.

More specifically, it wanted to bring the title to Sony’s PlayStation Plus collection. For those that don’t know: each month Sony offers up a lineup of on-the-house games to PlayStation Plus subscribers. For smaller independent games, the appeal of the offering is simple: a dramatic increase in industry mind-share. And while it’s not incredibly common, sometimes games will launch on PS4 as part of the lineup, trading the surge of initial sales for visibility and a chance to cultivate enough attention, and translate that into greater sales over a longer tail.

In an industry oversaturated with releases and where visibility is often the biggest hurdle for smaller independent games, that opportunity is quite appealing, and can potentially yield a huge payoff, as we saw (and continue to see) with Rocket League when it launched in the PlayStation Plus lineup in July 2015.

According to Bottomley, the idea originally came from frequent conversations that White Paper Games had with Sony at a variety of shows where it was showcasing a PC demo of the game. Apparently, Sony liked what it saw, which in turned birthed a day-one focus for the UK developer to bring the game to PS4 as part of the PlayStation Plus collection.

But before any of this could happen, White Paper Games had to move the entire game from Unreal Engine 3 (the UDK version) to Unreal Engine 4, which at the time was brand-new.

According to Bottomley, while porting their game, many of the members of the team were also teaching one day a week at a local university. Naturally, one of the things taught was the process of moving the entire game to UE4, which was a process that Bottomley documented entirely. At first, the lesson was just a resource for students, but then Community Manager at Epic Games (the company behind Unreal Engine), Chance Ivey, picked up the thread and started promoting it to developers who were seeking to port their games.

“I honestly think it was a case of us just being in the right place at the right time,” said Bottomley. “A lot of developers were obviously going to want to move their games in development onto the new engine, and although it wasn’t a conscious move on our end, it helped to promote the new engine and Epic Games promoted our game for it.”

White Paper Games also soon found the help of another industry juggernaut: Sony, who went from liking what it saw of the game, to revealing that it was coming to PS4 on its big stage at Gamescom during the summer of 2014. The game’s trailer was showcased via an indie reel for only a few seconds, but a few seconds on a stage as big as Sony’s Gamescom presser was enough to get an amount of press coverage that far outweighed anything White Paper games ever did by itself, according to Bottomley. “They really are a powerhouse and it put us in a great position to continue development,” said the co-founder.

Ultimately, not only was Ether One being showcased around the world, but it was creating enough revenue for the UK developer to continue development and grow its team of six to a team of nine, a size it has been ever since. 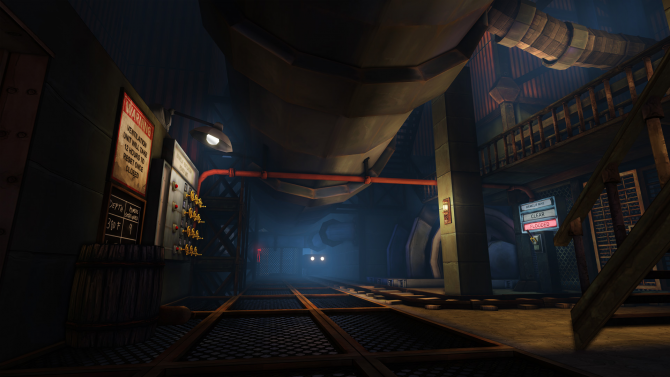 “I honestly think it was a case of us just being in the right place at the right time.”

Fast-forward again through a little over a year of hard work, and Ether One released onto PS4 on May 5, 2015 as part of the PlayStation Plus lineup of free games. It was because of its inclusion in Sony’s monthly offering that more people than White Paper Games ever imagined were playing it, which in turn highlighted and put focus on a slab of bugs and issues that Bottomley has since admitted took the team longer to fix than it would have liked, as well gave way to an experience in general that was an incredibly hard time for the developer.

According to Bottomley, the goal of being a part of the PlayStation Plus collection was always that it would give the new developer enough exposure and success to help propagate the studio’s name so it could create more games. And it worked. As we speak, White Paper Games is off somewhere in Manchester working on its follow-up title: The Occupation. But according to Bottomley, hadn’t it worked, White Paper Games may not be busy slaving away on animation or AI or anything, but rather not exist entirely, or at the very least not be working on another new IP.

“We were a team of six that released Ether One and although the game did relatively well out of the gate, I don’t think we’d still have a studio today without PlayStation giving us the opportunity they did, and we definitely wouldn’t have been able to create a new IP,” said Bottomley. “We could of course found contract work or work on existing IP’s, but that’s not why we set up the studio, and it wouldn’t feel like the right path to take.”

I don’t think we’d still have a studio today without PlayStation giving us the opportunity they did, and we definitely wouldn’t have been able to create a new IP.”

That said, interestingly The Occupation has only been confirmed for PC so far and not the PS4, despite Bottomley admitting that Sony’s platform was key to its previous success. However, while there has been no confirmation of anything beyond a PC version, the co-founder did reveal to me that there is interest in bringing the game to more platforms, noting that “even great games have the risk of going unnoticed” on the PC. 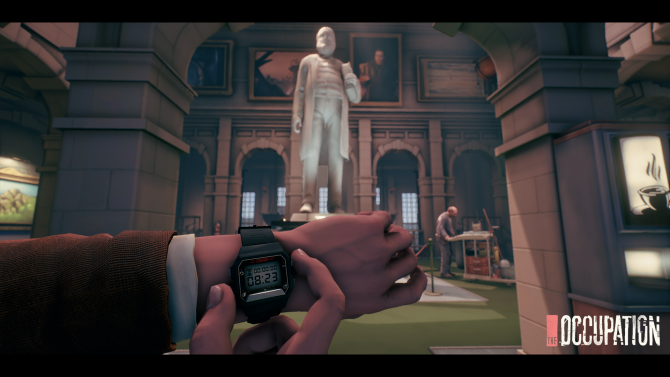 More specifically, Bottomley disclosed that both Sony and Microsoft have shown interest in the game, but at the moment it doesn’t want to make concrete announcements or commitments.

As for a Nintendo Switch version of the game, it currently looks unlikely, as the Switch is a “massive unknown” for White Paper Games, which hasn’t been able to get its hands on a development kit, and thus isn’t even sure how its game would run on the hybrid console.

The UK developer recently just hired its second programmer (it only had one for the past five years), which should help it focus more on supporting additional platforms. Bottomley continues by stating “all I can say for now is that the team is excited to get it to as many people [possible], but it’s ultimately in the hands of the platform gatekeepers as to what direction we’re able to take with The Occupation.”

The Occupation is slated to release sometime in 2018: you can catch its debut trailer here.