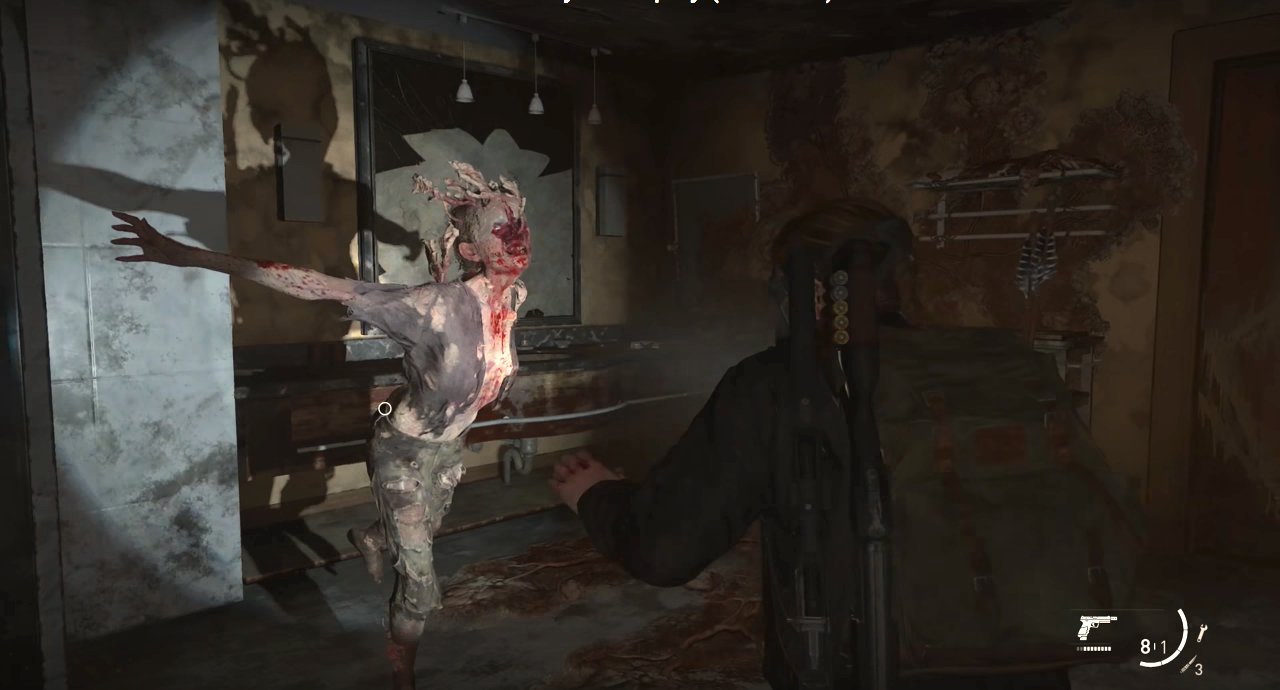 Taking on many of The Last of Us Part 2‘s enemies isn’t always an easy job. With different levels of infected that range from runners, bloaters, clickers and stalkers, knowing how to bring these hideously scary creatures down takes some skill. I don’t think we even need to mention the dreaded Rat King here, do we? The stuff of nightmares. The Last of Us Part 2 has now been out for around eight months and in that time, players have found their own way to snuff out the dangers that lurk around every corner. Take this player, for instance, who eliminates those creepy stalkers with their bare hands and also, surprisingly, takes no damage in the process.

Gweilo Ren who runs a YouTube channel and is also a huge Last of Us Fan, captures the moments when they are faced with a group of stalkers in a dark and dingy house. Using only Abby’s small torch attached to her jacket, vision is poor so, in turn, this also adds to the eerie atmosphere. As these Stalkers slip and slide through the hallways waiting to ambush Abby, Ren begins punching them and while they strike back, they are able to guide Abby and duck out of their way time and time again.

What’s really cool about this is that Ren uses their incredible reflex response to enable Abby to take absolutely no damage in the process which, if you have come up against any of the infected, it isn’t an easy thing to do especially when you are using no weapons or items. The only guns Ren takes on are those biceps of Abby’s. Check out the video below of their heart racing rendezvous with the aggressive fungus-growers.

If you’d like to see Kratos from God of War take on the Queen Valkyrie and winning by using his fists, check out this article that also includes a video of the epic battle. The Last of Us is available on the PS4 or you can jump straight into The Last of Us Part 2 which is available exclusively on PS4 and PS5.