What is a “Ninjago”? After my fifteen hours with TT Games’ The LEGO Ninjago Movie Videogame I’m still not fully certain. Is it the ninja-themed LEGO characters? Or perhaps the island, conveniently also named “Ninjago.” Or is it referring to their occasional “Ninja! GO!” cheer you can hear the characters echo before a major battle.

The LEGO Ninjago Movie Videogame is my first foray into the LEGO franchise since the fantastic LEGO Island, so I’ve certainly missed my fair number of great experiences. TT Games has made a niche for itself in the gaming industry – almost becoming the Pixar of developers. With LEGO titles a staple for both young and old fans, standards are typically set particularly high for the British developer.

And while many LEGO games dabble into other properties, The LEGO Ninjago Movie Videogame instead takes a swing at an original series – albeit one that is now six years old, roughly five video games deep, and with a feature film in theaters. But as a 26 year-young jaded gamer with no ties with the series, franchise, or movie, how does the game hold up? That is the perspective I’ll take for this review.

Here are the story’s sparknotes, for the uninitiated. The game takes place on Ninjago island – a locale with a distinct San Fransokyo feel from Disney/Marvel’s Big Hero 6. With an East-meets-West influence, we follow the adventures of teenage LEGO ninjas and their teacher, Sensei Wu, in their fight against Lord Garmadon – Wu’s corrupted brother. This story is by no means an origin story, so there is a bit you need to pick up along the way about who each of the five ninjas are. However, once Lord Garmadon gets his grips on the Ultimate Weapon, it is up to the young ninjas to find the Ultimate Ultimate weapon to thwart the evil Lord.

As a great first note, jumping into The LEGO Ninjago Movie Videogame you don’t need to know anything about the overall series. The title is charming, with the signature LEGO comedy that is both on the nose and entirely oblivious all at once. Even the humor (which is clearly aimed at children) never failed to give me a good laugh, whether it was cutting down a chicken sensei in the tutorial or watching Lloyd become crestfallen after learning his power is simply “green” – as compared to Earth, Fire or Lightening. Or even the subtle, “churlish” Key & Peele reference that main character Lloyd should be pronounced “La-Loyd.” 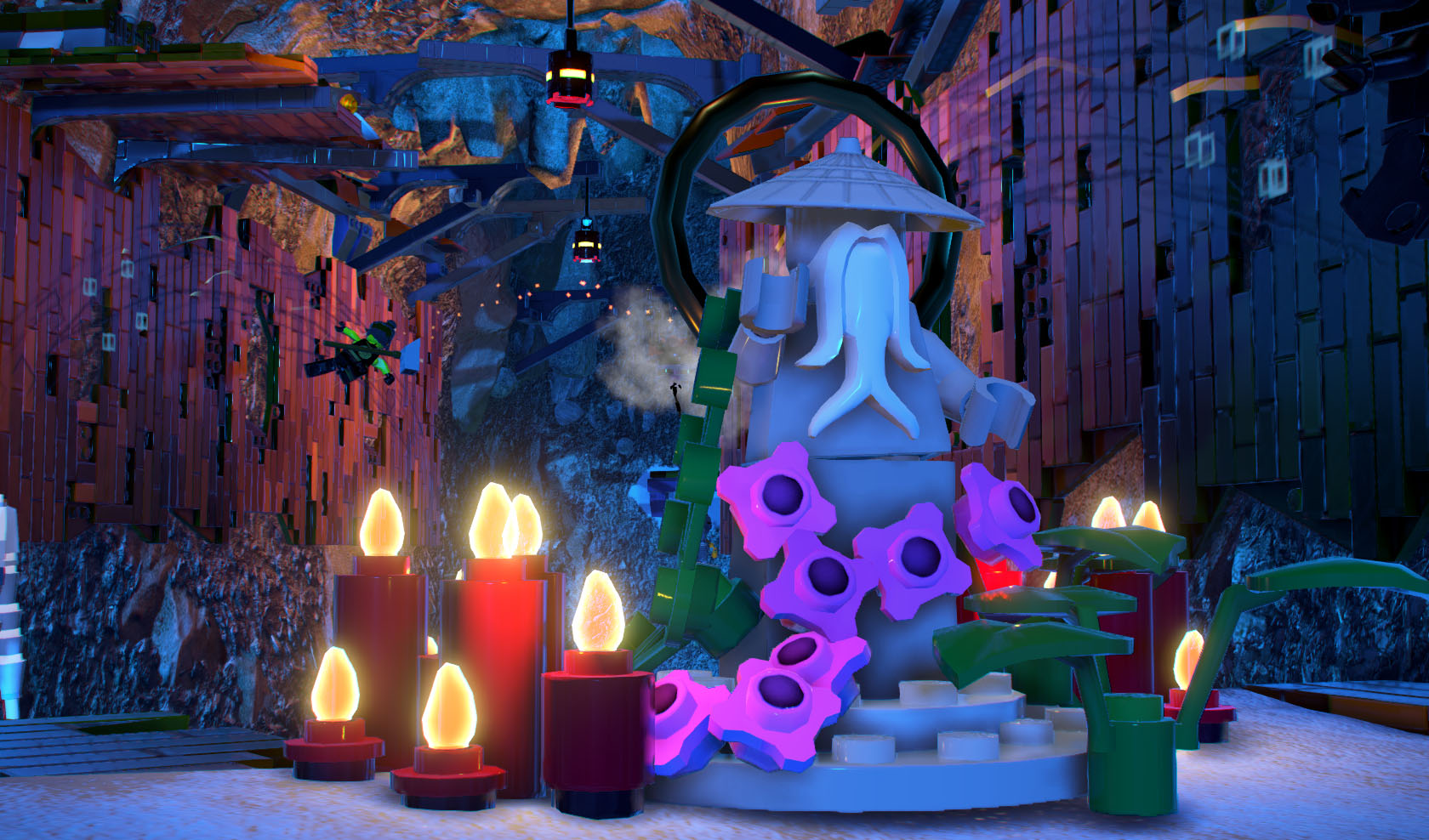 The game’s animations before and after levels are all (presumably) ripped straight from the movie, so there is an expert craftsmanship that gives the game an almost Robot Chicken feel to it. And while each cutscene gave me the barebones details on what I could expect from The LEGO Ninjago Movie Videogame, nothing about the characters or narrative is going to drive me to actually check out the film.

Without an overly-compelling narrative, The LEGO Ninjago Movie Videogame‘s gameplay is what provides the stable hook that made moment-to-moment action addictive. Like most LEGO games, The LEGO Ninjago Movie Videogame is a mix between open world, action, and collectathon. Each open-world area, unlocked by completing the story, is its own self-contained world with nooks, crannies, collectibles, and missions to inhabit it.

Even better, reaching various collectibles will require delving into the insane amount of characters available at your disposal to find the ones that can take on the environmental challenge. Is the golden brick underwater? You need to unlock one of those shark enemies first to play as. How about a destructible wall? You need to switch to someone with an Earth Spinjutsu ability. 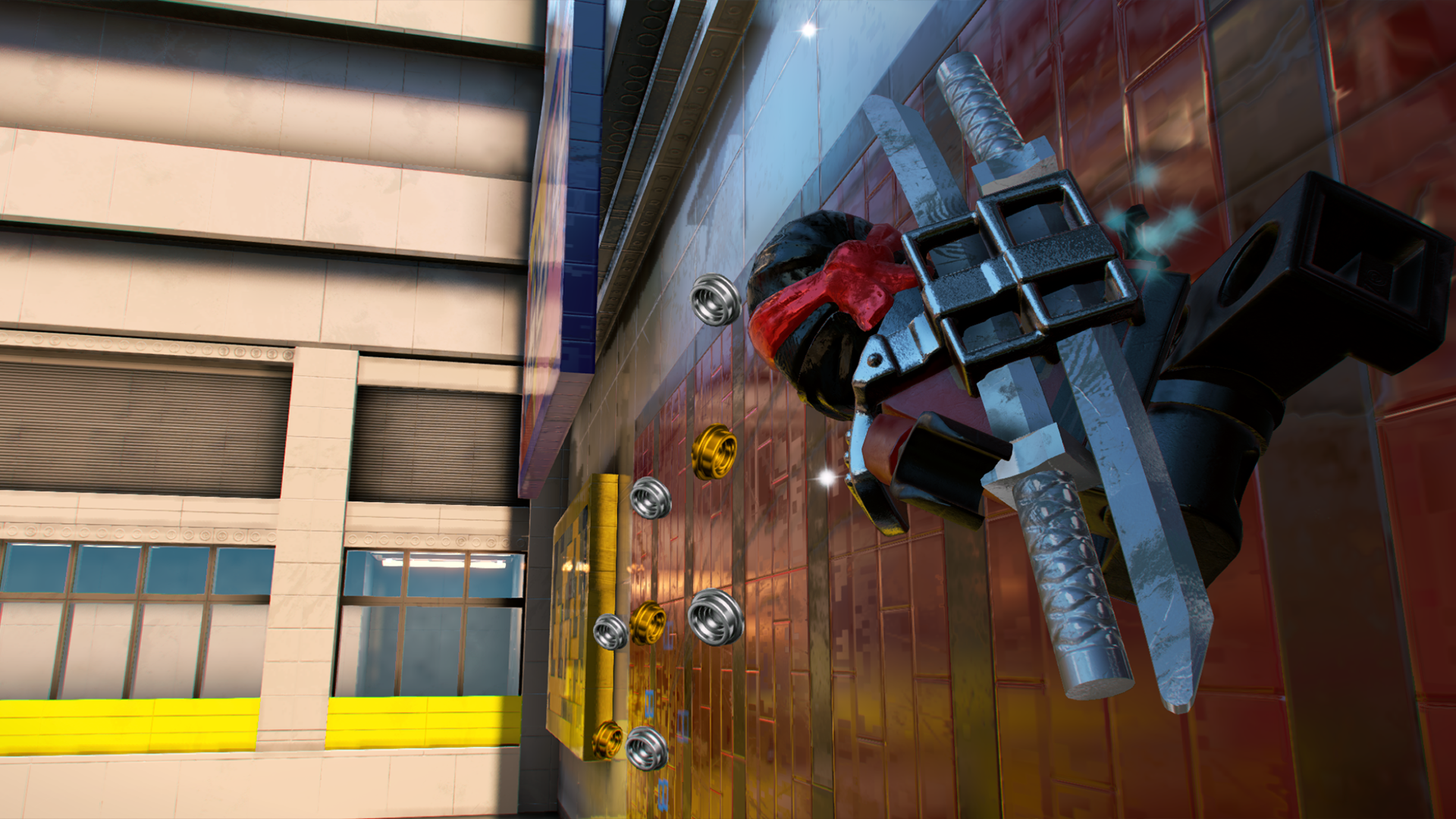 Technical faults with The LEGO Ninjago Movie Videogame don’t end there. Throughout my playthrough I bore witness to frequent screen tears and framerate skipping that made me question what was happening behind the scenes that was so labor-intensive. Sure, there are times where enemies and studs (currency, not otome men) were coming from every angle – those slowdowns made sense. Other times I would just be walking around the open world to see some jagged stuttering. Then, there are the two or three hard resets I had to do when the game would just crash on me.

With that said, it was easy enough for me to completely lose track of all that stuttering in the gameplay. In what I imagine is a more-complicated mechanic than most kid-targeted action games, The LEGO Ninjago Movie Videogame forces players to switch up their tactics against enemies that seem to learn from your strategies. Sure, you only have a handful of techniques (be it normal punching, Swooping Hawk, or Flying Butterfly) but I did always find myself switching up my playstyle to aim for higher combos. 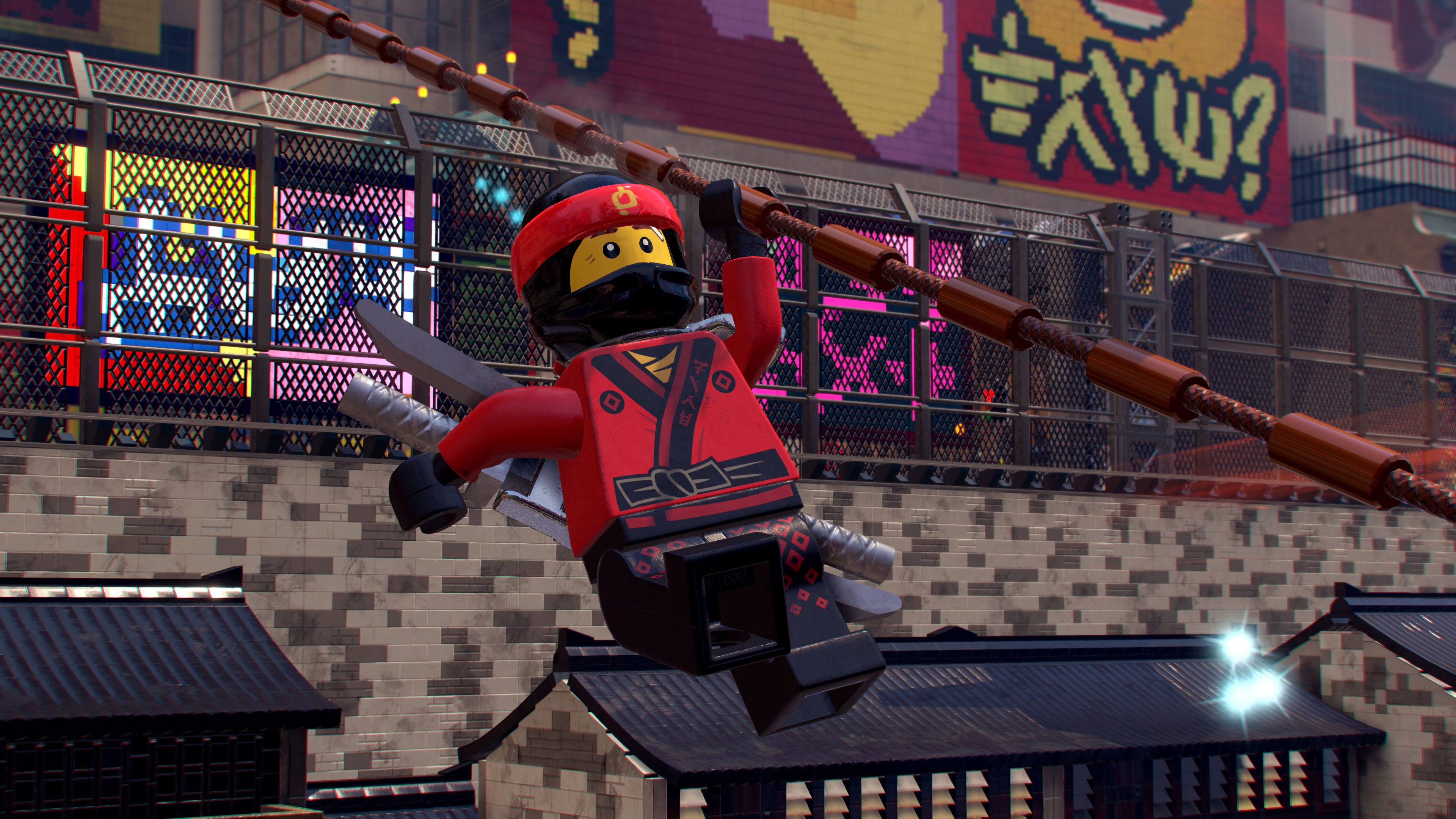 Once the game’s campaign has finally wrapped up, you get the whole of Ninjago to explore – along with an ancillary Battle Mode. And let me tell you – Battle Mode is pretty sweet. After playing through the story, the game feels like if Mario Kart 64’s battle mode was an action game. With power ups, combat, and a healthy mix of capturing flags, the Battle Mode offers a satisfying filler that will be great for those missing Local Co-Op.

The LEGO Ninjago Movie Videogame is by means going to be my pick of the season, but I’d be lying if I said it didn’t keep my thumbs busy for a few days and a smile across my face. Filled with light-hearted comedy, the game is a breath of fresh air for those looking for lighter fare in their Fall lineup. And while the game certainly feels limited due to it being so tied to the underlying movie it is based on and technical issues, the game is a solid purchase for both children and children at heart.