Originally known for the party classic You Don’t Know Jack, developer Jackbox Games has since dominated the living rooms of homes everywhere with the company’s line of party game collections, The Jackbox Party Pack.

Aside from giving players the chance to have a good time (and test the boundaries of humor that is considered “in good taste”), The Jackbox Party Pack games have provided plenty of creative and witty games for anyone to enjoy, but also accessibility in that anyone with a phone (or other smart device) can hop in and join the fun. Luckily, the series’ latest installment, The Jackbox Party Pack 4, is back and bringing the series’ biggest collection of party games yet.

With this week’s release of The Jackbox Party Pack 4, we had the opportunity to chat with Jackbox Games writer and director Spencer Ham for some more insights (and a good dose of humor) on the series’ latest release, which includes the sequel to an old classic — Fibbage 3 — and four brand new games: Monster Seeking Monster, Survive the Internet, Civic Doodle, and Bracketeering.

Spencer Ham: We strive to make each installment of The Jackbox Party Pack better than the one before it. (We keep telling our CEO that it would be A LOT easier if we became complacent, but he won’t have it.)

Heading into The Jackbox Party Pack 4, our goal was to keep pushing the envelope while maintaining those core elements people have enjoyed in Party Packs 1-3.

We’ve learned over the years that an 8-player game just isn’t big enough for some parties, so this year we’ve added a 16-player game in Bracketeering. Monster Seeking Monster is also an innovative game for us because its core mechanic revolves around text messages. Oh, and you’re all monsters with secret powers who are trying to date one another. You know, that old idea.

R: For the four new mini-games in the collection — Monster Seeking Monster, Survive the Internet, Civic Doodle, and Bracketeering — where did the initial ideas come from that led to these new games?

We pitch a ton of game ideas throughout the year. Once we went into production with a couple of these titles, we then focused on game ideas that would best complement them. Variety in these Party Packs is a priority for us.

“We pitch a ton of game ideas throughout the year…Variety in these Party Packs is a priority for us.”

R: Over the past few Jackbox Party Packs, I’ve found that a lot of the best games of the series revolve around players trying to come up with the best/funniest responses to different prompts or questions.

What is it like for the team in trying to come up with new ways to let players be funny with each collection? Has that been a challenge leading into the series’ fourth installment now?

SH: It’s a fun challenge. Our writing team is filled with experienced improvisers and sketch comedians, so that helps.

Essentially, you get somebody else’s comment and then re-contextualize it (with a headline, hashtag, etc.) to make that person look ridiculous. It uses a different muscle in the brain to be funny.

R: The Jackbox Party Pack 4 features the return of an old favorite with Fibbage 3. What can players expect from Fibbage 3 compared to its previous installments, and why was the team interested in returning to it a third time?

SH: They can expect a lot more content and features, including new question types and a brand new game mode: Fibbage: Enough About You, where you guess the weird facts about your fellow players.

Fibbage is one of our most-played and celebrated games, so picking it as an anchor for Party Pack 4 was pretty much a no-brainer. As long as there is news reported in Florida, we will always have fun making that game. 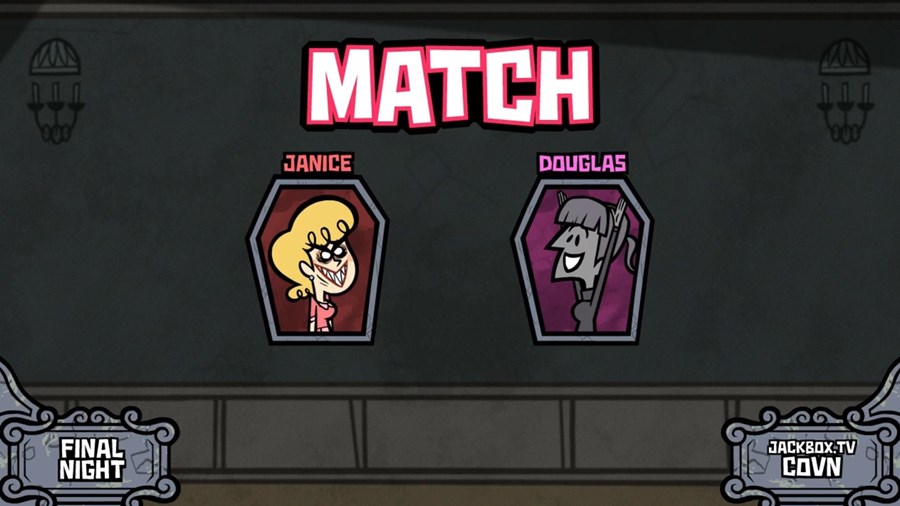 “There are a lot of different ways to be funny, and we think we reached new territory in Party Pack 4.”

SH: It has influenced our games quite a bit. We’re always looking to improve the experience for people who primarily play with their online community. The Jackbox Party Pack 4 is filled with even more audience interaction.

In games like Monster Seeking Monster and Fibbage 3, the audience has more direct involvement in the game because they can collectively play as a monster or enter their own lies to fool players. And in Civic Doodle, the audience can express themselves in the most powerful way possible: by shooting out emojis.

R: Like with Fibbage 3 and past sequels to favorite Jackbox games (like Drawful 2), are there other games from the past Jackbox Party Pack collections that you might have in mind to return to down the line, whether as part of a new Jackbox Party Pack or a standalone release?

SH: In regards to the Party Pack, we like to have a “tentpole title.” If a game has good fanfare and we feel like there’s something new we could add to it, then there’s always a possibility we’ll revisit it.

That said, no official decisions have been made yet about our future titles. We’ll keep you posted! 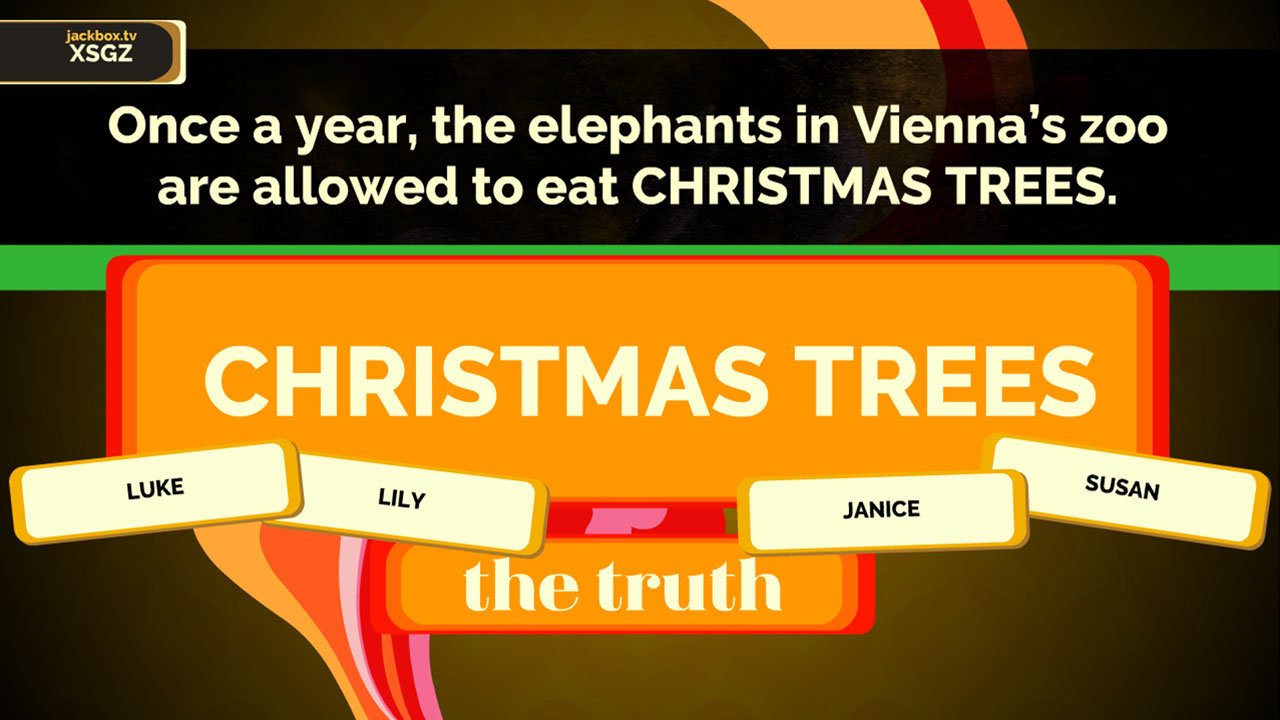 “Fibbage is one of our most-played and celebrated games, so picking it as an anchor for Party Pack 4 was pretty much a no-brainer.”

R: Over the course of the year, the previous three Jackbox Party Pack titles have all been brought over to the Nintendo Switch.

Since the system seems so well-suited to games like The Jackbox Party Pack series, would you explore making games that utilize some of the system’s more unique features? (like HD Rumble, etc)

SH: We’re thrilled to have our games on the Nintendo Switch! Its portability means people can throw a party just about anywhere–even in a living room!

We still plan on using phones as controllers across platforms, however, so the only vibrations you’ll feel will most likely come from your phone. Advancing what we can do on the phone is the top priority for us, at the moment.

R: What has been one of your favorite lines/responses you’ve created in one of The Jackbox Party Pack 4’s games?

SH: There are a lot of fun jokes in this pack. It’s hard to pick, but the final night song from Monster Seeking Monster gets us every time. If you aren’t singing that song days later, then you are the real monster.