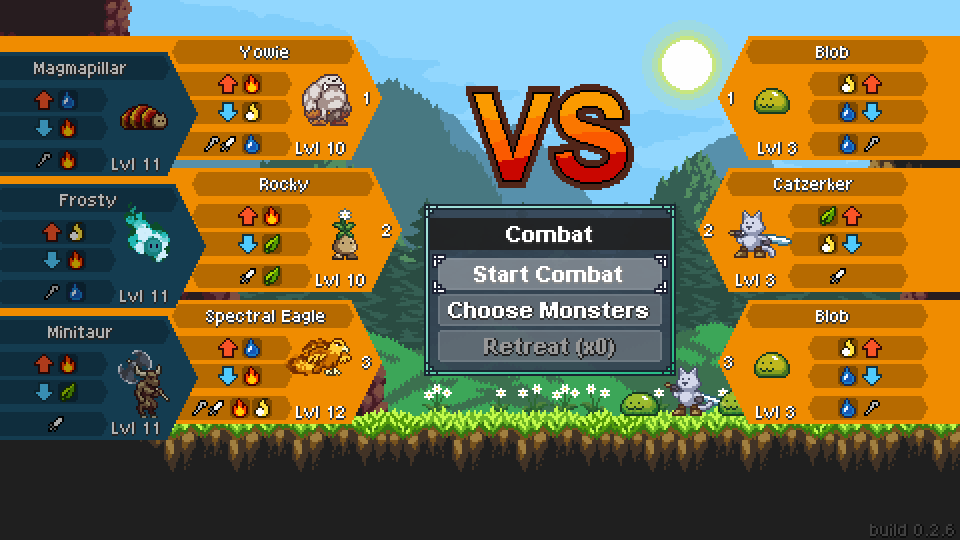 Monster Sanctuary is a fascinating fusion between Pokemon monster battling and Metroidvania world exploration. The team at Moi Rai Games launched the game in early access this August, and has steadily been adding new content to the game. Their newest update adds online multiplayer battles, something many fans have been asking for. Give the new trailer a watch below.

Adding online multiplayer to a game like Monster Sanctuary is an important step that Moi Rai absolutely had to take. Players who invest time into Pokemon and Pokemon-like games expect to be able to test their mettle against other trainers. So, it’s great to see the team get this feature in the game. Hopefully, by getting it into the early access version relatively early, they will have plenty of time to balance the six-on-six battles appropriately before the full release.

Coming along with the PVP mode are a few other changes. Notably, a new monster has been added to the game for players to catch and train. And, as ever, several balance tweaks are now in the game. The list of changes might be a little longer than usual, but that makes sense given how many changes Moi Rai likely had to make to get multiplayer balanced.  The next update will include a brand new area for you to explore. If it’s as good as Horizon Beach, players are likely to be very happy.

Monster Sanctuary is out in early access now on PC via Steam. Eventually, the game will come to both Nintendo Switch and PC.

Is The Day Before Coming To Console? PS5 and Xbox Series X Explored
Outriders: How to Complete the Have A Drink With Your Friend Side Quest
Warzone and Cold War: Playlist Update Today (April 15) – Patch Notes, Changes
Civ 6 April 2021 Update – Release Date, Naval Units, Patch Notes Tease
Warzone & Cold War: Hellscream Mastercraft Bundle – Images, Cost, How To Get It