I have always enjoyed the LEGO video games, with the LEGO Star Wars franchise being my all-time favorite. So, when I had the opportunity to play the latest entry in LEGO’s expanding series — LEGO Worlds — I was pretty hyped. Having spent the last several moments of free time I had to play the game, I am sorry to say that out of all the LEGO titles I have played this one was the weakest entry and failed to keep me coming back for more.

Even for a sandbox game, LEGO Worlds was extremely open-ended, featuring an unlimited amount of worlds to visit — on the verge of being aimless. While there was no narrative to advance the game further, the story had other methods of in-game progression. Each world features appropriate items and characters, which matched the corresponding world (e.g., prehistoric world featured cavemen).

“…on the verge of being aimless.”

The first three worlds serve as a bit of a tutorial, and by the end of the tutorial, you earn all the in-game tools needed to build whatever your heart wishes. Normally while it wouldn’t be an issue to have all the proper tools from the start, LEGO Worlds felt a bit overwhelming when I picked up a new building tool every time I landed on a new planet — especially when I was still stumbling with the previous one I acquired.

Once you land on a new world, your primary focus is to collect gold bricks, either by opening hidden treasure chests or, more often than not, by completing quests for the residents. These quests range from saving a cave dweller stuck in a landfill to painting someone’s house an entirely different color.

Unfortunately, a majority of these missions are extremely repetitive — the differences are minimal between worlds, characters, and specific requests the NPC. It feels like the developer chose quantity over quality in this aspect and it ultimately hurts the experience.

Instead of the main tasks rooted in completing quests, it would have been cool to allow us to build new things in a world that suffered from a natural disaster or something like that. I didn’t feel like I am on an adventure 90% of the time and, to be honest, it started to feel like a chore to play the game.

On top of world progression, the game offers a leveling-up system; when you collect a certain amount of gold bricks, you will level up, giving you additional abilities and world generation options.

Aside from the fact that you can obtain new building tools, players can also earn in-game currency called studs.In LEGO Worlds, studs are used to unlock new objects, which you can place in any world you want. Players said can obtain studs by completing quests in each world, breaking certain objects, or discovering new items with your discovery tool. I found no issue collecting more than enough studs to purchase what I wanted with more than enough left over.

When you’re not performing repetitive quests, the tools that are available to you are enjoyable to use. For instance, I enjoyed the Copy Tool which allowed me to cut and paste a building. Instead of having to build a new one from scratch, if you wish to add some modifications to an already existing building, you have the freedom to do so, and once you finished customizing it, you can save it for later instead of having to go back to it; kind of like a blueprint. Of course, if you’re looking to create something that is a bit more free-reign, there is a free build mode. 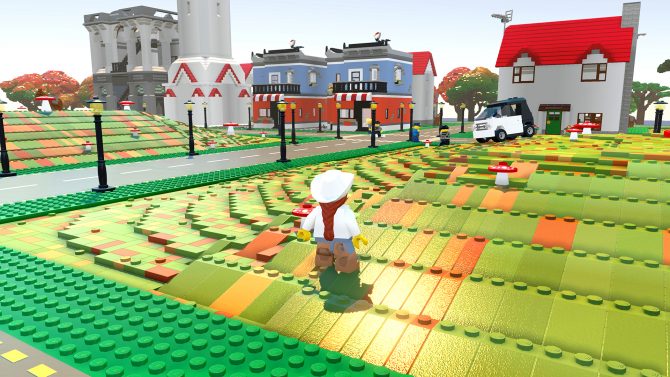 Speaking of the free a build mode, the actual mode is locked behind a collectathon — which requires you to find all 100 gold bricks in the game. It is a nice reward for completionists, but those that were looking to toy around and not perform the actual quests come up short.

One of the most frustrating things I endured at LEGO Worlds is how to pick what type of item I want; having to navigate numerous menus was annoying. I wish there would have been an easier way to navigate which device you wanted, having to maneuver through menus was painful and took slowed down my momentum when I was building in the game.

The camera was also a pain to control and felt too loose for my liking. Hopefully, in the future, an update will feature world-sharing, similar to Super Mario Maker, where you can look at custom worlds from people worldwide as well as share your creations. 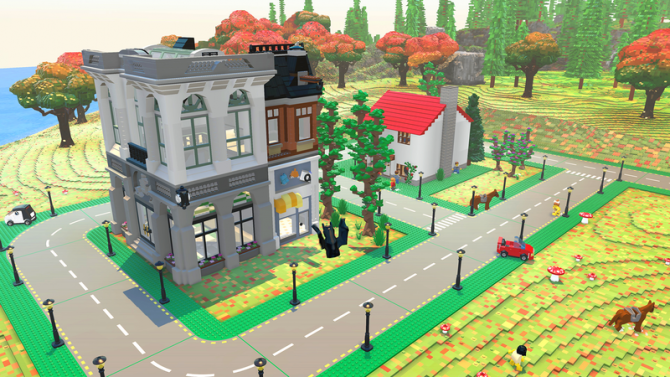 “…what [LEGO Worlds] does well is leagues ahead of building concepts found in Minecraft and MySims.”

LEGO Worlds is by no means a bad game — what it does well is leagues ahead of building concepts found in Minecraft and MySims. But at the same time, the flaws of the game hold it back from being a great game.

LEGO Worlds is fun in small increments and I would be lying if I said this game does not hit the target audience’s expectations. If you like sandbox games with open-ended gameplay, or are looking for a decent Minecraft alternative, this game is for you; unfortunately there just was not enough substance in the aimless gameplay loop for me to keep me coming back.