It’s undisputed that Halo 3 was a pretty big game-changer when it released in 2007. It capped off a now-legendary trilogy of games, bringing with it technology that would influence some of the best first-person shooters for years to come. Even now, almost 13 years after the launch of Halo 3, I still find new first-person shooters that draw at least some inspiration from it, such as the Metro series.

But to me, what made Halo 3 so special wasn’t its advanced enemy AI, varied and satisfying guns and gunplay, or even the story it told. Yes, all of these things were great, but they’re not why Halo 3 is important to so many people that played it over a decade ago. The credit for that lies solely with two of the game’s modes: Forge and Custom Games.

Along with its arrival on Halo: The Master Chief Collection on PC, Halo 3 brought those two iconic game modes with it. PC players now have access to Forge and Custom Games not just in Halo 3 but also in Halo: Combat Evolved, Halo 2 and Halo: Reach. These two game modes are now a definitive collection of all the assets that made the series great and give players the onus to do whatever they want with them. In a way, The Master Chief Collection–although currently lacking Halo 3: ODST and Halo 4–now feels complete on PC. 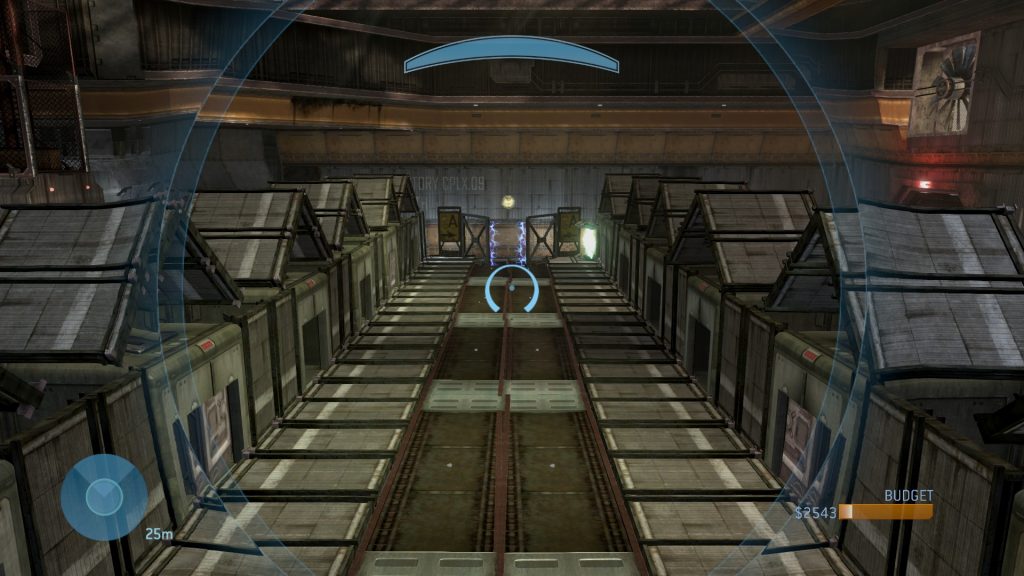 “These two game modes are now a definitive collection of all the assets that made the series great and give players the onus to do whatever they want with them.”

Halo: The Master Chief Collection was made to be a definitive collection of the Halo titles, and thus far, it’s been working towards that goal. However, there’s no such thing as a finished Halo game without Forge and Custom Games. It would be like a Smash Bros. title with no items; they’re not necessary to play the game and have fun, but it sure wouldn’t be the same without it. The sheer hours upon hours of entertainment that Forge and Custom Games bring to not just Halo 3 but any entry in the series dwarfs what would be there without them.

Let me rewind a little and put this in perspective. I’m a ripe ol’ 24 years old now, so when Halo 3 came out, I was only 12. I still managed to get it on my Xbox 360 (thanks Mom and Dad) and played it for hours a day. While I was a fan of the game’s multiplayer, a brilliance in its own right, that’s not where I spent most of my time. My friends and I played an endless amount of Custom Games instead, sharing laughs and discovering new ways to play our favorite game.

In a way, Halo 3 was the high point for a kind of renaissance in user creativity in video games. Players were given access to everything they needed to make whatever Halo game type they wanted, and very often those games ended up being more fun than the game’s regular multiplayer matches. Some of those old game modes have even stuck with me through the years; I can still remember playing “Duck Hunt,” where one player has to snipe golden-armored “ducks” before they reach the end of a course. “Jenga” was another highlight in Custom Games, where players would be stuck on a tower of vehicles, pallets, and concrete barriers while another player launches objects at them with a man cannon. These two experiences along with many others are burned into my mind, and they were crafted by other players just like me. 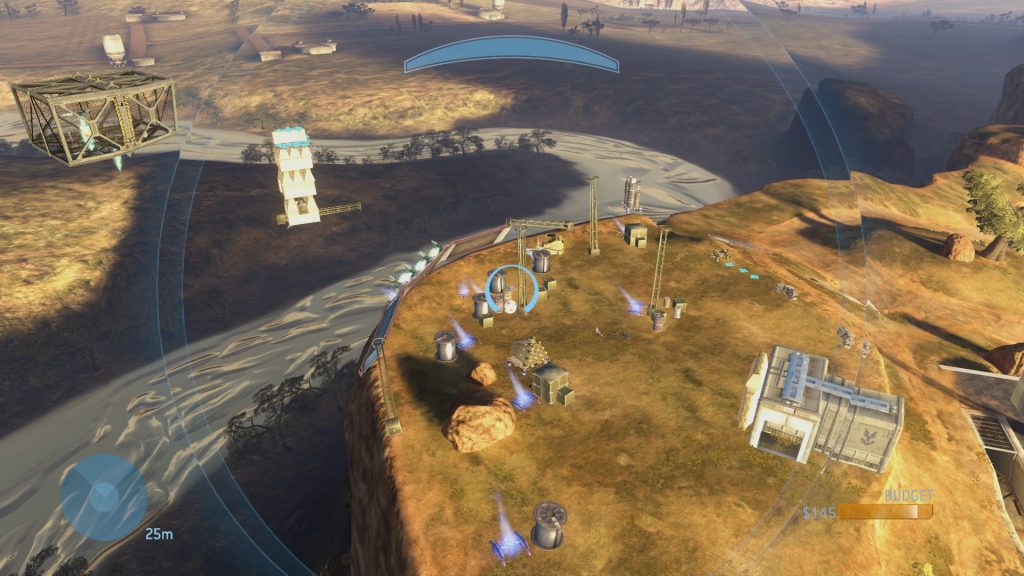 “Players were given access to everything they needed to make whatever Halo game type they wanted, and very often those games ended up being more fun than the game’s regular multiplayer matches.”

Now, all of these experiences are available on PC. Sure, some need to be recreated, but thanks to the efforts of the Halo community, there already has been a ton of work done to recover or remake the game modes that entertained us over a decade ago. Therein lies part of the magic of Forge and Custom Games, something that without them, Halo titles would have had an enormous problem actually doing. These two game modes, more than any official multiplayer game type made by Bungie or 343, created a vibrant community.

Looking back at Halo 3’s days on the Xbox 360, finding the best maps and game types from other players was like finding a needle in a haystack. I would go into a multiplayer game and then look through the shared files of the people I had played with. Sometimes I’d find a new game or map that looked like something I wanted to try out myself; at other points, there would just be goofy clips or pictures worth a laugh, and then I’d move on. The file share system allowed me to find new, good content in Halo 3, although without any assurances. On PC, there isn’t an official method of finding new games, but players are slowly figuring out how to do it themselves.

What’s even better is that new content is going to start being made as well, alongside these past favorites from the original game. Most of what I’ve been talking about so far just involves the past content from Forge and Custom Games–what community members are remaking for The Master Chief Collection on PC–but not what will be done moving forward. Of course, I have no idea what will come out of players now and how it will compare to the creations of players ten years ago, but what I’m sure of is that they’ll be stunning.

But that’s kind of the best part. See, all the games I reminisce about are from a much, much different culture than the one we know today. It’s not just that the PC version of The Master Chief Collection finally feels complete, but that what is essentially an entirely new audience will have access to it. I’m not looking forward to the creations of people like me, that have played the game to hell and back. Instead, it’s the fresh minds–the people playing for their first time ever on their computers–and what they decide to do with something that spawned so much creativity in the past. 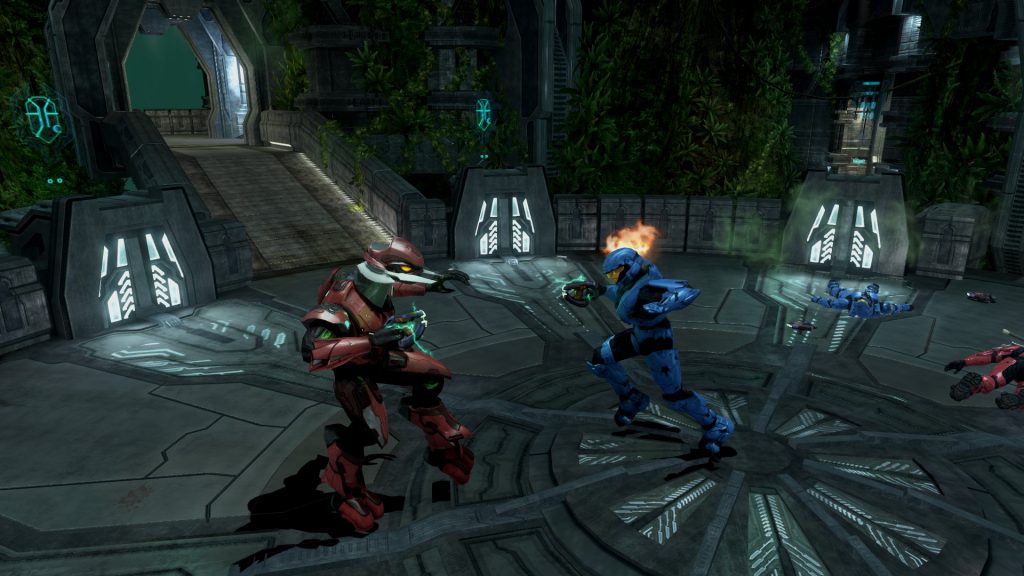 “These two game modes, more than any official multiplayer game type made by Bungie or 343, created a vibrant community.”

Meanwhile, I played my first batch of custom games just yesterday. For the first time in a decade, I played “Jenga” and “Ice Cream Man” with my friends. We reminisced about playing these games in middle school, long before we knew one another. We joked about our parents letting us stay up late to play, then laughed our heads off when a Wraith was launched at our little concrete and wooden perch.

Halo: The Master Chief Collection is a celebration of the Halo franchise; it brings every entry in the series together, not just so that a new generation of players can experience them or that old fans can play them again on their beefed up PCs. For someone like me, the MCC is a way to revisit the past, and to experience the games we used to play with virtually fresh eyes after a decade or more. Now with the inclusion of Forge and Custom Games, that experience is completed. Sure, the MCC is lacking ODST and Halo 4, but what’s more important to Halo: experiencing its lengthy story or reliving the memories you have with it?

The post Halo: The Master Chief Collection on PC Finally Feels Complete With the Return of Forge and Custom Games by Otto Kratky appeared first on DualShockers.