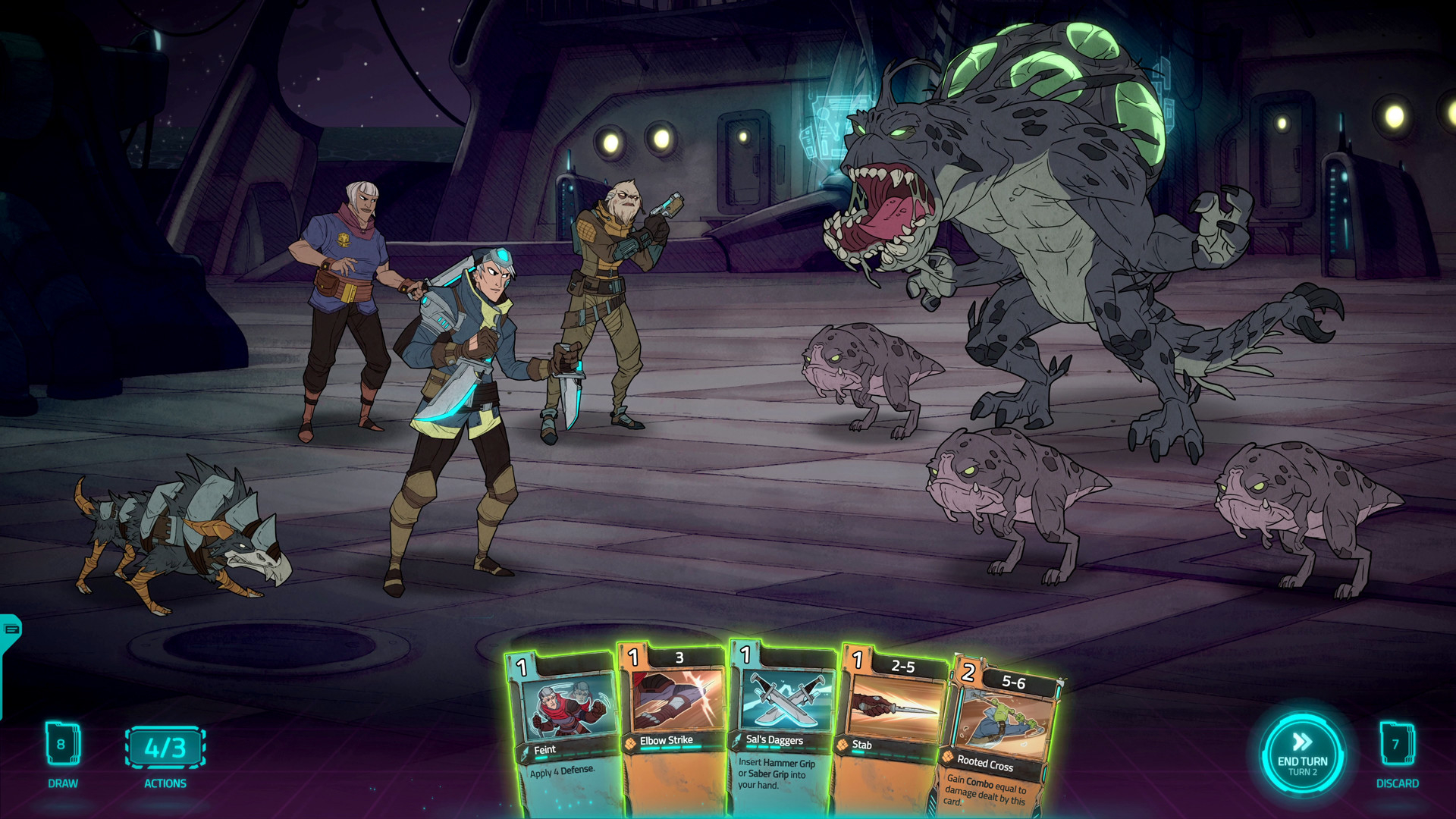 The original version of Griftlands from Klei Entertainment was announced way back in 2017. However, since then, the game has gone through quite a few changes. The Don’t Starve devs transitioned from an open-world RPG to a card-based system, revealing the sweeping changes at E3 2019. At that point, they launched the Alpha version exclusively on the Epic Game Store. The exclusivity is only for one year and now, players who prefer Steam finally can check the game out for themselves. Check out the new announce trailer below to see the early access version in action.

Deck-building games have become all the rage over the last few years. And, rightfully so. After all, they completely took the board gaming world by storm when Dominion released. It was only a matter of time before they took over the video game landscape.

However, Griftlands isn’t just another deck-building rogue-like. I mean, it is that, but it mixes in some nifty choice-based RPG mechanics to spice things up. I haven’t played the game yet myself, but it sounds a little like the board game hit T.I.M.E. Stories in that respect. Each run you’re gaining more knowledge, which helps make the combat encounters easier to overcome. Again, I need to play it myself, but, as a massive fan of T.I.M.E. Stories, I’m very excited to see if it translates as well as I imagine.

Griftlands is available now in early access for PC on both Steam and the Epic Game Store. The game is also currently running a sale, so now might be a great time to hop in.