Dynasty Warriors 9 is bringing quite a few innovations to the traditional Musou franchise; in order to know more, DualShockers had a chat with Producer Akihiro Suzuki.

First of all, Suzuki-san explained the reason behind the series’ switch to an open world map. The Dynasty Warriors series has been going on for a long time, and Koei Tecmo heard feedback from players saying that the series had become a bit repetitive. The development team wanted to try something different, and as a result they came up with the idea of the open world.

Interestingly, we hear that the map is really big, and it takes about three hours on horseback to travel across it. It also includes many settlements and cities. Depending on the character the players selects, and on the timeline, some of them are involved in the war, while other are neutral. They can all be visited and explored.

Suzuki-san also explained that the team isn’t thinking about a Nintendo Switch version of the game at the moment. PS4 Pro and Xbox One X support is also coming, and it’ll be similar to NiOh. The game will host two different options that the player can select: one mode offers stable 30 FPS with dynamic adaptive resolution starting from 4K, and another mode runs at 60 Frames-per-second, but with lower resolution.

The map is entirely explorable, and you can even climb mountains, even if there are some cliffs that are to steep, but it’s possible to find a route around them.

There is also an aspect of resource-gathering. You can collect various elements including food and materials for crafting. Within cities players can find shops, and places where you can meet other officers and generals to have a conversation.

“We wanted to try something different, so we cane up with the idea of the open world.”

Player’s choice won’t influence the actual story, as the overall flow of the narrative is linear. Yet, the way a player approaches various encounters will influence following battles. For instance, you can attack an enemy directly, or you can instead pursue secondary objectives first, decreasing the level of the main enemy and making that mission easier. You can also perform tasks for NPCs that will then come to your help in battle.

The story is divided in a series of historical time frames, and it’s actually impossible to play them all as a single campaign. At the end of each time frame, the power balance on the map completely changes. 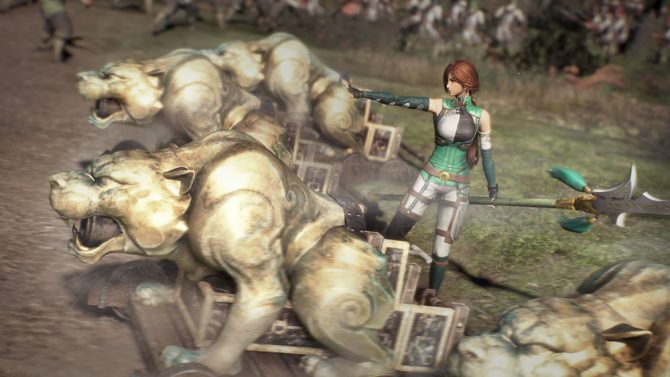 About the partnership with the AI development studio HEROZ, we learn that it happened a bit too late to apply its results to Dynasty Warriors 9, but the AI of the game has still been improved compared to previous games.

That being said Suzuki-san mentioned that he’d like to work with HEROZ’s tech for future games of the series.

“At this current moment we’re not thinking about releasing the game for the Switch.”

Besides traveling by horse, the game allows players to fast travel. There are also ferry ports on the rivers, and it’s possible to use boats there to cross to the other side. Speaking of rivers, fishing is included in the game, and the team is also considering the possibility of adding more minigames, but since they aren’t sure on whether they’ll make into the game or not, they can’t announce them for the moment. 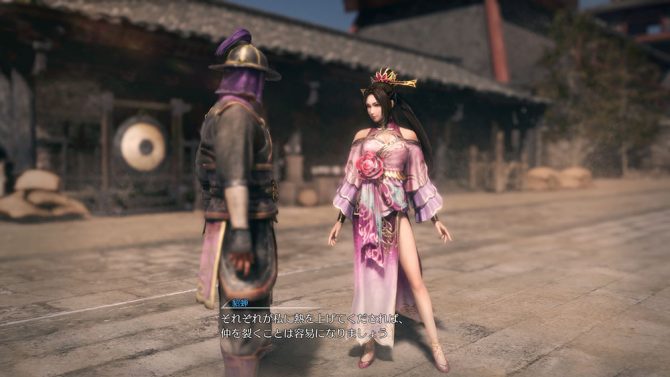 Out of curiosity, we asked how long it’s going to take to swim across the Yellow River, and we heard that it’s probably going to take about 5 minutes, as the river is about 500 meters wide in the game.

“Especially characters with many relationships become candidates, as we’re able to expand the story even further with them.”

Incidentally, the map is not designed in a 1:1 scale with the real world. Major cities in the game are about one kilometer across, while in real life they measured about four kilometers. A similar scale has been used for the Yellow River, which is about two kilometers wide in real life.

This doesn’t mean that everything is designed in the 4:1 scale that has been used for key areas. Places that are simply featureless land were further scaled down for the sake of gameplay. 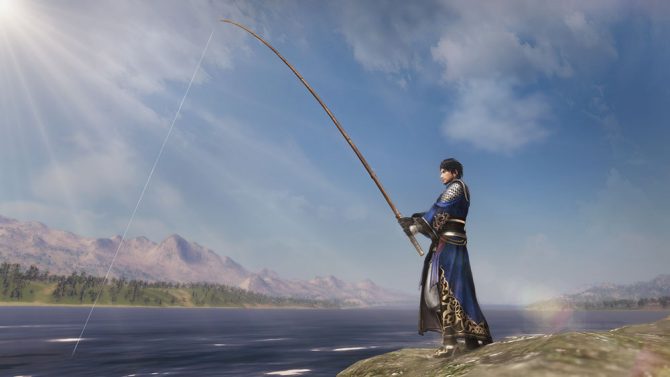 Another interesting element is the method used to decide which characters to implement as playable. The team looks at the officers that they already have, and determine which other characters have connections to them. Especially officers with a many connections become ideal candidates, as they allow the team to expand the story further.

Speaking of characters, we asked whether there is any plan to expand the cast with DLC, or with the traditional Empires edition, but Suzuki-san explained that at the moment there is nothing to share on that front.

Dynasty Warriors 9 will launch in the west in early 2018 for PS4, Xbox One and PC, while in Japan it’ll be a PS4 exclusive. If you want to see more about Dynasty Warriors 9, you can check out a batch of new screenshots, and some really sweet gameplay.