Dragon Ball is synonymous with anime as the series’ history has spanned through decades, and over the years that influence has expanded through numerous game series like Budokai, Budokai Tenkaichi, and the more recent Xenoverse titles. While each series has translated the super-powered fighting of Dragon Ball in some form or another, the upcoming Dragon Ball FighterZ from Arc System Works is going the extra step in (literally) bringing the series to life, through a visual style that feels like the anime in playable form.

During this weekend’s New York Comic Con, DualShockers had the opportunity to check out a demo of Dragon Ball FighterZ for a closer look at the fighting game and what what it will have to offer when it arrives early next year.

With a large portion of the roster available, the demo gave a good indication that though the final game will come with a lean roster of around 16 characters total, the variety and complexity of the combat system is sure to give plenty for fighting enthusiasts to sink their teeth into, and for newcomers to enjoy.

“Dragon Ball FighterZ from Arc System Works is going the extra step in (literally) bringing the anime style to life through a visual style that feels like the anime in playable form.”

Compared to previous Dragon Ball games that utilized 3D fighting styles, Dragon Ball FighterZ is a more traditional 2D fighter where players select a team of three characters pitted against their opponent’s team. Dragon Ball FighterZ structurally feels very similar to the Marvel vs. Capcom series, in that players can bring in their teammates for assist attacks and/or swap them out at opportune times.

Naturally, that leads to being able to chain together strings of attacks against your enemy to devastating effect, while the specific character combinations that you choose can open up wildly different effects.

Coming from the developers of the Guilty Gear and BlazBlue series, it’s clear that Dragon Ball FighterZ is designed with fighting game enthusiasts in mind. Like Marvel vs. Capcom, those that are willing to sink in the time and dedication to learning its deeper mechanics will find a lot to be rewarded with, especially when it comes to the roster and learning how to combine characters for the best combos.

In my time with the demo, I went with a team of Trunks, Piccolo, and Krillin, and found each to have incredibly varied playing styles, along with my opponent’s team of Android 16, Vegeta, and Majin Buu. 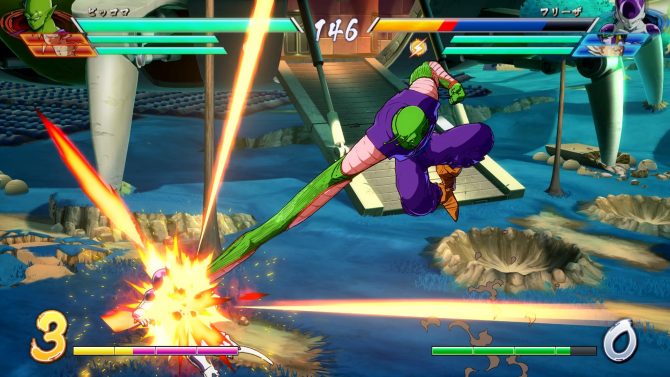 “Dragon Ball FighterZ structurally feels very similar to the Marvel vs. Capcom series, in that players can bring in their teammates for assist attacks and/or swap them out at opportune times.”

Combat takes the form of a fairly traditional Light-Medium-Heavy arrangement for attacks, along with a button saved for your character’s projectiles. However, more specific attacks and powers can be used with quarter circle motions and other button combinations. On top of that, a character’s “Ki” meter at the bottom of the screen can be charged up from either attacking the opponent or taking hits, allowing players to then use more devastating special attacks and supers against their opponent.

There’s a lot to take in from Dragon Ball FighterZ, and it was clear to me that even though you can get the hang of the controls pretty easily, there is much more depth that goes beyond the game’s surface.

If you’re like me on the other hand and aren’t necessarily the most hardcore of fighting game fans though, Dragon Ball FighterZ  won’t leave you in the dust either. As much as the game displays a clear appreciation for those that are willing to learn its deeper mechanics and systems at play, the game is still a hell of a lot of fun even if you’re a beginner or new to fighting games in general.

I even managed to win the match during my time with the demo, which (hopefully) shows that Dragon Ball FighterZ seems like it will be a welcoming experience for those of a more casual skill level, or just looking forward to the game’s crazy visuals. 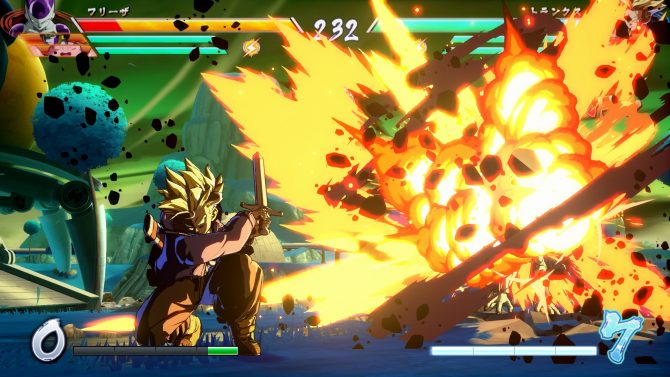 “There’s a lot to take in from Dragon Ball FighterZ, and it was clear to me that even though you can get the hang of the controls pretty easily, there is much more depth that goes beyond the game’s surface.”

Dragon Ball FighterZ played incredibly well during our demo, and it’s even more encouraging that the game looks just as incredible. Enough has already been said since the game’s reveal on its visuals and style that it perfectly captures the frenetic style of the classic anime series, but finally seeing the game in motion left me even more impressed at how it accomplishes this.

The most surprising element of Dragon Ball FighterZ‘s visuals was the fact that the character models themselves are in 3D, which honestly blew me away at first when I realized it. Looking at a glance you’d think they were hand-drawn visuals (which I especially thought after playing Cuphead recently), but when the camera swoops in close on the characters during their intros and you see that they are actually 3D, it’s truly a testament to the design and character models that they look strikingly like that of the show.

Of course, the game itself feels very Dragon Ball — Kamehamehas and various other energy projectiles whiz past the screen and characters teleport around the stage in the blink of an eye. However, the game manages to keep all of these Dragon Ball elements without getting too chaotic, which it could have lent itself to easily. There’s a lot happening on-screen at any given time, that’s for sure. But, it’s far from overwhelming and only adds to the authenticity that Arc System Works was able to produce in capturing the qualities of the show, I think, more so than any other Dragon Ball game that I’ve played before it. 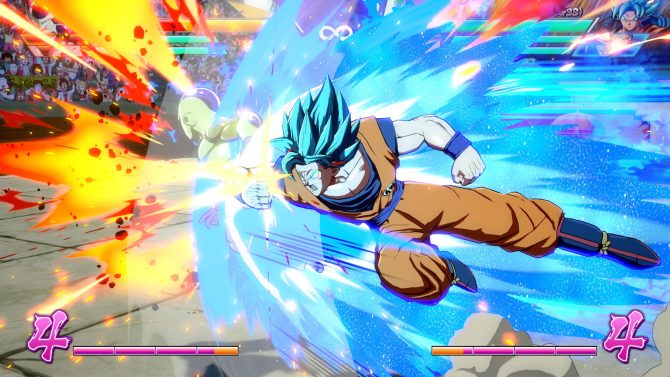 “Dragon Ball FighterZ really does feel like the anime series come to life.”

As a former Dragon Ball Z watcher during the series’ heyday, Dragon Ball FighterZ really brought out some found memories of the iconic anime series: but even more so, it was an absolute blast to play. While I’m not necessarily either a huge Dragon Ball superfan or a hardcore fighting game player, what I played of Dragon Ball FighterZ (so far) seemed to strike just the right balance of being approachable and satisfying to play, but with clear lines of depth and strategy for higher-skilled players that will surely sink dozens (or hundreds) of hours into the game.

Even though I haven’t watched Dragon Ball in years, Dragon Ball FighterZ really does feel like the anime series come to life, and I’ll be ready to start my training for it now.

Dragon Ball FighterZ will release for PS4, Xbox One, and PC in February 2018.