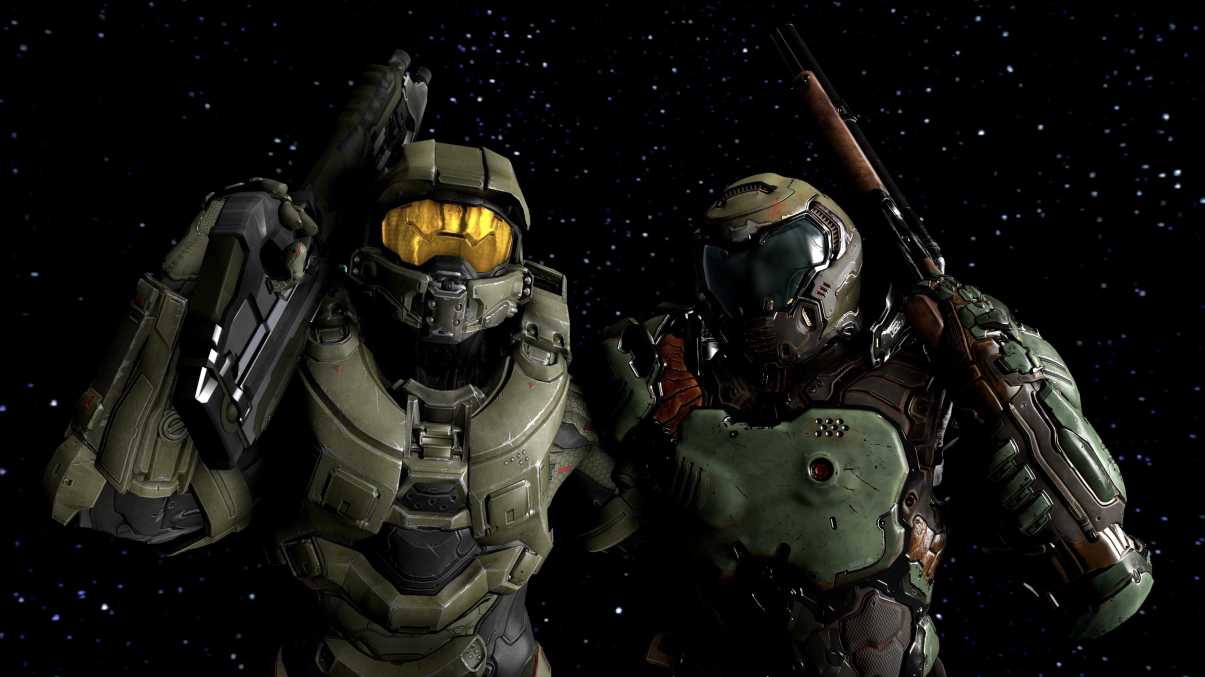 There’s no doubt about it: Xbox Game Pass is the best deal in gaming. Offering tons of high-quality games for a small subscription fee, Game Pass is one of the Xbox ecosystem’s strongest features. Now that Microsoft’s acquisition of ZeniMax Media is continuing to take the final steps of being solidified, there’s no better time to be a Game Pass subscriber. So, here are six Bethesda games that we want—need—to appear on Game Pass.

One of my favorite games from a year of excellent games, Dishonored always seems to get forgotten. The stealth-action first-person assassin game is one of the best games published by Bethesda. Luckily, its sequel Dishonored 2 is on Game Pass, but as a fan of the entire series, I think it deserves a spot.

The reboot Wolfenstein series are some of the best FPS games ever made. Turning a tired premise into something fresh is not an easy feat to accomplish, but Wolfenstein: The New Order, The Old Blood, and The New Colossus managed to do just that. It’s a shame that only the series’ black sheep Wolfenstein: Youngblood made the cut.

The Elder Scrolls series is one of the dominant western fantasy RPGs in all of gaming. Currently, only Skyrim and The Elder Scrolls Online are on Game Pass which does the entire series a huge disservice. Oblivion paved the way for so many RPGs that followed, so I think people should get the chance to give it a spin if they haven’t already.

For similar reasons to Oblivion, Fallout 3 should be easily accessible and playable to everyone through Game Pass. Its DNA can be seen across the entire gaming landscape. From a preservation standpoint, it would be cool to revisit the DC wasteland once again on the Series X. That said, Fallout: New Vegas is already on the service which took everything Fallout 3 was trying to accomplish and used that as a jumping-off point.

The DOOM reboot accomplished so much. Among other things, it reminded people that the DOOM series is one of the top dogs in the FPS genre. Last year’s DOOM: Eternal is on Game Pass, sure, but here at DualShockers we can never get enough “rip and tear.” Bring us more of that fast-paced, high-octane, run and gun gameplay, please.

Now hear me out: I know that Deathloop is coming out as a Playstation exclusive as a result of deals between Sony and ZeniMax made before the Microsoft acquisition. However, I think Deathloop should be on Game Pass as soon as possible to show people just how influential the acquisition will be. Obviously, it can’t go up on day one, but when it does, I think that will be emblematic of what Microsoft’s purchase means.

What do you think? Let us know what I missed in terms of Bethesda Game Pass games down in the comments below. Stick with DualShockers for all things Bethesda.