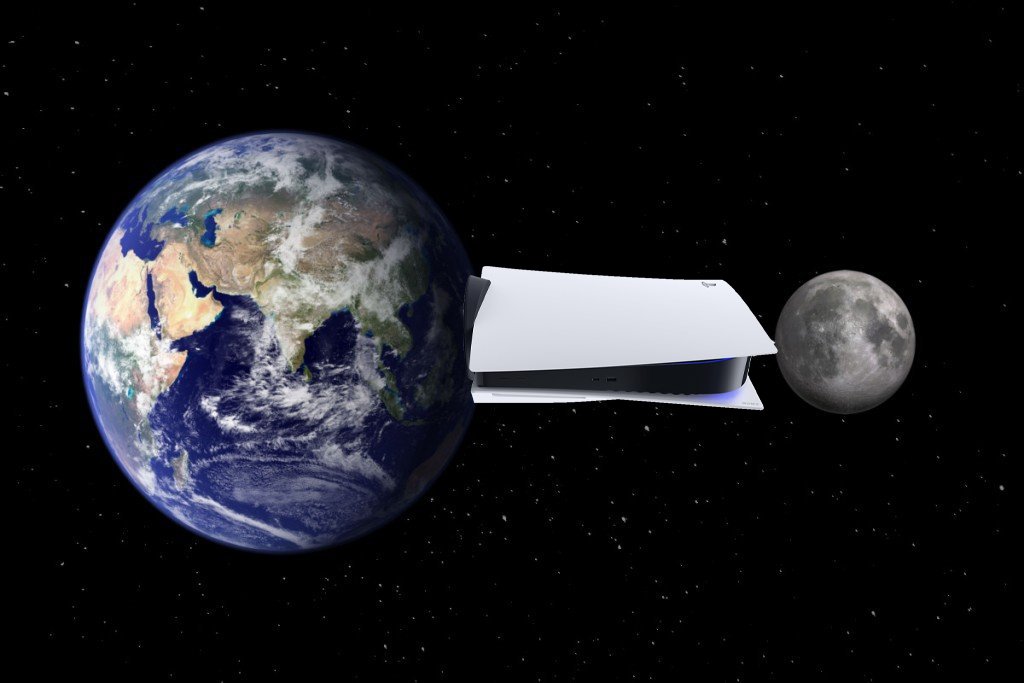 Earlier this week, Sony published their earnings report for Q3 of 2020. In it, there were some staggering figures about how much money the company has made from the PlayStation brand. Alongside that information, the company revealed that, despite how tricky they are for consumers to get their hands on, the PS5 sales are over 4.5 million. A gigantic number that, for me, is hard to truly comprehend. I know it’s big, but just how big? It left me wondering, “if you stacked all 4.5 million PS5’s on top of each other, would they reach the moon?” Let’s find out.

As we know, the PS5 is the largest console in modern history standing at 15.4 inches (39 cm) tall when placed upright. The moon is on average 238,900 miles (384,400 km) away from the Earth. Finding out if all 4.5 million PS5 sales will get us there will just take some simple equations and conversions. First, we need to see how many inches are in a mile (or how many centimeters are in a kilometer) and then figure out how many PS5’s will fit in that space.

*NOTE: these two numbers are slightly different because of the way we rounded, in the second step.

So clearly, the 4.5 million PS5 sales aren’t anywhere close to the 982 million needed to make it all the way to the moon. Only time will tell if Sony will ever reach 982 million sales, but as the best selling console of all time, the PS2, only sold 157.68 million it’s doubtful that they will ever reach those heights. That’s not to say that 4.5 million PS5 sales are anything to scoff at, quite the contrary, it’s nice to see that Sony is on track to meet and exceed the success of the PS4.

The post Would 4.5 Million PS5s Reach the Moon? by Peter Hunt Szpytek appeared first on DualShockers.