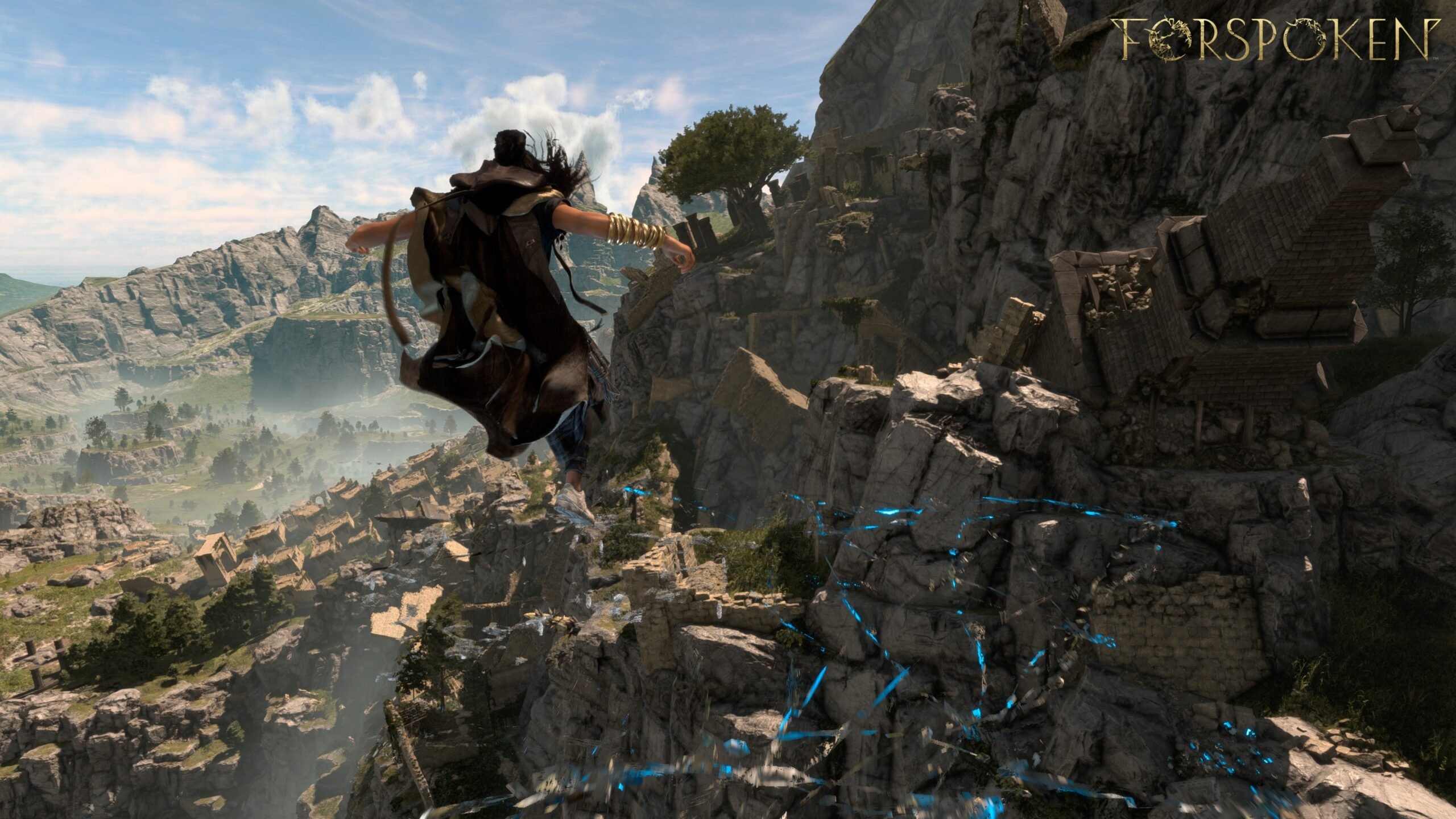 Square Enix has revealed more on Forspoken, (Project Athia) and I’m sure you’ve seen the story trailer, revealing the protagonist is a New York resident sent to a fantasy world – this sounds like an Isekai anime, but Forspoken will be fundamentally different for several reasons.

Here’s a quick reminder of what we know about the game so far. Forspoken was initially announced as Project Athia in June 2020, as a triple-A action RPG. The game stars Frey, a young woman from New York City, who ends up in the magical world of Athia.

Frey will embark on a quest with Cuff, a talking bracelet who helps her out. She’ll learn to cast various types of spells, and use her parkour skills to travel around Athia. Frey will also befriend Johedy and Auden, two Athians who’ll help her in her adventures. Lastly, Frey will eventually clash with Tanta Sila, an evil ruler terrorizing the lands of Athia.

Forspoken was also confirmed to be an open world. The game is developed by Luminous Productions, who teased the project back in 2019.

Explaining Isekai and the Narou genre in anime

If you’ve watched some anime recently, chances are you’ve stumbled into an Isekai, an “Another World” series. These are the most prolific type of anime series by far these past ten years. And they usually feature protagonists teleported or reincarnated into a fantasy world.

Popular examples include shows such as Re:Zero − Starting Life in Another World, and KonoSuba: God’s Blessing on this Wonderful World!.

However, it’s important to understand all these stories, commonly classified as part of the “Isekai genre” are actually part of the Narou genre. This genre name comes from the site Shousetsuka ni Narou, “Let’s Become Novelists”, a site where anyone can upload their web novel to be read. The vast majority of Isekai anime of the last ten years were originally self-published novels on Shousetsuka ni Narou.

Moreover, Shousetsuka ni Narou was initially a fanfic site, before banning fanfiction in 2012. This led many of the self-published authors to start writing original stories, but by reusing concepts from popular anime and games. This is why so many Isekai series all reuse the same character concepts and JRPG based world-building. Like the concepts of Level, Hero, and Demon Lord. With the protagonist being able to open a game-like status menu.

From what we’ve seen so far, it’s unlikely Forspoken will be following any of the story patterns commonly found in the Narou genre.

Examples include: having an overpowered protagonist from the start. Or the protagonist introducing modern technology and cooking techniques into the fantasy world. As for female protagonists, they’re often reincarnated into the villainess of their favorite Otome game. This isn’t the case of Frey, and I don’t believe she will suddenly get a harem of hot princes either.

Forspoken is “Isekai” anime before the advent of the Narou genre

In the 80s ad 90s, there was a plethora of anime, games, and manga with protagonists sent to another world. Most of the time, these stories also had female protagonists. Sent to another world to accomplish their destiny, before going back home. Forspoken is much closer to these franchises than today’s Narou anime.

Manga or anime series like Aura Battler Dunbine, Leda: The Fantastic Adventure of Yohko, Magic Knight Rayearth, The Twelve Kingdoms, Escaflowne, or Studio Ghibli’s Spirited Away are some of the many examples.

When it comes to games, you have the Valis series, or the Super Robot Wars Masoukishin games. Square Enix tactical RPG series Final Fantasy Tactics Advance is a perfect example too. While they could be called “Isekai”, none of these franchises are part of the Narou genre, and the same can be said for Forspoken. It’s completely different from today’s Isekai and Narou anime.

What do you guys think of all this? You can always reach me on Twitter @A_iyane07 for a chat on the Narou genre and web novels. Forspoken will be available on PS5 and PC in Spring 2022.