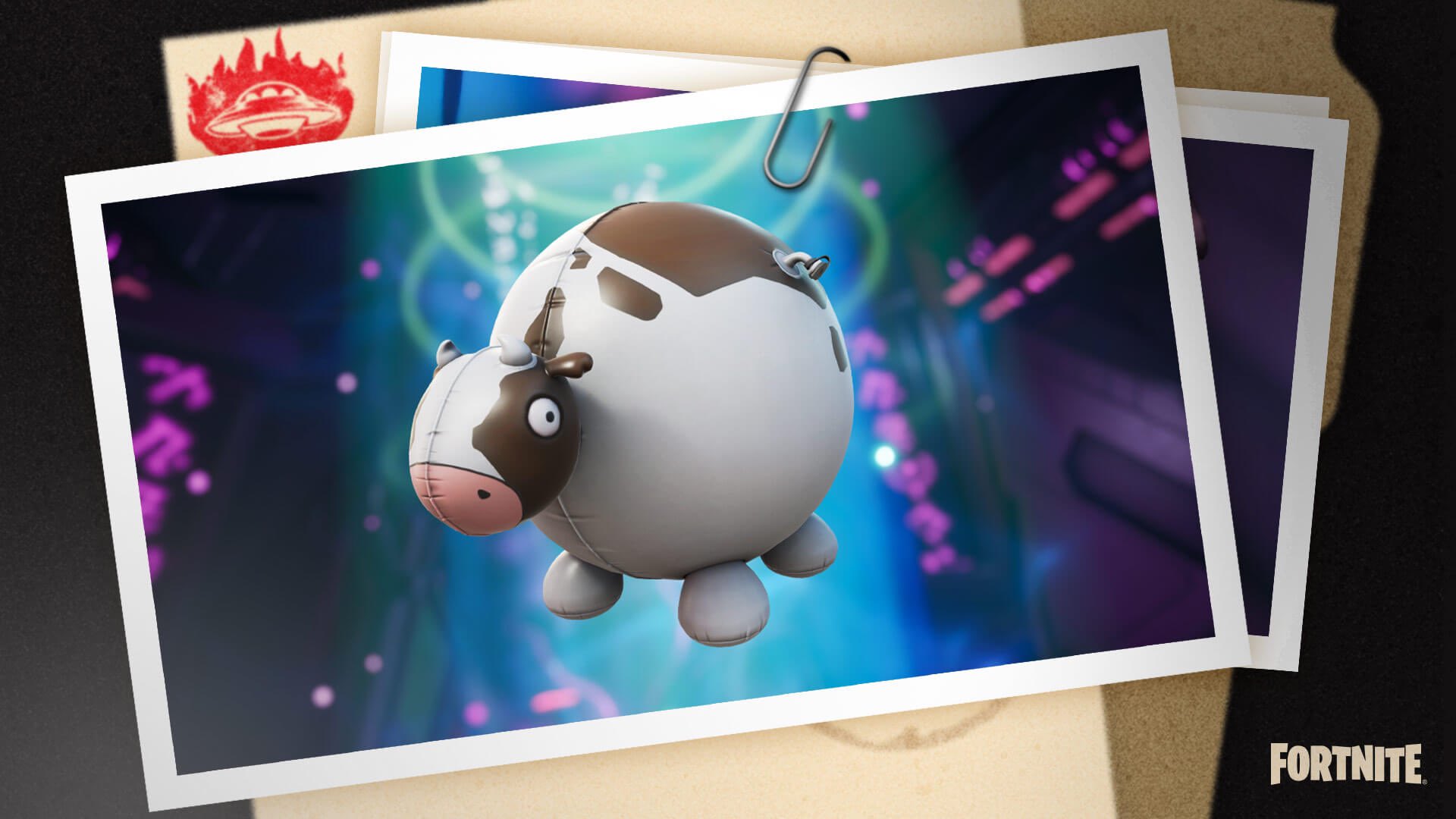 A brand new hotfix update has arrived in Fortnite and it brings with it a rather interesting new item, the Inflate-A-Bull!

This brand new item is available in Fortnite right now, as part of the July 13 hotfix. This is the final content update of v17.10 as a new patch is expected to go live next week on July 20th.

The final hotfix/content update for Fortnite v17.10 is now live and it includes two new changes to the Battle Royale game.

Secondly, Holly Hatchery, previously known as Holly Hedges, has been taken over by Alien Guards. More Alien Parasites have also been spotted at the point of interest, so make sure to be on the lookout.

It can also be purchased from the Rick Sanchez NPC for 25 Gold Bars. Rick can be found East of Weeping Woods, but he will only have 1 Inflate-A-Bull in stock, so be quick.

So, what does it do?

Players can pick up the Inflate-A-Bull and when in your inventory it will automatically equip to your back. When equipped, it can be used to evade dangerous situations. If a player is to jump from a high place when the Inflate-A-Bull is equipped, it will encase them inside of the inflatable bull and let you bounce around without taking any damage.

But be warned, it does only have a certain amount of health and will pop if it gets shot. It also has a short cooldown that’s longer if it is shot, if a player manually deflates the bull then the cooldown will be much shorter.

Check out the clip below, from Twitter user GhostOpsFN, to see the brand new Inflate-A-Bull in action.

The post What Is The New Inflate-A-Bull Fortnite Item? – How To Find, Use, and More by Kyle Knight appeared first on DualShockers.