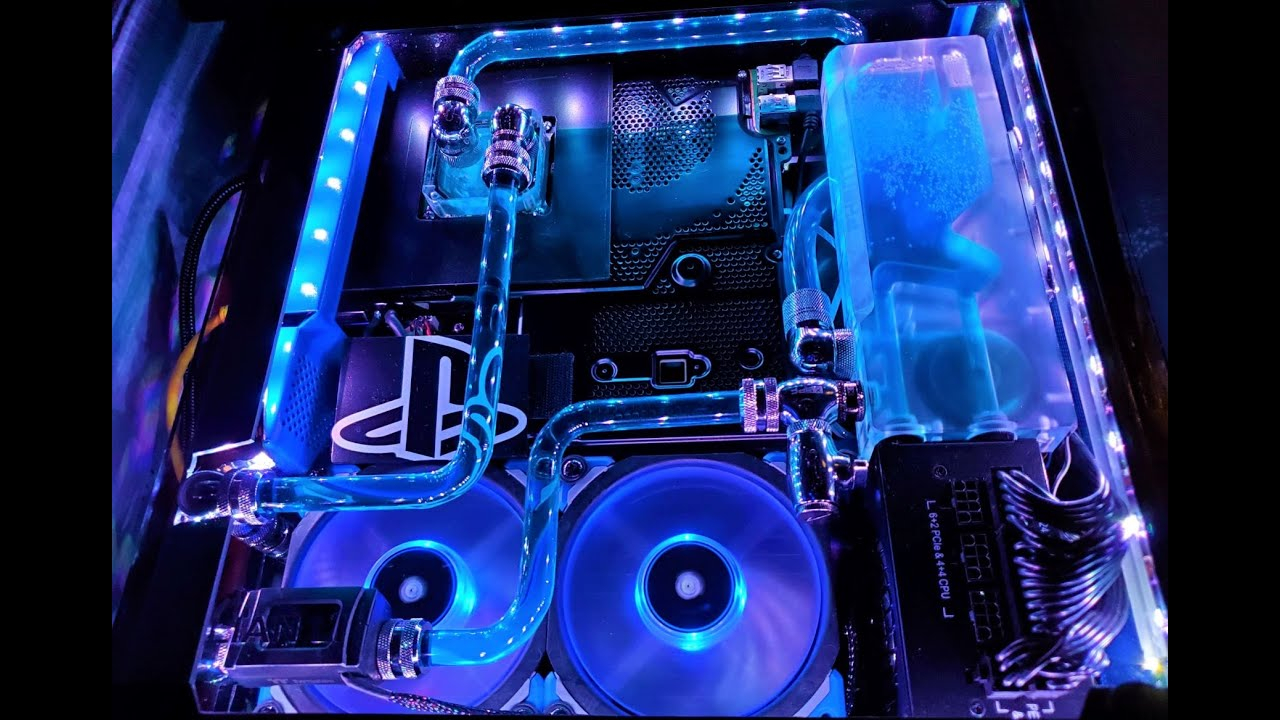 If you are anything like me, your PS4 Pro has been chugging while running some of the bigger games of last year. And while many of us are doing the normal things to clean out the PlayStation 4 fans and heat sinks, others are being more… creative. Specifically, a PS4 Pro owner has managed to add in water cooling (alongside some new lights and a 2TB hard drive) to make a super-juiced console.

Seen in the video below, the water-cooled PS4 Pro is really an incredible sight. With the only major drawback being that the new cooling system (obviously) wouldn’t be able to fit in the compact package of a standard PS4 Pro, the custom job (created by YouTuber JMAGG) isn’t something you would like to hide away:

Oh, and the other drawback? All the components combined would cost about $1000 and three weeks to put together according to comments from the creator.

With that quote in mind, it’s obvious why Sony doesn’t consider these kind of showpieces — even for their higher-end Pro builds that we saw this generation. While we don’t know a ton about what the upcoming next-gen PS5 build will look like, it’s pretty obvious that they will not be the first consumer water-cooled home gaming console.

JMAGG has made a name for himself in the dedicated PS4 modding community — while some of his most popular videos has been creating LED custom DualShock 4 controllers, the most similar project would be the God of War themed PS4 Pro that he did around the launch of that game.

In other PlayStation news, next gen and PS5 is the major talking point with so much information up in the air. Whether we are talking fake leaks or rumored releases, much of the industry and PS4 fans are waiting with bated breath for more information. Hopefully, rumors about part scarcity driving up prices are untrue.

PS4 Pro (noncustomized) is available now, if you haven’t made the upgrade. Meanwhile, the PS5 will be available Holiday 2020.

The post This Water-Cooled PS4 Pro Is the Coolest Custom Job You’ve Ever Seen by Lou Contaldi appeared first on DualShockers.