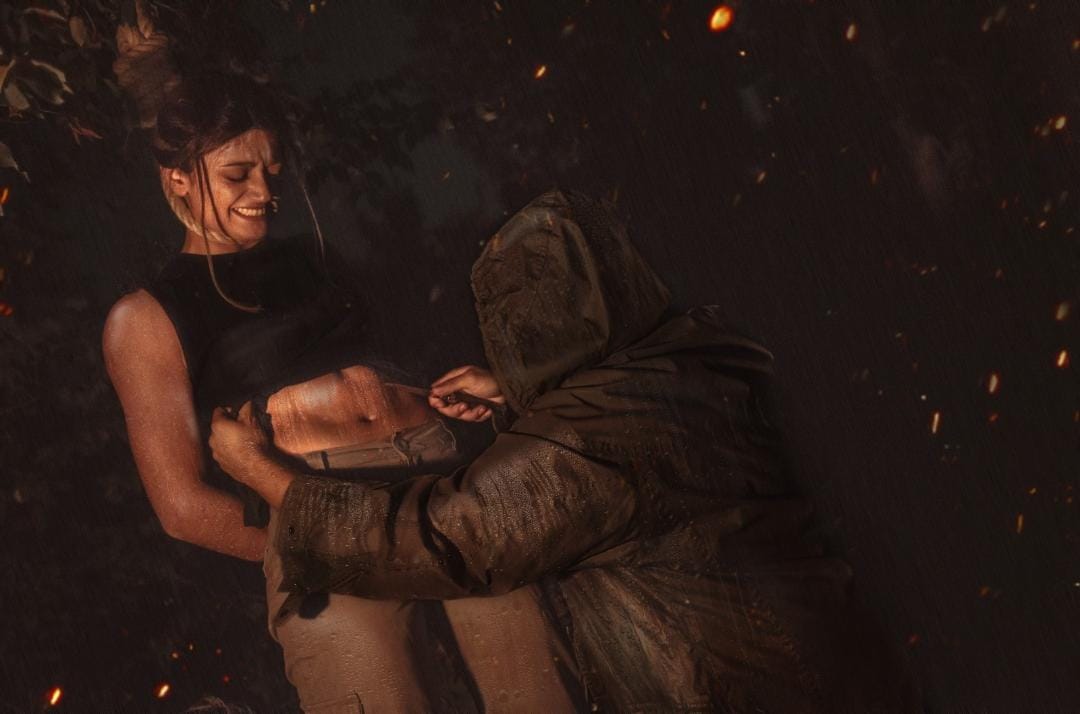 “They are nested with sin.”

When it comes to horrific and gory scenes, The Last of Us Part 2 has it down to a tee. Some players believe that Joel’s brutal and blood-soaked death was by far one of the worst images they have laid their eyes on but in reality, there’s so many to choose from in Naughty Dog’s latest post-apocalyptic endeavour.

Violence and horror is something you certainly need to get accustomed to fast in TLOU2 with very few light moments in between but thankfully, its gripping story and tense moments kept fans on the edge of their seats throughout. One particular scene where Abby was about to get her stomach sliced open by the Seraphites is one of many that stands out.

If you were hoping to forget this moment and allow it to slip into the dark abyss of your memories, cosplayer Alessia Grassi has other ideas.

The harrowing moment where Abby is caught and strung up by her neck is gut-wrenching to watch but Italian artist and cosplayer Alessia Grassi reenacts the scene with perfection. As you can see, Grassi, and just like Abby, is about to spill her guts by a member of the Seraphites who believes she has “nestled with sin” and tries to perform their religious act on her body.

Grassi does a fantastic job at portraying Abby’s fear in this nerve-wracking moment. The Seraphite performing the disgusting act is @bboy_trik and the genius who edited the image is Cristina Lepore @fotografacida.

Just in case the image has unnerved you, the noose has been added using photoshop so Grassi wasn’t actually hanged for the love of their art. If you’d like to check out even more awesome TLOU2 moments and cosplays, head on over to HotGarbageTeam’s Instagram page.

The post The Last of Us 2: Abby Cosplayer Reenacts That Brutal Scene by Rachael Fiddis appeared first on DualShockers.