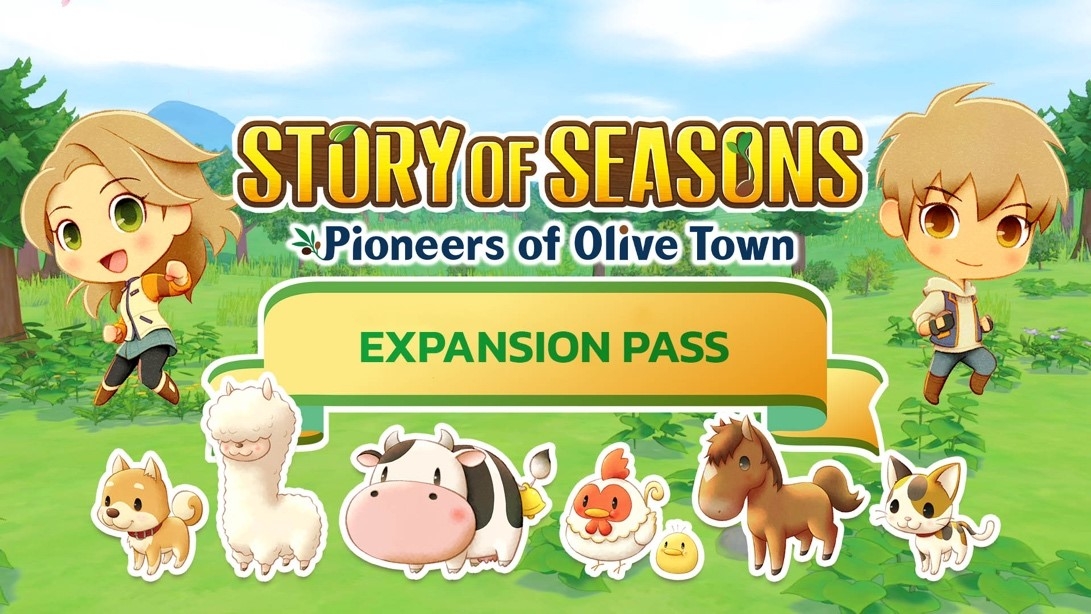 The release for the latest entry into the Story of Seasons series, Pioneers of Olive Town, is fast approaching. The game was revealed as part of a Nintendo Direct Mini showcase in 2020 and is set for release on the Nintendo Switch this February in Japan and a month later in the West.

In the lead up to launch, publisher XSEED is revealing a few details to get players excited. Last week, we were treated to a look at the game’s five male and five female marriage candidates, and now plans for the games expansion pass have been laid out.

April’s content consists of a new “Kigurumi” outfit for the main character and the ten marriage candidates, as well as a mini scenario titled “Olive Town Mystery File.”

May will see content that “adds new places, residents, and two romance candidates based on the theme of the past series.” In the love candidate pack “Kaze no Kohan”, four residents make their way to the “well-ventilated lakeside from The Land of the Beginning of the Ranch Story”.

The expansion pass will also come with three bonus outfits. They are “Western style of Kanata and Nanami”, “Yuto and Naomi’s hoodie style” and “Pete and Claire overall style”.

Sinnoh Remake, Pokemon Snap and More Pokemon Presents Direct Predictions
Is the Verdansk Map Going Away – Warzone Season 2 Update and Theories for 2021
Fortnite Peter Griffin Skin Could Be the Next Best Thing in the Game
Valheim Fuling Totem – How to Find This Item and What Is It Used For?
Among Us Airship – New Map Details, New Developer Update on Release Date and More