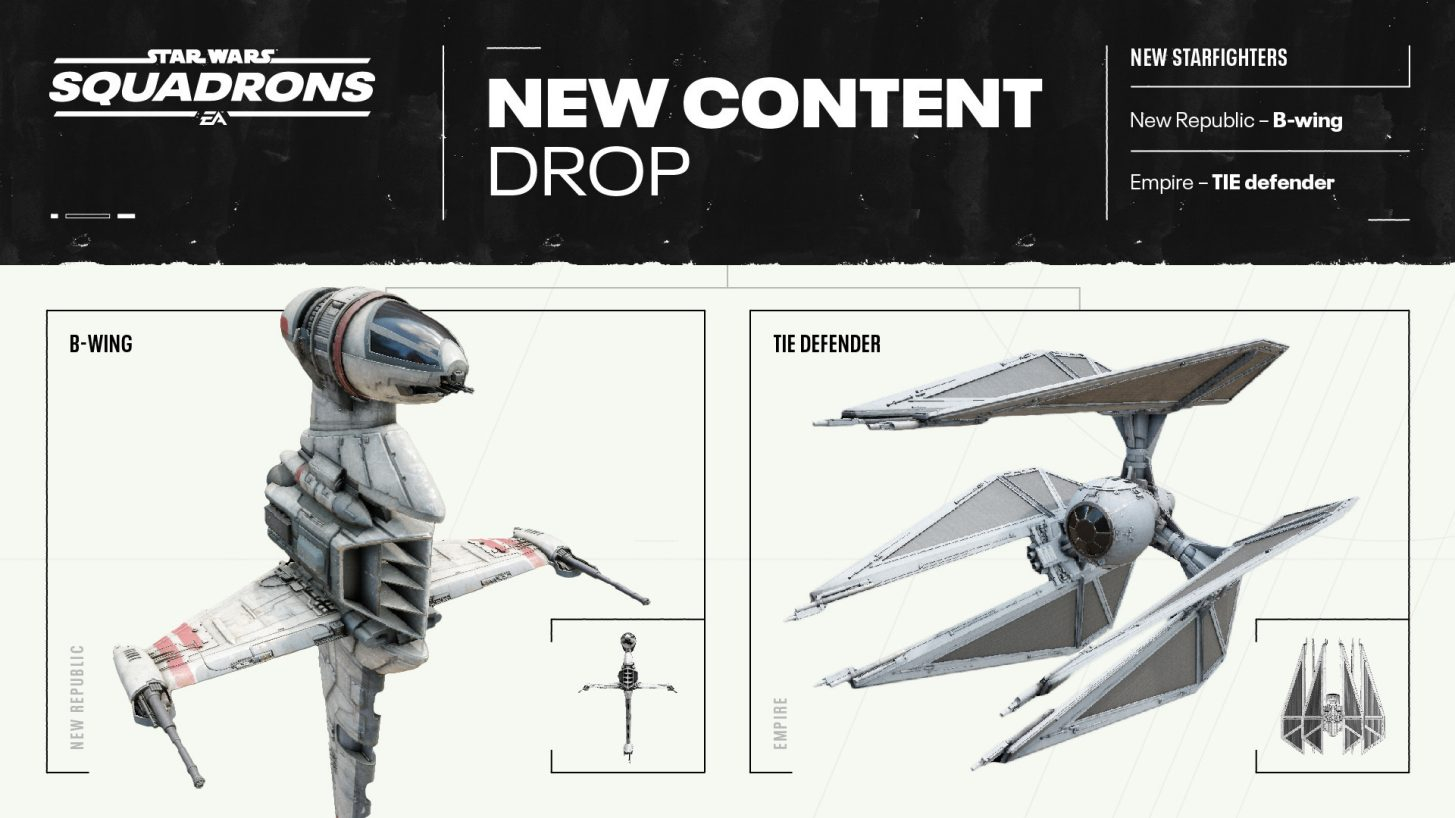 EA’s Star Wars: Squadrons has been doing well for itself since launching last month. Obviously, it wasn’t the critical hit the company was probably hoping for. That said, the first-person dogfighter has built a solid audience and sold a fair share of copies in its launch month. And now, the team is dropping two free content releases over the course of the holiday season. It’s nothing too massive, but I’m sure fans of the game will be happy for even more to do.

B-wings, TIE defenders, Custom Matches, and more! Read up on all the content coming to #StarWarsSquadrons these next two months: https://t.co/WvkoAojCtQ pic.twitter.com/QV3yjU6RkK

The first drop for Star Wars: Squadrons will hit on November 25. Players will have access to a new multiplayer map and some new components. The map takes players to Fostar Haven, which many will likely remember from the prologue of the single-player story. That said, it has been updated a bit to make it a better fit for the game’s multiplayer modes. The new components will give you some extra options in those dogfights. Whether it’s a boost extension kit or a new set of rockets, you’ll have a few extra tools in your kit.

The second release comes in December and brings with it two new starfighters. Both the B-Wing and Tie Defender are welcome additions to the interstellar garage. Alongside all this content, players should expect some more basic updates and improvements along with the addition of custom matches. All told, it’s a nice little package that will only improve Star Wars: Squadrons value.

Star Wars: Squadrons is available now on PC, PS4, and Xbox One.