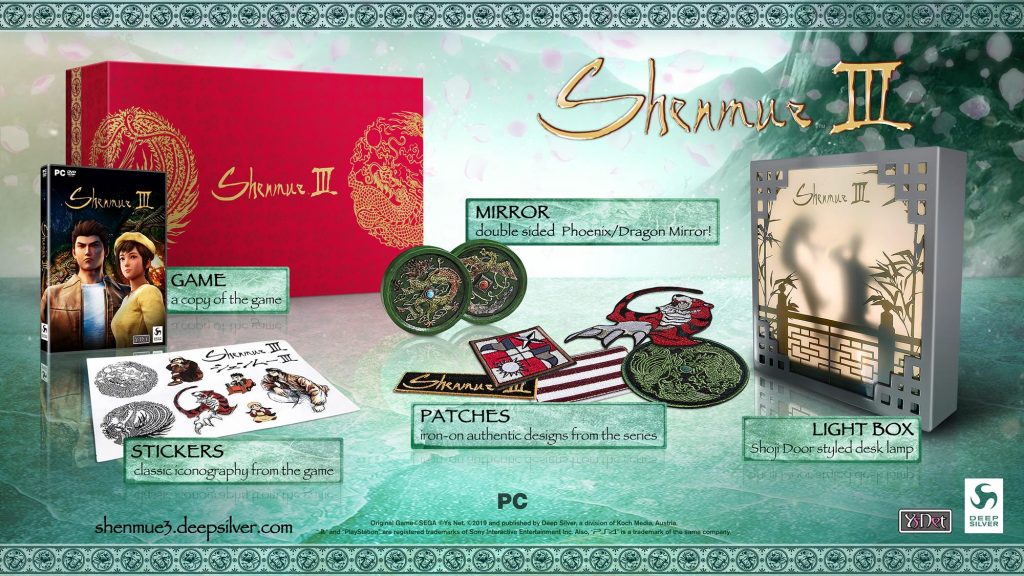 At the Limited Run Games showcase for E3, the company announced that they will be the sole distributor for the Shenmue III Collector’s Edition. The Collector’s Edition will be available for both PlayStation 4 as well as PC. There is no telling whether or not the PC copy of the game is a disc or a code for the Epic Games Store which was announced to be an exclusive title for the platform.

Included in the Collector’s Edition is a copy of the game, stickers, patches, and a double-sided mirror with one side showing a phoenix and the other a dragon and a lightbox. All of these items will be packaged in a very nice looking red and gold box. The Shenmue III Collector’s Edition is not yet available for pre-order so be sure to follow Limited Run Games on Twitter for updates. This is typically the main location in which the company will update players with announcements.

If you want to purchase the game physically without the Collector’s Edition you can still pre-order the game at all your regular gaming retailers.

Shenmue III is set to release November 19, 2019, on PlayStation 4 and PC exclusively on the Epic Games Store.

You can watch the newest trailer for the game below.