Entergram announced on August 27 that Gensou Rougoku no Kaleidoscope, also known as Kaleidoscope of Phantasm Prison, will launch on December 17, 2020 in Japan, on PlayStation Vita, PS4, and Nintendo Switch. The game will be 4400 Yen in physical, 3960 Yen in digital, and the limited edition is 7700 Yen. All prices are tax included.

Kaleidoscope of Phantasm Prison was first officially announced on August 8, 2019, and is a horror-themed ADV written by Ryukishi07. The main author of 07th Expansion’s When They Cry series: Higurashi, Umineko, and Ciconia. The game also includes BGMs by Dai and xaki, two composers of When They Cry.

Kaleidoscope of Phantasm Prison was supposed to launch on November 28, 2019 in Japan. An indefinite delay was however announced in September 2019 due to production issues. After a short development update back in May 2020, the game finally got a release date now.

The game was first teased back in March 2018, under the code name Sangeki Sandbox, with only the names Ryukishi07, Itaru Hinoue, and no other details. That was enough to get any otaku hyped though.

Kaleidoscope of Phantasm Prison is the story of four girls who end chained up in a torture room. 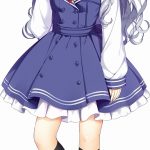 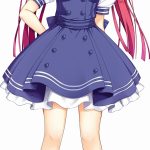 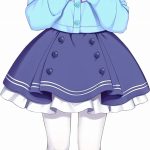 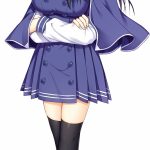 We have from left to right:

A fifth girl named Sora Motoki, voiced by Fuuka Haruna, is also important to the story. The game is fully voiced. 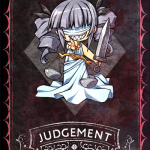 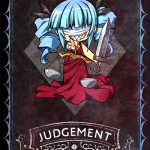 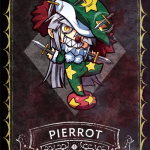 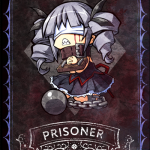 At the center of the room, a mysterious boy inside a cage tells them they need to kill one for the other three to survive, or all die. Players will select four cards to distribute to each one of the girls, deciding their fate. The cards are two “Judgment” cards (written as “executioner” in Japanese), one “Pierrot” card, and one “Prisoner” card (written as “condemned” in Japanese). Players will repeat the scenario over and over, changing the role of each girl by changing the card distribution, and try to figure out what’s really happening.

Ryukishi07 officially nicknamed the game Gerokasu, which means “trash” or “vomit” in Japanese. Gerokasu is also a word frequently used by Bernkastel in Umineko.

This would be worrying in a normal situation, as dubbing in Japanese games is usually done very early in development. However, Umineko Saku is technically an enhanced version of the Alchemist PS3 ports, with new elements, so the game should be out soon. We might get a release date on September 3.

Be sure to check out our past coverage if you want the full details revealed so far on Gerokasu. We also translated the cast and staff comments revealed so far. We will translate more soon and cover the shop specific preorder bonuses. So stay tuned.

Kaleidoscope of Phantasm Prison was never announced in the West, but it might come around seeing Ryukishi07 and Itaru Hinoue are pretty well-known figures.

The post Ryukishi07 Penned Gensou Rougoku no Kaleidoscope, One of The Final PS Vita Games, Launches in December by Iyane Agossah appeared first on DualShockers.