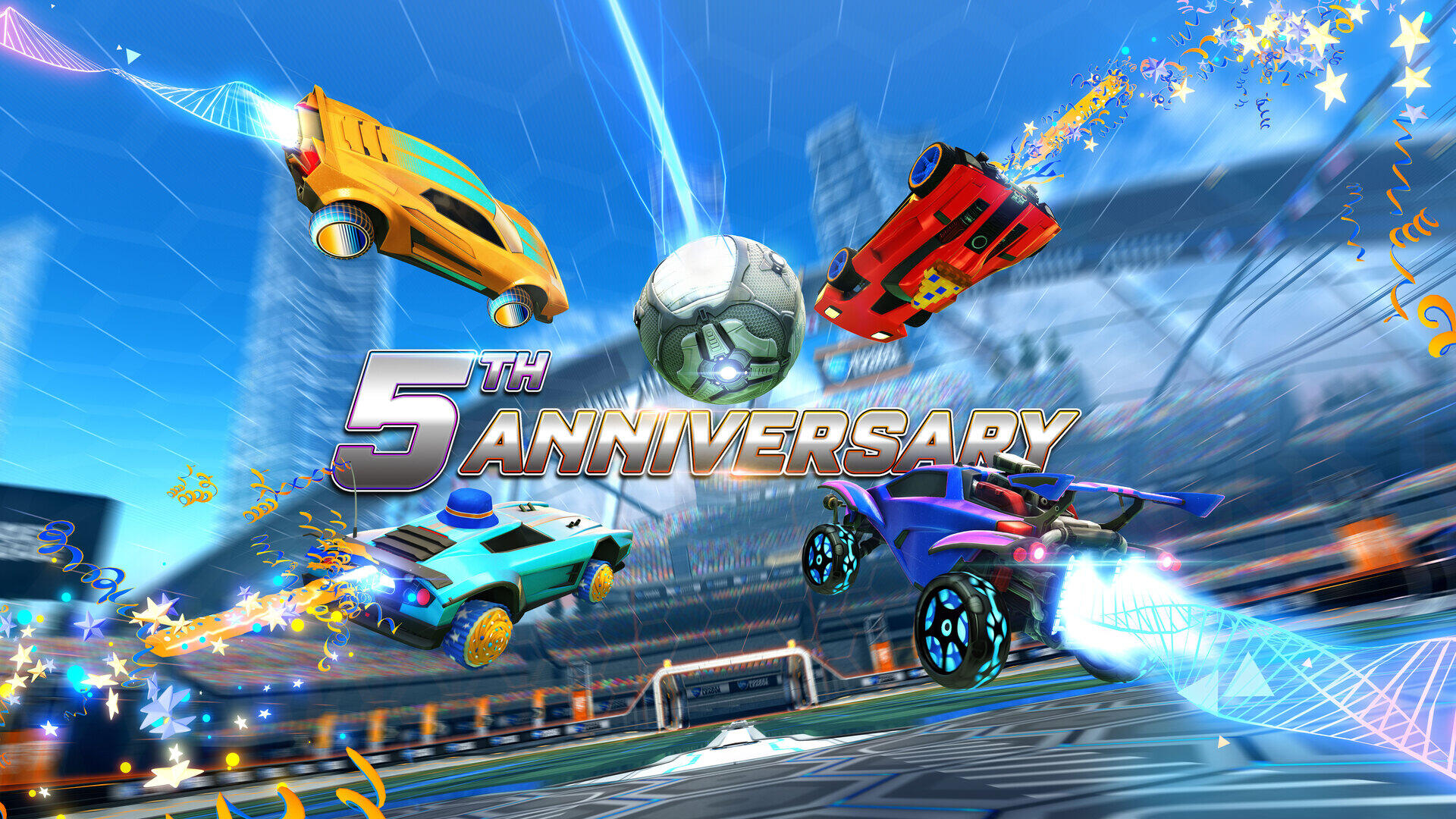 Not many games are given consistent updates and supported with new content for as long as five years, but fan favourite Rocket League is about to hit that milestone. An official post from developer Psyonix confirmed they have plenty in store to celebrate this big anniversary.

Previously revealing that a big fifth anniversary update was coming without sharing any further details, Psyonix let the cat out of the bag with yesterday’s announcement. Although the milestone isn’t until the 7th of July, the event is confirmed to be two weeks long and will begin on the 30th of June with Psyonix promising “Limited Time Modes and unique items celebrating the legacy of Rocket League!”

The post then goes on to reveal exactly what this big event involves; fittingly you’ll earn balloons from your online matches which can be swapped in the Event Store for “Brand new Psyonix- and Rocket League-inspired items”, these including a range of toppers, wheels, antennas and more. Alongside the balloons are the return of Golden Eggs which contain items from the first four Champions Series and there will be a total of five of these up for grabs. The game, now in its 6th Rocket Pass Season, confirmed that any left over balloons could be exchanged for XP Packs to level up the pass.

Finally Psyonix confirmed that “the classic Spike Rush and 2v2 Heatseeker Limited Time Modes will be featured throughout the Fifth Anniversary Event” with each mode being featured for one of the two weeks the event is live. Spike Rush is featured from the 30th of June until July 6th and Heatseeker from July 6th to July 13th with players having a further three-day redemption period until July 16th.

Despite a rocky end to 2019 with Rocket League switching from Crates to Blueprints, leaving fans unhappy at the new pricing structure, Psyonix are doing all the can to repair relationships with this blowout event. They also made sure to show their gratitude to fans in the announcement stating ” Rocket League wouldn’t be where it is today without your continued passion and support”.