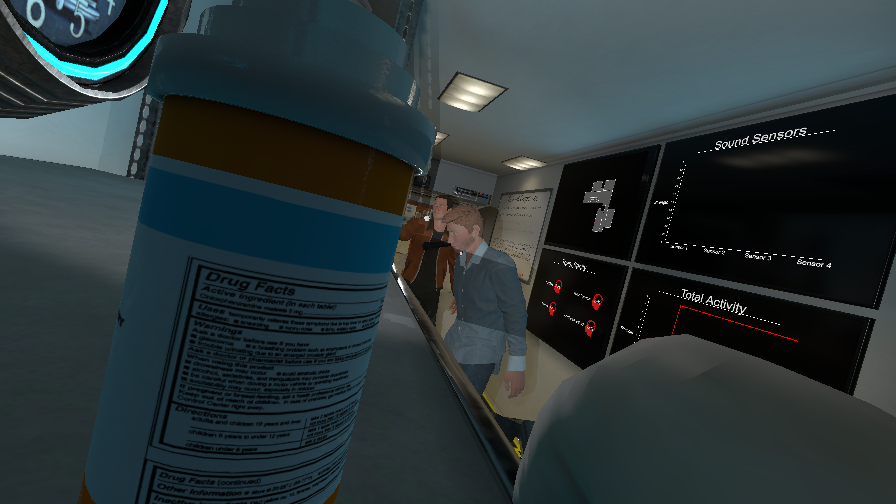 Kinetic Games has been teasing an upcoming map for its spooky ghost hunting game that has surged in popularity since it launched. And it looks as if players can expect to be wandering a haunting prison location, complete with cell blocks and spirits that want to kill you.

The images shared by the studio on Twitter (That you can see below) shows off a large interior space complete with bars and tables — another image shows off an outdoor section with what looks like a complicated collection of fences. It also looks as if there are at least 2 floors to explore as players seek that dirty water from an angry ghost. Another tweet following those images shows off a visiting area, and unsurprisingly the areas appear quite dark, even with a light on.

Bonus? The cell block(s) are being worked on as we speak. #Phasmophobia pic.twitter.com/ZXYj7t49W7

While the teased areas themselves appear to be rather large in scale, the tweet does mention the studio is working on cell blocks which are no doubt not going to be overly spacious. Perhaps similar to the Asylum patient rooms. As for the size of the map, Kinetic Games has confirmed that the prison map will be listed as a ‘Medium’ sized map, citing the Asylum map as what the studio sees as ‘Large’.

Since the game’s launch, it has seen a fair few updates, one introducing more spray cans to stack and another saw some spooky Halloween decorations added to the lobby room. We’ve also learned exactly what naughty words can trigger a ghostly activity, so if you want to go around hurling these words at the ghost, you can go right ahead.

Yesterday, Phasmophobia was nominated for Best Debut Indie Game at The Game Awards 2020. The game is currently available on PC.

MLB The Show 21 Update 1.04 (Today, May 4) – Full List of Bug Fixes
Riot Has Removed Breeze From Valorant Champions Tour Masters Reykjavík
How to Get the Roblox Tiny Egg of Nonexistence and What to Do With It
Just How Scary is Resident Evil Village? Not as Scary as RE7 According to Producer
Cold War & Warzone Weekly Playlist Update (May 6) – Patch Notes, CARV.2 Rifle