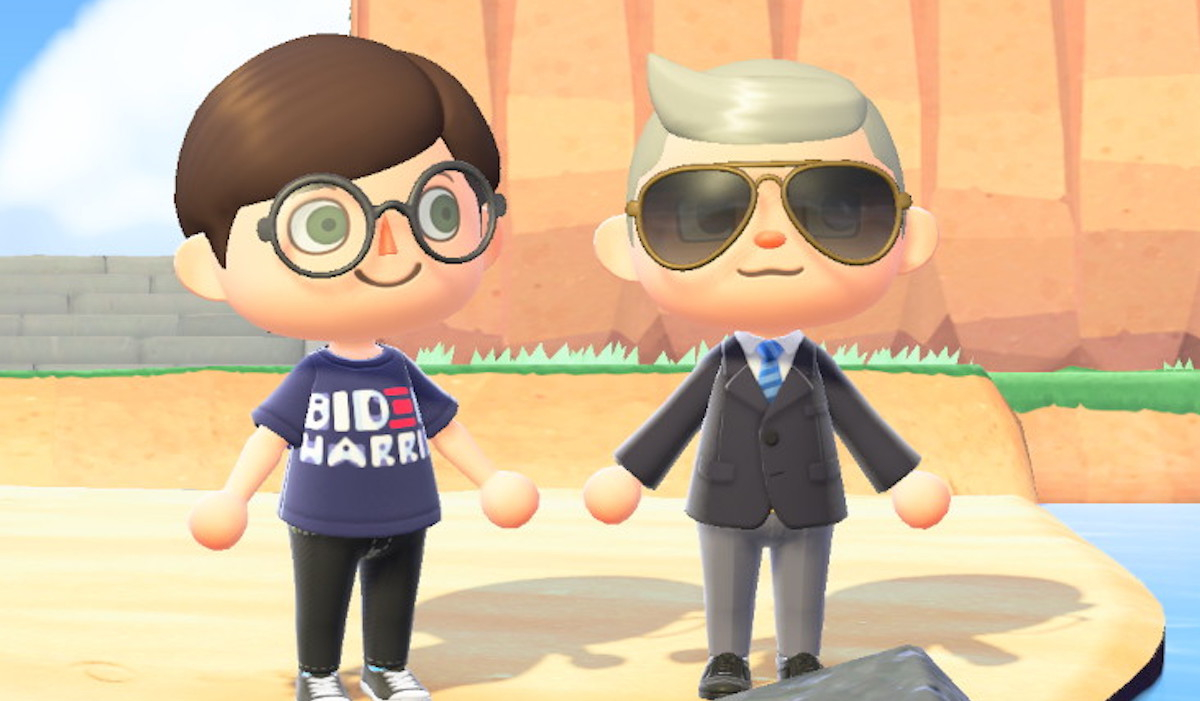 Video games have been hugely important this year for many reasons. One of those being that throughout this year people have been locked inside due to the ongoing pandemic, and more have turned to games. But we’ve also seen games used for different methods. The US Military faced controversy earlier this year for using Twitch streams as a way to recruit, we’ve seen AOC jump onto an Among Us stream with popular streamers, and we’ve even seen Joe Biden set up an island on Animal Crossing: New Horizon. However, Nintendo doesn’t seem to be down for that.

“We deeply appreciate that so many people around the world are having fun with Animal Crossing: New Horizons” the official statement from Nintendo reads. Then it goes into acknowledging that businesses and organizations have found opportunities to promote themselves through the game, and as such, in Nintendo fashion, some guidelines have been set in place.

Nintendo says, “we would like to share a few guidelines with those businesses, organizations, and anyone representing them, to preserve the experience for the millions of people enjoying the Game recreationally.” and those not following the guidelines will get a stern telling off from Nintendo, “we may ask you to stop such activity or usage of our contents, and take appropriate actions, including prohibiting your future business usage of the Game.”

It also asks that those making use of the game for such purposes refrain from bringing politics into the game. There are other guidelines as well such as not deceiving players, and making money from the game such as selling custom designs, etc. But here’s the line regarding politics:

Please refrain from using the Game inappropriately or creating any content within the Game that would be considered vulgar, discriminatory, or offensive. Please also refrain from bringing politics into the Game.

It’s noted that businesses and organizations can still provide custom designs and their dream addresses to other players. They can still invite others to their island, and screenshots and video clips are allowed to be shared online. Nintendo says that it may “revise this message as the community changes,” and those who do exceed the guidelines are only permitted to do so with permission from Nintendo.

Elden Ring Release Date – Report Says It Won’t Be Out Until April 2022
Cyberpunk 2077 Cosplayer Takes On the Charismatic Evelyn Parker
Riot Has Removed Breeze From Valorant Champions Tour Masters Reykjavík
Resident Evil Village – Who is Rosemary Winters and What is Her Connection to Mother Miranda
Resident Evil Village Release Time – When is RE8 Out on PS4, PS5, Xbox and PC