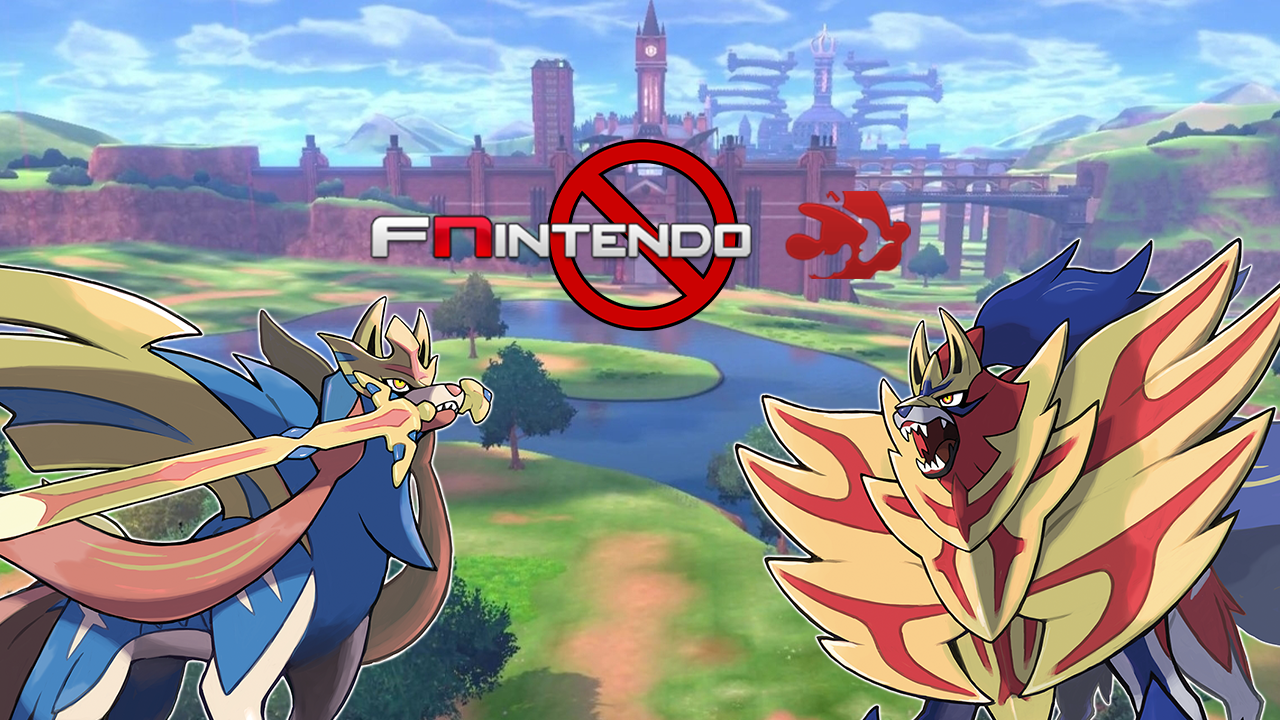 Pokemon Sword and Shield for the Nintendo Switch was causing controversy even before it came out. From the outcry generated by missing Pokemon to the suspicion that Game Freak was cutting corners by reusing animation cycles and assets, you’d be forgiven for thinking this would have resulted in poor sales figures. That certainly wasn’t the case. Pokemon Sword and Shield topped video game charts in the UK and beyond, selling 6 million units over its first weekend; a record for the franchise.

With a shockingly low Metacritic user score of just 2.9, thanks to the aforementioned outrage, the consensus can be boiled down to a disappointment in the rinse-and-repeat nature of a seemingly ‘next-gen’ Pokemon title. The drama doesn’t end there. The very first images to appear online of Pokemon Sword and Shield were leaked before Nintendo’s official embargo, partly down to a writer at the Portuguese website FNintendo.

Nintendo has taken the active step of blacklisting the website from any future partnership, as reported by Gamesindustry.biz and sister-site Eurogamer. Video game journalists often sign non-disclosure agreements to receive review copies of games prior to launch. These generally have quite serious legal repercussions if broken and it’s incredibly rare for a case such as this to occur. Not only that, when they do, it is almost unheard of for a company as large as Nintendo to publicly comment on the situation.

In a statement from Nintendo, shared with the aforementioned media outlets, the company stated that:

“FNintendo failed to handle confidential material, resulting in a clear breach of the confidentiality agreement between Nintendo and the media outlet. As a result, Nintendo will no longer work with FNintendo. Nintendo will always protect its intellectual property and brands. Leaks hurt not just Nintendo, but the thousands of employees who work hard to bring games to market, and the millions of fans around the world who look forward to news and surprises.”

Hundreds of thousands are spent in marketing to ensure that content reveals are handled in a way designed by studios and publishers. Messages to the consumer are carefully crafted to provide maximum impact across a number of different campaign briefs. Leaks circumvent the whole process, causing pipeline issues and can harm brand identity. With a history of litigation when it comes to defending its intellectual property, naming and shaming does seem a little tame for Nintendo, especially as three US citizens had lawsuits filed against them last year for leaking images of a Pokemon Sword and Shield guide before the embargo.

In an official apology, issued by FNintendo, they go on to explain that:

“Nintendo offered us a copy of the game for analysis purposes, with clear embargo guidelines, with which we agreed. That copy was sent to one of our collaborators, who improperly shared the photos mentioned. After the investigation, FNintendo ended its relationship with this employee. Our relationship with Nintendo Portugal goes back 11 years, but our part in this undue sharing is a clear violation of the confidentiality agreement between us and, as a result, a total breach of trust with Nintendo.”

The public reply goes on to apologise to readers, Nintendo, and The Pokemon Company for any damage caused and seems to be a genuine reflection on what should have been a better-handled situation. FNintendo, an ironic name given the circumstances, will no longer receive products from Nintendo Portugal, or be invited to its events as it has previously.

Nintendo has been busy over the last few months with legal action, but the company seems to be sidestepping this formal alternative. No legal recourse seems has been taken against the media outlet, with this out of character public shaming instead used as a warning to others.

Do you think this blanket ban on FNintendo is fair considering their breach? Let us know in the comments below.