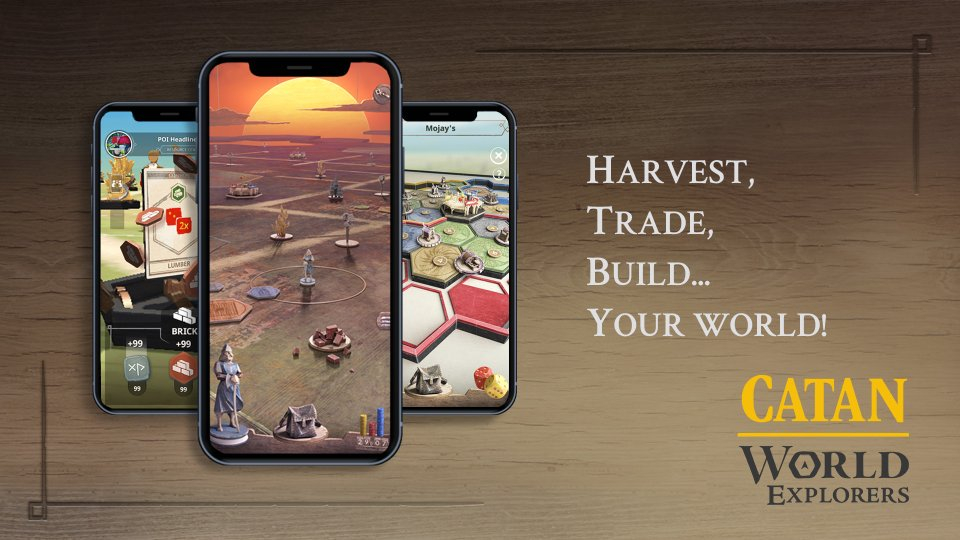 Niantic is best known as the team behind hits like Pokemon Go and Harry Potter: Wizards Unite. Now, they’re adding to their growing catalog of major IPs with a new game based on the world-famous board game Catan. Catan World Explorers enters beta “very soon” and aims to turn the classic game into a massively multiplayer experience.

Details are still relatively light for Catan World Explorers. What’s clear is that the game will use real-world locations for the areas you can collect resources. Using real-world data to drive gameplay is the common denominator in Niantic’s games. So, seeing it here isn’t surprising. However, it will be interesting to see how they implement it with the Catan universe.

The game will also include trading with in-game characters. It’s not clear if you can also trade with other players, but that would make sense. Catan World Explorers also looks to include team-based gameplay. You’ll join a team and then compete with other teams in your area to score the most victory points.

In many ways, this sounds like the team is slapping a new IP on their same old gameplay. That said, there is quite a bit of potential in this idea. I’m especially intrigued by the idea of smaller-scale, private matches between friends. Board games aren’t something I often play with randoms, so giving me a way to just play with my game group seems like a smart move.

Catan World Explorers doesn’t have a launch date just yet. That said, Niantic did say it’s coming to beta “very soon”. So, look out for it on Android and iOS sometime in the near future.

The post Niantic’s Next Game is Catan World Explorers by Ricky Frech appeared first on DualShockers.