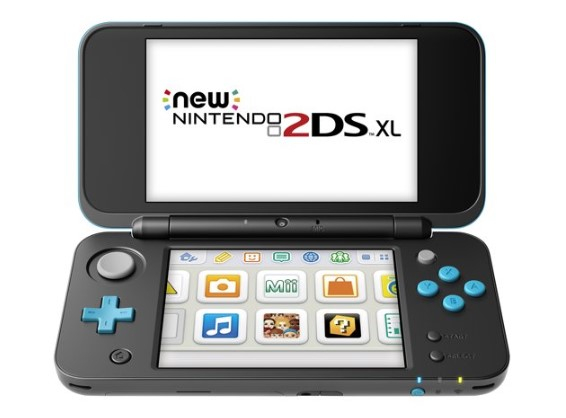 The era of the Nintendo 3DS has ended due to the rising success of the Switch in recent years, but that doesn’t mean that you should pick one up if you’re looking to play some of its amazing titles. The company announced back in 2017 that they are no longer manufacturing their line of the New Nintendo 3DS leaving only the New 2DS XLs as their last active model. While they have yet to officially announce seizing production, finding a New 2DS XL or any kind of 3DS model is fairly hard to come by right now brand new out of the box. For those that are currently looking or are interested in picking one up Walmart has an incredible deal that is hard to ignore.

Right now, the retail store has a listing of the Black and Turquoise New 2DS XL for only $99. The console also comes with Mario Kart 7 pre-installed on the device. It appears that people have already become aware of the deal as it has been going in and out of stock consistently throughout the past day, but if you have a local Walmart that has one in stock (which you can check through the listing) you can still take advantage of the offer. If you go into your local Walmart the handheld should ring up for the $99 price tag. For those wary, take a snapshot on your phone of the listing online where it clearly says “Price for in-store purchase only.” I have done this personally and it in fact did ring up for its current sale price.

If you have always wanted to jump into the 3DS catalog this is a perfect time. The handheld has a fantastic catalog of titles including Super Mario 3D Land, The Legend of Zelda: A Link Between Worlds, Fire Emblem: Awakening, and the Persona Q series just to name a few. It is also worth reminding that the 3DS can also play DS titles giving you access to two huge libraries of titles to choose from.

For those planning to jump on this deal and go to your local Walmart please remember to wear masks and practice social distancing.

The post New Nintendo 2DS XL: Get the Handheld for A Mere $99 by Cameron Hawkins appeared first on DualShockers.

Goosebumps Dead of Night Launching This Summer as a Survival Horror
The Last of Us Part II Pre-Orders in Europe are Tracking Higher Compared to Marvel’s Spider-Man
RoboCop Mortal Kombat 11 Finishers: Fatalities and Brutalities
Shantae and the Seven Sirens Review — A Solid, Magical Journey
Marvel’s Avengers New Gameplay to Appear in Stream Next Month