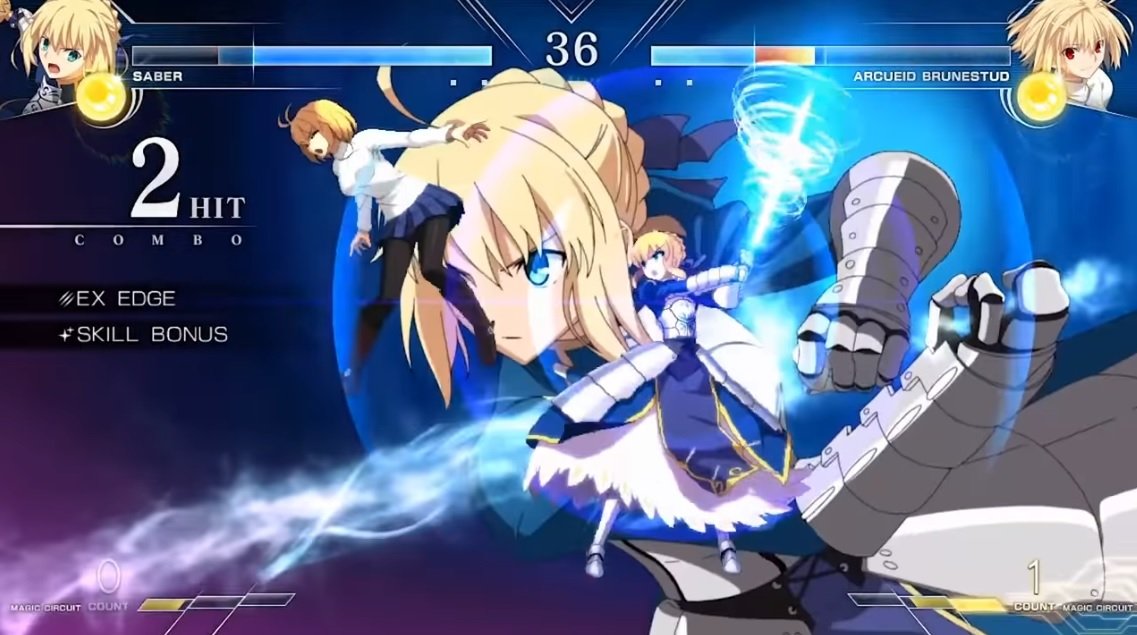 Before the reveal of the two to three last characters playable in Melty Blood Type Lumina, icons for the characters appeared on digital stores, which leaked that Saber from Fate/stay night would be in the roster – now, Type-Moon officially confirmed Saber with a new gameplay trailer on the live stream Type-Moon Times vol 6.

Melty Blood Type Lumina director Kamone Serizawa, who appeared on stream, also explained why Type-Moon and French Bread decided to add Saber to the game, I translated his comments below.

Kamone-san explained at the 34:17 timestamp why Saber is in the game. Before Type Lumina‘s development began, at first Type-Moon asked French Bread to make “a new fighting game”, with no precise IP in mind. But since French Bread saw Tsukihime Remake was getting re-announced and released soon, they asked Type-Moon to let them make a new Melty Blood.

Early in development, French Bread created some sample characters, and one of them was Saber from Fate/stay night. So after discussing with Type-Moon and getting their approval, they thought it’d be a waste to not use her, so they finished the character and included her in the final game.

They also decided on Saber because she already appeared in several games including fighting games (Nitroplus Blasterz). Next, there’s how Kamone-san really wanted to make Saber himself for once and include her in a Melty Blood game. The final reason is that despite being a fighting game, Melty Blood Type Lumina has few characters who are into “fair & square” fights, traditional knight characters with a weapon, so adding Saber would fill in that spot. Adding a new type of character like that makes the game even more interesting.

Melty Blood Type Lumina launches September 30 on PC via Steam, PS4, Switch, and Xbox One. You can always reach me on Twitter @A_iyane07 to discuss Japanese games, the Nasuverse, etc.