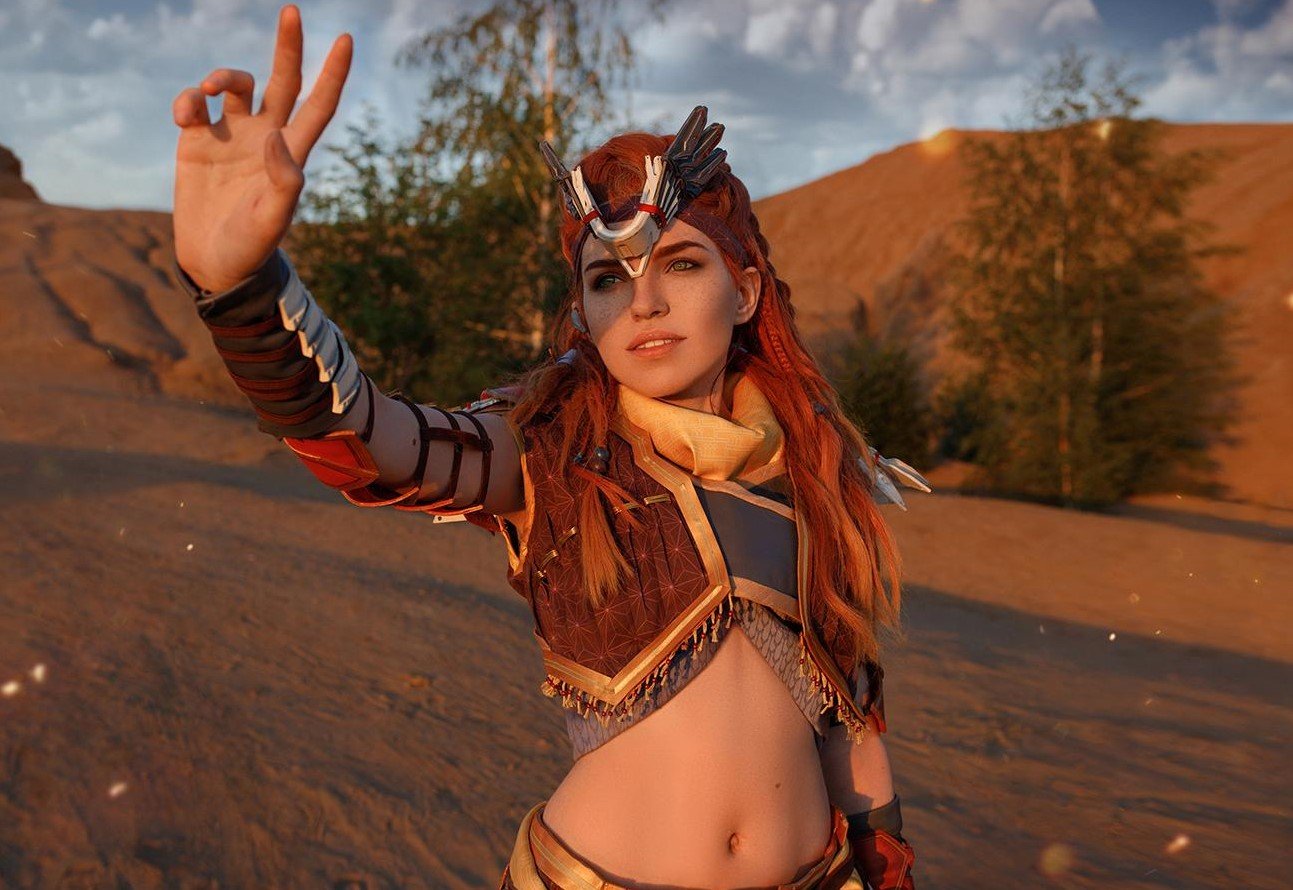 “I fought my way past an army while you cowered in this cave, do you really think you can stop me?!” – Aloy

Since 2017, Horizon Zero Dawn has been at the forefront of many gamer’s minds. Over four years later from its initial launch on PS4, the highly popular Guerrilla Games title is once again on the tip of everyone’s tongue as we get ready for its sequel.

One of the many reasons HZD has been so well accepted is mostly down to how well the stories were crafted as well as the overall design of its world and those mesmerizing yet dangerous machines that roamed the plains.

Time after time, the protagonist of the game, Aloy, has been a hot favourite within the cosplaying world as she sits up there with the likes of Yennefer from The Witcher 3 and Ellie from The Last of Us Part 2.

As we all prepare to watch some more of Horizon Forbidden West’s world in a brand new gameplay showcase today at Sony’s State of Play, we thought this would be a great opportunity to shine a light onto this incredible Aloy cosplay by TophWei.

Kris, also known as Toph, is a Russian cosplayer who loves nothing more than dressing up as one of her favourite characters. Many have included the likes of Ciri and Yennefer from The Witcher 3 and Harley Quinn from Suicide Squad.

Here we see Kris taking on the determined and brave Aloy from Horizon Forbidden West with such vigour you’d almost believe it to be an in-game screenshot. Due to Aloy’s wide range of various armour sets earned or collected in HZD that includes the special Shield Weave armour, Nora Brave and the Banuk Ice Hunter outfit, Kris has adapted these variations to her cosplay.

If you’d like to check out all of Kris’ cosplays and give her a follow too, you can head over to her Instagram page right here.