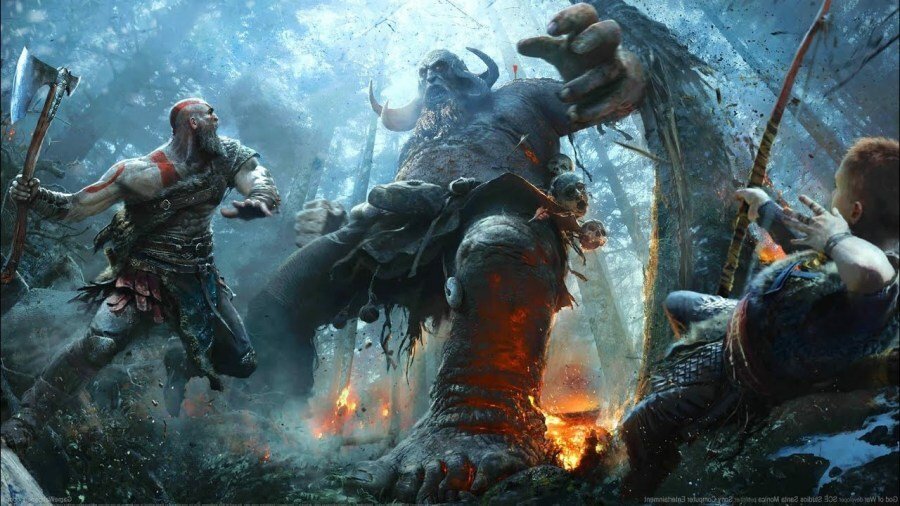 In the wake of the God of War: Ragnarock announcement, one committed fan decided to defeat the dark elf boss of God of War (2018) in celebration. The impressive part was that they were only using their pinky to control Kratos.

Some people play games to relax, while others may want to experience new stories and delve into deep worlds of fiction. Another reason people play games is for the challenge – seeking the sense of accomplishment you can gain from overcoming that challenge.

Twitter user @tdryergaming seems to be part of the group that plays for the rush of testing themselves to the max. In celebration of the Ragnarock announcement, they posted an incredibly intriguing God of War (2018) challenge video to Twitter. The Twitter clip shows them fighting the Dark Elf King, a boss within God of War (2018), with nothing but their pinky touching the controller.

Tumbledryergaming Vs God of War

Tdryergaming is not unfamiliar with ramping up the difficulty of God of War (2018) with extra challenges, on top of playing the game on its hardest difficulty. In addition to their pinky finger challenge, they have posted multiple challenge videos to their YouTube Channel.

Not only do they have videos showing them defeat bosses such as the Valkyries on the hardest difficulty available within the game, which is impressive enough, they also have videos of defeating bosses with real-world restrictions or additional things they must complete simultaneously whilst fighting a boss in-game.

Some of these challenges include defeating Gunnr without looking at her, as well as videos showing tumbledryergaming taking on some other bosses within the game whilst blindfolded. Another impressive challenge is one in which they complete a Rubix cube whilst fighting Sigrun, the hardest Valkyre boss fight within God of War (2018)

The post God of War Player Beats Boss Using Only Their Pinky Finger by Jamie Good appeared first on DualShockers.