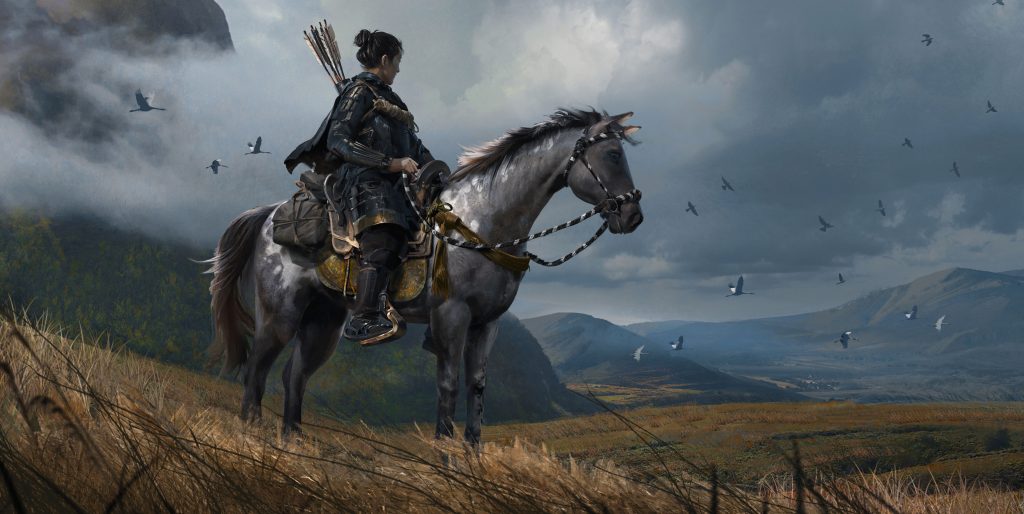 In just a few weeks, Sucker Punch’s Ghost of Tsushima will release on July 17. Both The Last of Us Part II and Ghost of Tsushima are the last big first-party titles for the PlayStation 4 leading up to the inevitable PlayStation 5 and what a ride it has been. Given what we saw at Sony’s State of Play, it’s of little wonder that the action-adventure open-world title has now gone gold which means that the initial work on the project has now been fully wrapped up and the game can now begin being printed to discs and shipped around the globe. Delving more into Ghost of Tsushima‘s world is some concept art by the Sucker Punch team.

If you have seen any of the game’s trailers then you will know that the environments in Ghost of Tsushima are breathtakingly stunning. From the sweeping valleys, lush forests, and harsh battlegrounds, Ghost of Tsushima offers players a wide variety of striking visuals. The game truly holds hands with beauty and chaos. To keep that feeling fresh in our minds until we can finally experience it all for ourselves, the art team at Sucker Punch has released some gorgeous concept drawings showing off the beauty of Tsushima.

Starting from the first piece of artwork shown is by Ian Jun Wei Chiew who is a senior concept artist working in the film and games industry. Ian is currently based in Seattle at Sucker Punch productions and also freelances on various projects.

The second and third concept pieces are by Mitch Mohrhauser, a Senior Concept Artist at Sucker Punch Productions, and also freelancing as an illustrator. Mitch has worked on games titles such as EVE Online, Dust 514, World of Darkness, and various other AAA games. 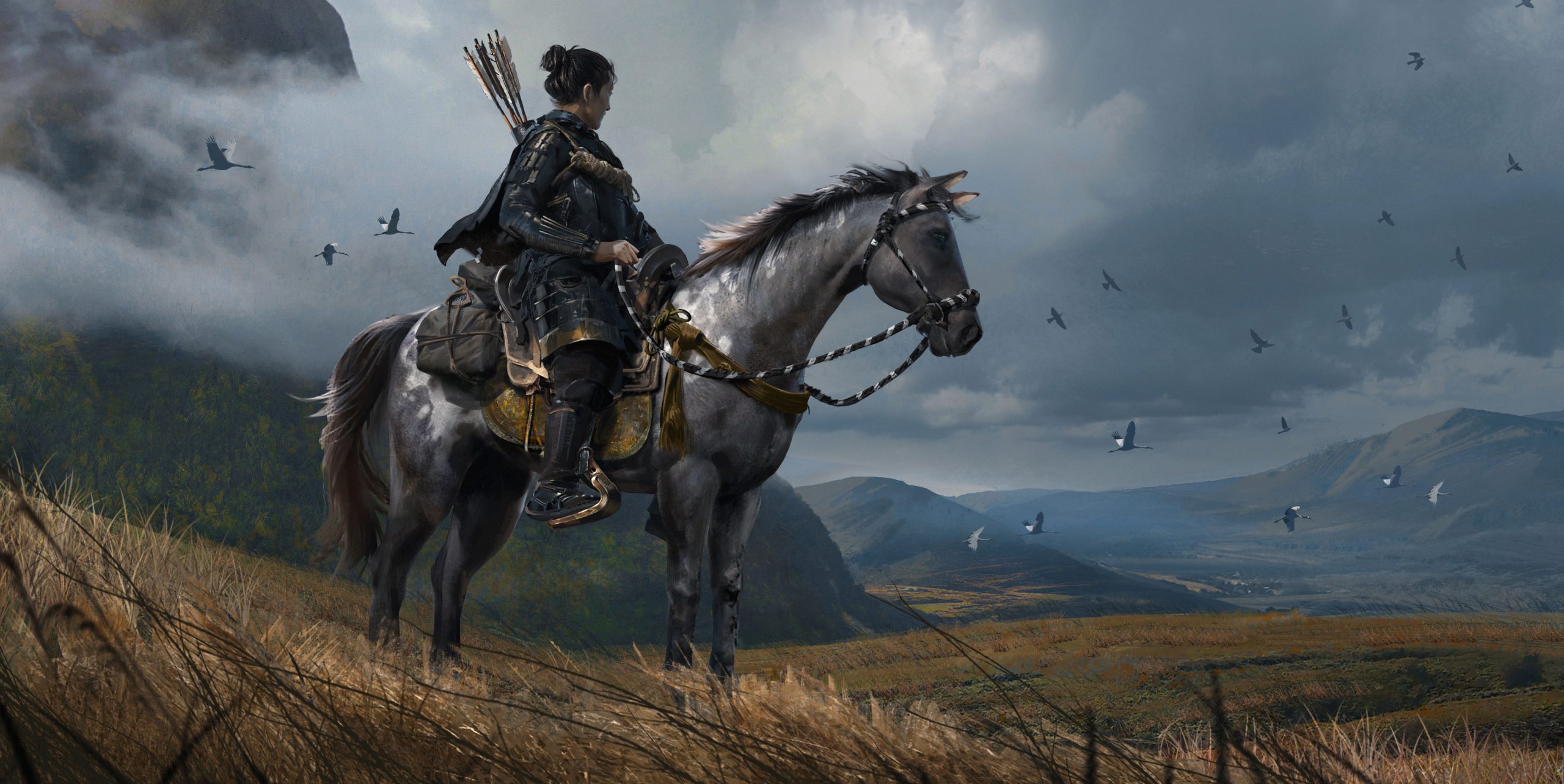 As we draw closer to its release, you may want to free up some space on your PS4’s hard drive. Ghost of Tsushima will require players to have a minimum of 50GB ready for Jin to do his thing but also keep in mind, that it could need more space on launch day with a day one patch. In an interview with IGN, Game Director Nate Fox talked about the game’s difficulty and stated that “We are trying to make a grounded game in that sense, so a couple blows from the enemy will kill you,” Fox said. “We watched samurai movies and people go down with one or two strikes, and that is embedded inside of the combat. Beating the Mongols in battle will be hard, but it’s that challenge that makes it feel alive and the victory rewarding. You can’t just run into a camp and fight 5 people at the same time, you will get overwhelmed and die.” Although later, we also found out that you can change these settings to suit your own playstyle better so if you don’t enjoy getting your ass kicked hard, you can do something about it.

Ghost of Tsushima is slated to launch on July 17, 2020, and will be a PS4 exclusive. If you want to pre-order the game through Amazon, you can do so here.