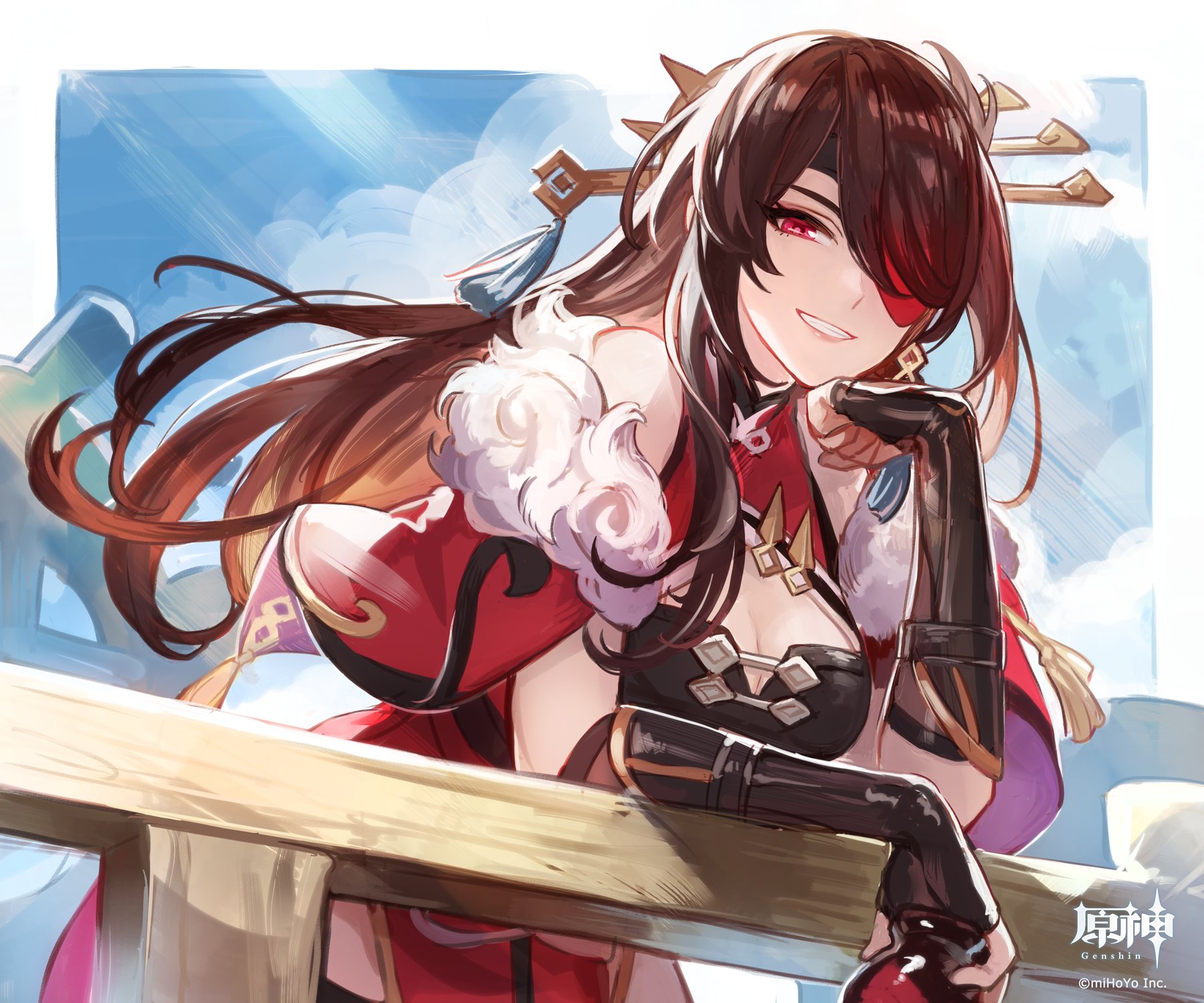 As you already know, miHoYo revealed the new weapon gacha banner in Genshin Impact (PC, PS4, PS5, Mobile, release date TBA for Switch), which most notably contains three new weapons, one of which is the Lithic Blade.

The next weapon gacha banner in Genshin Impact will go from February 23 to March 16. The five star featured weapons are the Wolf’s Gravestone and the Staff of Homa. The banner will also have new four star weapons, the Lithic Blade, and the Lithic Spear.

We’ll take a quick look at the Lithic Blade in this small guide.

Travelers, stock up on weapons and characters in “Epitome Invocation” to make your party stronger in combat!

● The event-exclusive 5-star weapon Staff of Homa (Polearm) and the 5-star weapon Wolf’s Gravestone (Claymore) will get a huge drop-rate boost!#GenshinImpact pic.twitter.com/VkLdoP1ntk

Lithic Blade is a four star Claymore weapon. Meaning characters like Diluc, Xinyan, Noelle, or Razor can equip it. It’s a brand new weapon and a pretty interesting one for several aspects.

First, Lithic Blade has an ATK % as its base stat. Which makes it from the get go a reliable weapon for an ATK DPS based Claymore character. At level 90, Lithic Blade has a Base ATK of 510, and its ATK % innate stats is at 41.3%.

Lithic Blade is definitely one of the best four star Claymores you can get for Chongyun, Beidou, or Xinyan, with a party setup of only Liyue characters.

The Lithic Blade is a time-limited weapon, meaning you have until March 17 to try and pull it. It’ll probably be back in another weapon banner someday, but not anytime soon. I’d personally suggest waiting until the last day to pull, so in the meanwhile you can see if you really need the weapon or not. Moreover, it’s likely miHoYo would have held the Genshin Impact version 1.4 live stream by March 16. Meaning new character(s) and info to take into account for your pulls.

Today, Paimon wants to introduce you to the brand-new weapons that will appear in upcoming event wishes! Come on, let’s take a look~#GenshinImpact pic.twitter.com/towudqKShz

Genshin Impact currently has a clicker web event, Wish Upon a Lantern, ongoing till February 25.

Be sure to check the latest video of miHoYo VTuber Lumi N0va if you haven’t yet. Version 1.3 launched on February 2. All its details can be found here. miHoYo did not announce the release date of Version 1.4 yet, nor disclose any of its contents. Some leaks about Version 1.4 content have been making the rounds. We recently explained how and where the Genshin Impact leaks come from.

Personally speaking, again and again, I wouldn’t recommend pulling on weapon banners. With that said, Lithic Blade is a four star weapon, meaning you’ll have a good chance of getting it every ten pulls. I’d recommend pulling only if you’re also aiming for one of the three other unique weapons of the banner. And are really in dire need of weapons of those types.

In case you missed it, miHoYo gifted several pieces of hardware to its staff for the Chinese new year. Lastly, be sure to read all the dates and times for the ongoing Lantern Rite Festival events.

The Legend of Zelda Player Crafts a Stunning Silent Princess From Breath of the Wild
The Last of Us HBO Fan Art – Marvel Artist Takes On Bella Ramsey and Pedro Pascal
Why Did I Get 1000 Free V Bucks in Fortnite? Epic Games Answers
ZRG 20mm Sniper – Here’s Everything We Know About This New Weapon
The Last of Us Art Conveys Ellie’s Struggle Through Comics