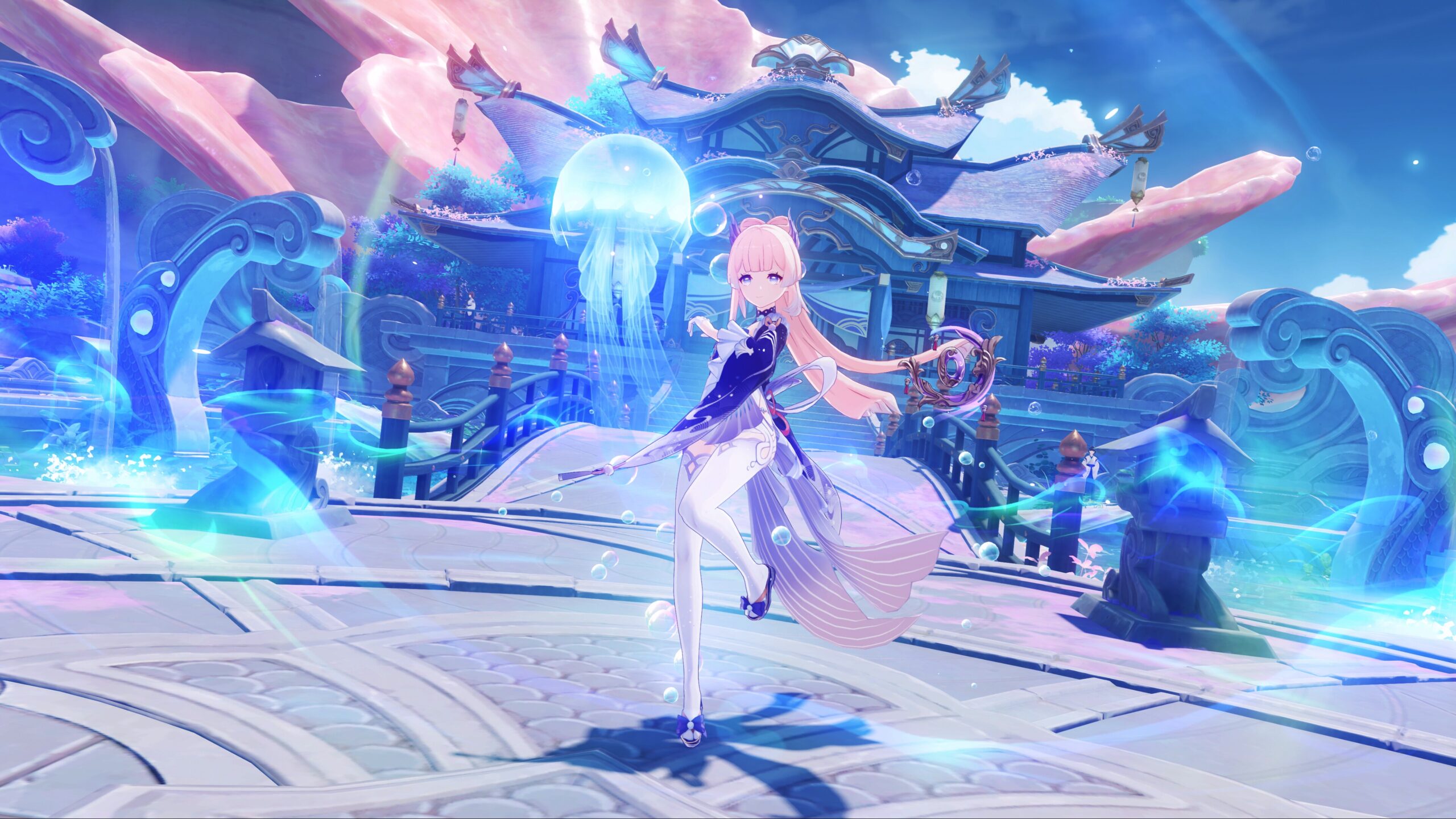 Genshin Impact players, you already know the new 5-star waifu, Sangonomiya Kokomi, is releasing today on September 21 – however, you might be wondering when the character, her banner and her Story Quest, will be released on the North America server.

Genshin Impact developer miHoYo officially revealed Kokomi is set to release at “18:00 Server Time” on September 21. And the North America Genshin Impact server time is set one hour behind Eastern Time. In other words, Kokomi will be releasing at 7 PM EST on the North America server. Click here for a countdown to Kokomi’s release. This is also when her Character Quest, Dracaena Somnolenta Chapter: Act I, will be launching.

If you’re on Pacific Time, that’s 4 PM PST. Lastly, if you play on the North America server, but don’t live in the US, here are conversions to other time zones, which also work as a countdown.

Kokomi will be available at 1 PM EST on the European server. Lastly, she’s already available on the Asian and SAR servers since 6 AM EST. That’s why some players already have her on social media and Twitter.

This is how Genshin Impact always works with its new characters. Only banners released after maintenance have a simultaneous worldwide launch.

Personally speaking, I won’t be pulling Kokomi seeing I do not need another healer. As I always say, don’t fall for the fear of missing out. There’s objectively no need to pull more characters in Genshin Impact once you’ve fully raised a team of 11-12 characters with different Elements. You definitely already noticed that if you’re used to gacha games, while carefully spending your resources and Stamina. Don’t chase after the meta. If you really want to pull, do it because you truly like the character. Not because you heard the character is “broken”.

Genshin Impact is a free-to-play open-world action JRPG, available on PC, PS4, PS5, and Mobile. The game was also announced on Switch but has no release date on the platform yet.