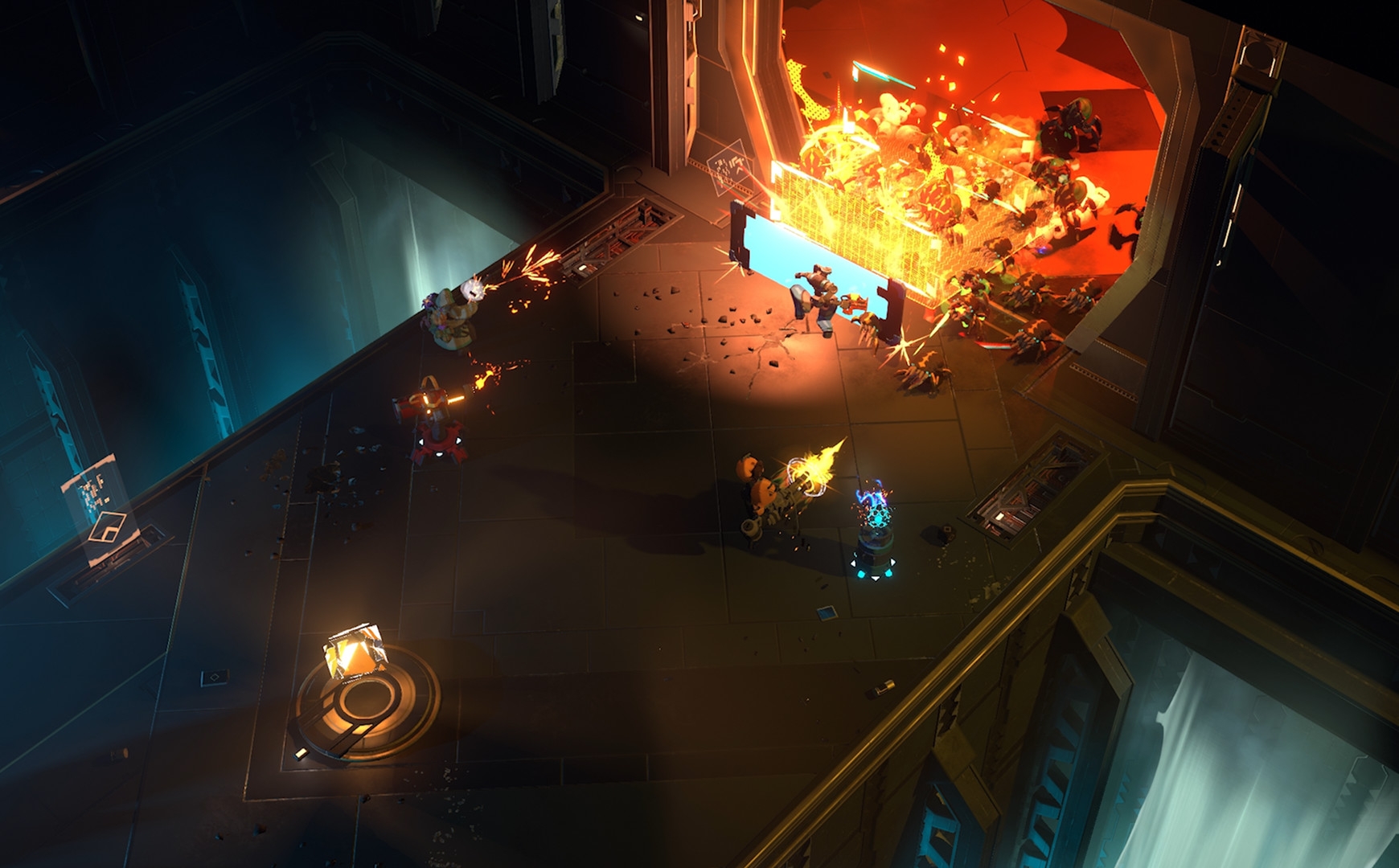 Amplitude fans around the world are likely very excited by a few announcements from The Game Awards. Not only did we get another look at Humankind but the team showed off the next game its Endless series. Endless Dungeon is another rogue-lite game in the series; however, this time it’s taking the tactical action route for gameplay. See for yourself in the new trailer below.

While the beginning of the trailer definitely gives off some space Rock Band vibes, it’s quickly clear that this will be a classic Amplitude game. Endless Dungeon continues the loosely connected series of solid games in a new way. Thus far, we’ve seen the Endless series take on 4X strategy and roguelike tower defense. Now, they’re moving to rogue-lite system (an important distinction), while also focusing on more action-y combat.

As you’d expect, the game looks phenomenal. Almost all of Amplitude’s games do. And the combat looks incredibly sharp. Of course, it’s worth waiting until we see more to really make a judgment; however, I’ll trust the studio to get it right. Their games don’t always knock it out of the park, but they’ve established a baseline bar of quality that leaves me confident.

Endless Dungeon doesn’t yet have a release date. Well, unless you count “soon” as a date. That said, when it does launch it’s coming to Nintendo Switch, PC, PS4, PS5, Xbox One, and Xbox Series X. So, essentially if you want to play it, you’ll have something that can run it. Stay tuned for more.

The post Endless Dungeon is Amplitude’s Latest Game in the Endless Series by Ricky Frech appeared first on DualShockers.

Smite Update 8.3 Patch Notes – What is Included and When is it Out?
How to Get The Alley Flash in Genshin Impact – Stats, Ability, Builds
What’s The Dragon Ball Games Battle Hour And How To Watch It?
Genshin Impact 1.4 – What Are The New Changes For Resin?
Minecraft Bedrock Beta Update (Today, March 4) 1.16.220.50 – Patch Notes