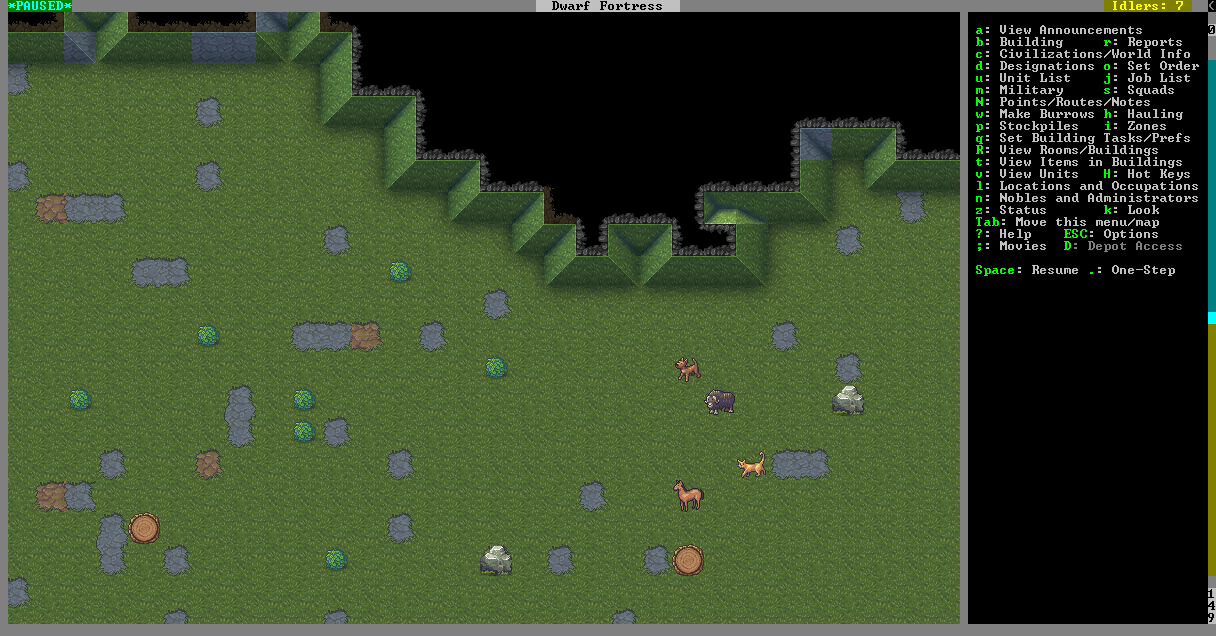 Announced last year, Dwarf Fortress Premium is an upcoming version of the free classic that plans to add several improvements to the original game. One of the biggest changes is going to be an official tileset that should help the game appeal to more of a mass audience. Dwarf Fortress Classic uses ASCII art for its visuals, which can make it tough for new players to see the appeal of this astonishingly deep game. As you can in their latest update, the visuals are coming along nicely thus far.

Gather 'round Dwarf Fortress fans – we've got an update about the graphical improvements!

Full update: https://t.co/uNrNorYSvU
Sign up for the newsletter for updates and exclusive cat pics??: https://t.co/CRkxa1SsCV pic.twitter.com/dLQV6WiB7W

The new update provides a great look at how the visual interface handles things like ramps and smoothed stone. Previously, ramps along a wall were simply upward-facing arrows. While that communicated the necessary data, it was never too visually-appealing. The new visuals use shadows and shading to show walls that can serve as ramps. It seems like a simple change; however, it’s important to include details like these to keep the game working as it does in Classic.

You’ll notice in the shots that the interface instructions still look pretty old. Those are still being worked on and should match the tileset as the team moves through development. That said, thus far the new visual style seems to be moving along very well. Of course, the real joy of Dwarf Fortress are the unexpected hijinks and the sheer number of options at your disposal. However, these new graphics will hopefully open up the game to a brand new audience.

Dwarf Fortress Premium will launch on PC via Steam and itch.io when it’s ready. You can, of course, pick up Dwarf Fortress Classic for free right now. The Classic version will continue to receive updates for free; however, it won’t include things like the new, official tileset.