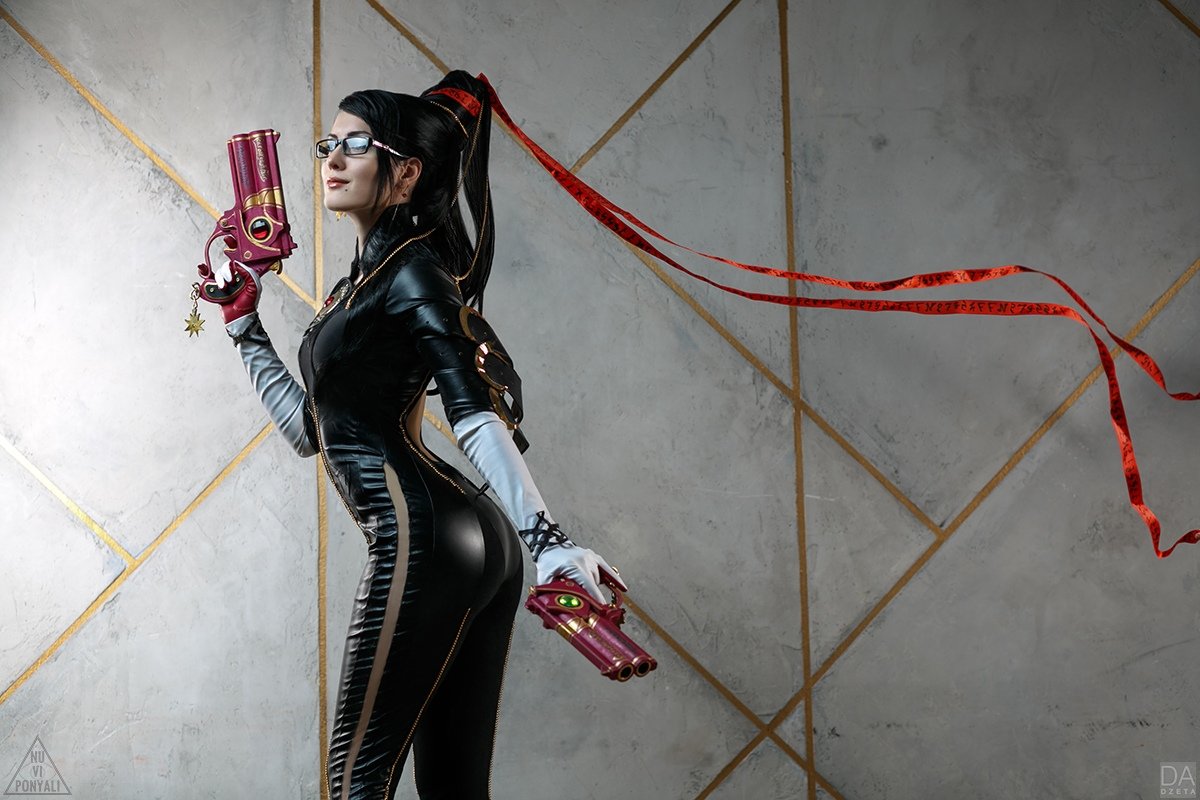 Finally, Bayonetta fans got what they have been craving for during yesterday’s Nintendo’s Direct event. Throughout the showcase, we got a glimpse of the ass-kicking Umbra Witch, who now sports braids, as she took on a giant lizard monster showcasing some killer moves.

In appreciation of the popular protagonists return to the series, we check out this stunning Bayonetta cosplay that will surely make many fans happy and turn a few heads in the process.

Cosplayer Oniksiya Sofinikum, a fashion model from Russia, takes on the Umbra Witch, and whose real name is Cereza, with vigour and passion. Bayonetta, who was always considered the outcast by Umbra Witches due to her Umbran and Lumen descent, has made a successful path for herself regardless.

Donning Bayonetta’s black hair wrapped into a beehive-like hairdo, skin-tight suit, and that iconic red hair ribbon that extends down to her legs covered in a demonic language, Oniksiya completely becomes the unique gaming character where you’d almost believe it was a shot from the game.

Bayonetta first debuted in 2009 as a sexy, hack n’ slash title to counter Capcom’s Devil May Cry with Bayonetta 2 finally coming out with a Nintendo Wii U sequel in 2012. With players only getting a sneak peek at Bayonetta 3 in 2017 and speculation about the game’s status, the fresh gameplay trailer at Nintendo’s Direct was a great welcome back to the stiletto queen.

Bayonetta 3 will launch on the Nintendo Switch sometime in 2022.

The post Bayonetta Hacks n’ Slashes Her Way Into a Spellbinding Cosplay by Rachael Fiddis appeared first on DualShockers.