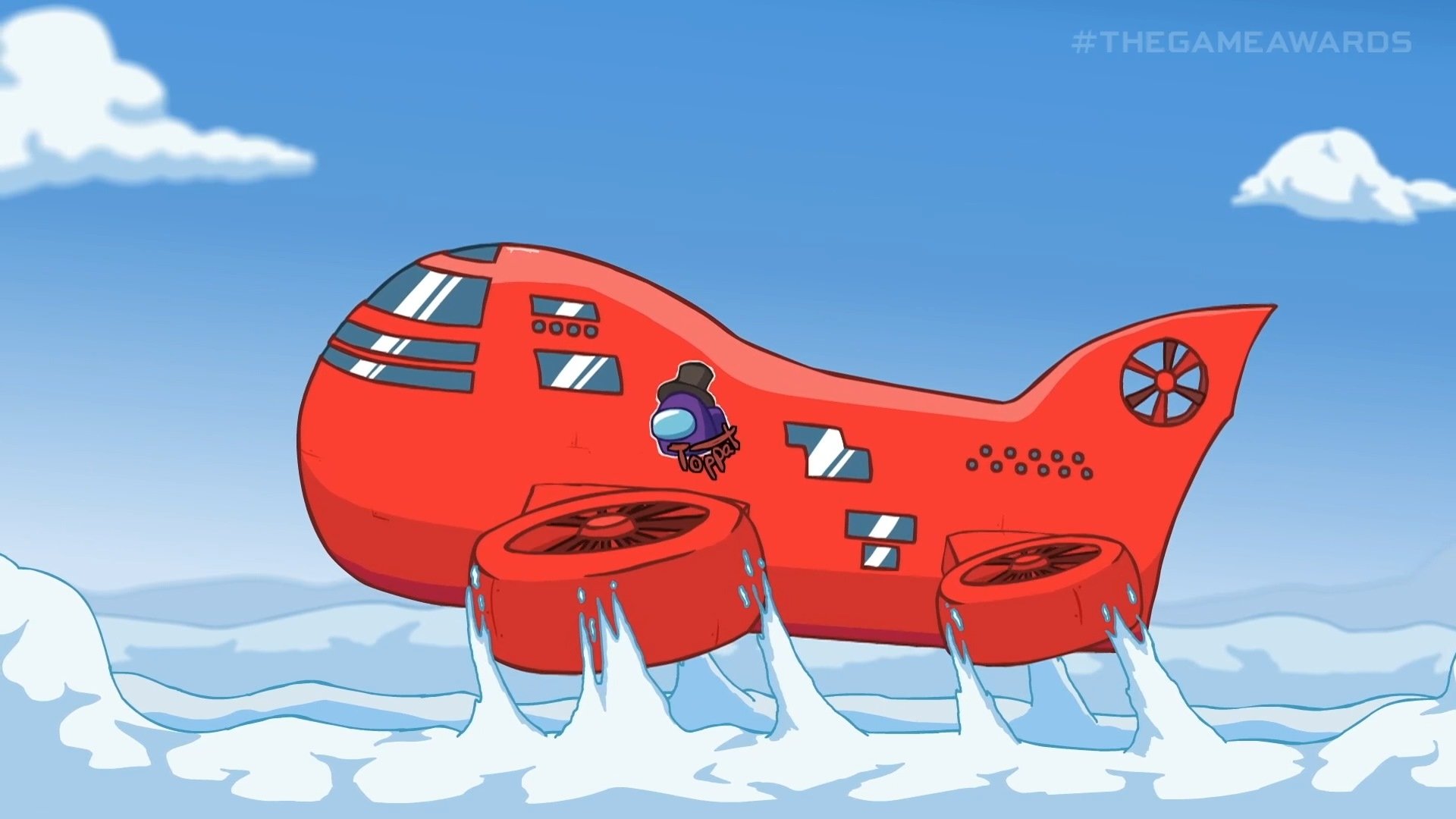 Innersloth’s Among Us was one of 2020’s biggest success stories. The game had a staggering number of players, bought people together during the pandemic and was ultimately the source of a lot of laughs, lying and frustration. Back at The Game Awards last December, Geoff Keighly released details on Among Us’ new map, titled Airship. While there hasn’t been a huge amount of details, here’s everything we know so far, and our best guess on when it will release.

Prepare yourselves, crewmates. This upcoming (free!) map will include:

your choice of what room to start in

But don't forget about those Impostors lurking around… pic.twitter.com/IU2HJGuyEY

What do we know so far?

Well, the map is called Airship and as you can guess, it’s set on a giant red airship. It’s been confirmed that there will be a new moving platform, designed to slow players down and cause some potentially sticky situations with the Imposters. Among Us’ new map will also include a range of brand new tasks, ladders and more. Players will also have the opportunity to choose which room of the airship to start their game off in.

The airship update will also contain a range of new costumes for players to dress their little characters up in.

Innersloth has confirmed that the map will be free for all players.

When is Among Us’ new map release date?

At The Game Awards, it was confirmed that the new map would be hitting the game in early 2021. While many players assumed that meant January, it clearly didn’t happen. Replying to a tweet in the early days of January, Innersloth did say that “early 2021 doesn’t just mean January ;)”. In a recent update, Innersloth also confirmed that the game is still on track to release in early 2021, so hopefully, that means there won’t be any delays. However, with the ongoing pandemic, there have been plenty of development struggles across the industry, so some things should never be ruled out.

That means though, that Among Us’ new map is likely coming in the next month or two, in order to hit the early 2021 release date they suggested. When exactly will it drop? That’s down to the developers to confirm.

While things have still been quiet around the Among Us Airship map, the developers have provided fans with a small update. Speaking just after Valentine’s Day, Innersloth tweeted:

we know you're excited for the update and we're *DYING* to get it to you, but there's lots planned and we don't want to compromise on quality for speed.

thanks for learning and growing with us!!! it's still so weird this is real lol

They’ve effectively confirmed what players already thought. There is LOTS coming with this new map and the developers want to make it perfect. There’s still over a month until we hit the end of Q1 this year when the update is expected to drop and therefore, you can’t blame the devs for taking all the time they need.

Will there be an Among Us 2?

Initially, the developers of Among Us confirmed there would be an Among Us 2, however, they quickly backtracked on that. Instead, they have decided to focus development solely on the original game and plan to continue building on it for a while to come.

The post Among Us Airship – New Map Details, New Developer Update on Release Date and More by Sam Woods appeared first on DualShockers.

Among Us Fan Mod Brings Portal’s GLaDOS to the Game
Is Henry Cavil Teasing a Mass Effect Movie? Everything We Know
New Death Machine In Cold War – Fire Rate, Damage, And How To Get It
The Last of Us HBO Fan Art – Marvel Artist Takes On Bella Ramsey and Pedro Pascal
How Big Will The Warzone Season 2 Update Size Be?