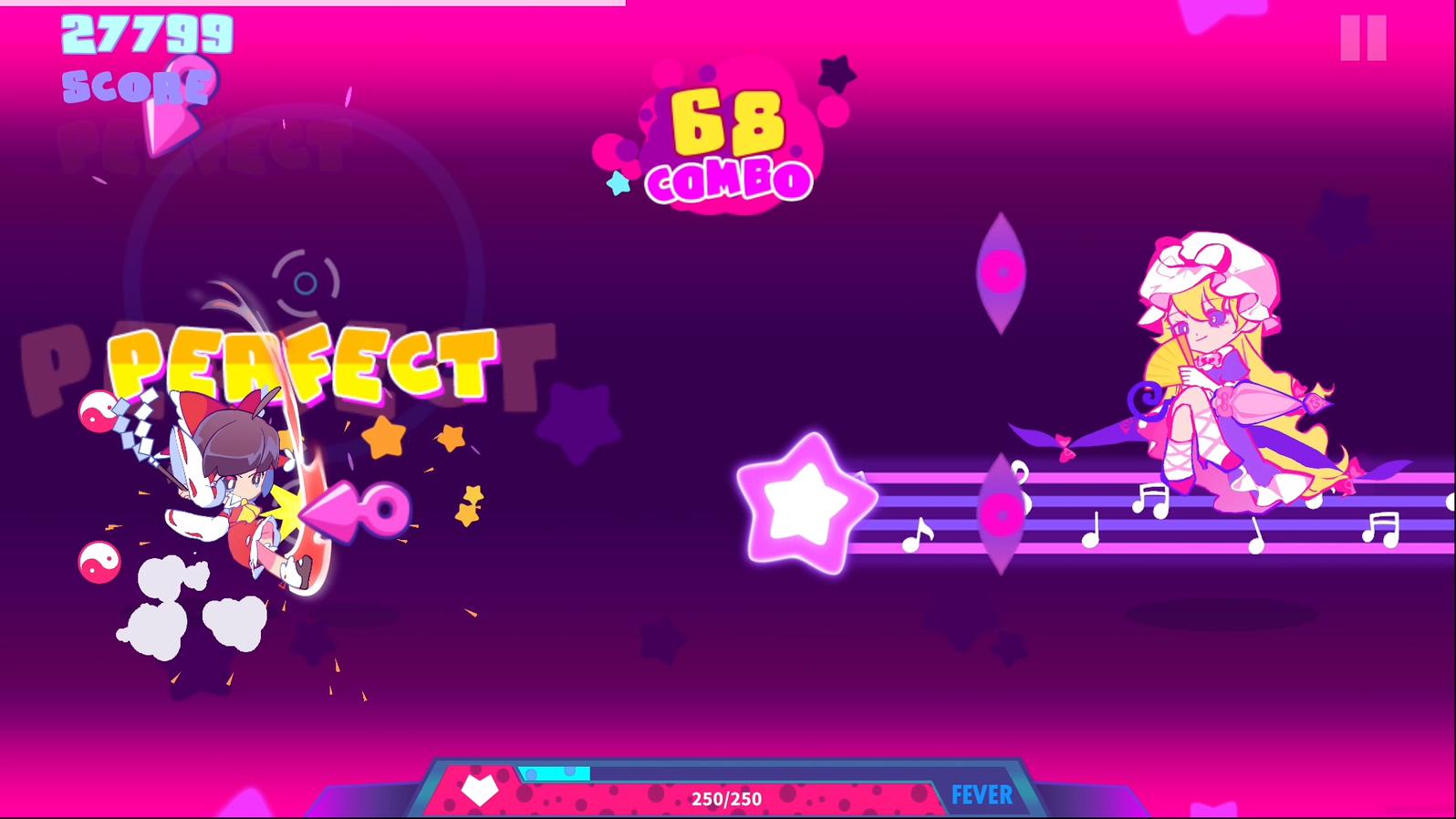 Muse Dash is getting another crazy collab event, this time with songs and characters from Touhou Project hijacking the action rhythm game, here are the details.

Kawaii rhythm game Muse Dash, by XD and PeroPeroGames, is used to striking big and original with its collab events. After adding BGM from Groover Coaster, Cytus II, DoHna DoHna, and Rhythm Doctor, we now have the Touhou Mugakudan pack, with seven tracks from the series.

Reimu Hakurei, the iconic Shrine Maiden of Touhou‘s world Gensokyo, also joins Muse Dash as a playable character. We also have a giveaway in store for our readers, so stay tuned on our Twitter @DualShockers as we’ll share the details soon.

The six Touhou tracks getting added to Muse Dash for free in the collab are:

If you’re unfamiliar with Touhou Project

Touhou is a series of doujin games, what we call Japanese indie games, made by a single developer called ZUN. The Touhou games are initially danmaku/manic shooters, but are known for ZUN’s incredible music, with each new game similar to a new album.

ZUN is pretty much the most popular indie developer ever, and Touhou songs have been used in so many memes you’ve definitely heard several of them even if you never actually heard of Touhou. The series had a huge influence on pop culture, including on Undertale.

ZUN also allows other individuals or companies to make their own Touhou games, so games of any genre from 2D mystery dungeon RPGs to 3D action RPGs are regularly released. You can always reach me on Twitter to chat more about Touhou. And keep an eye on @DualShockers as we’ll share the details of our Muse Dash x Touhou collab giveaway soon.