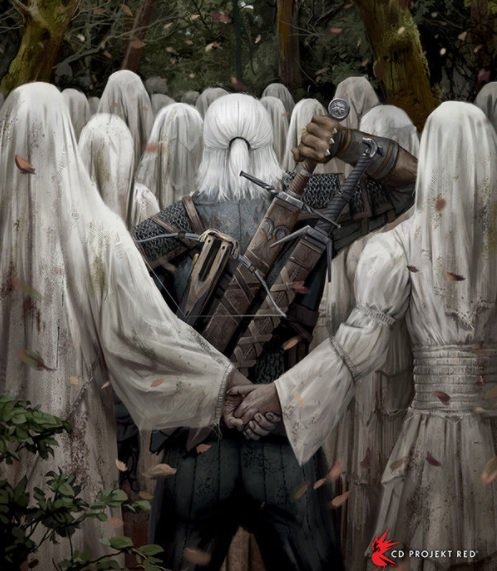 In Dark Horses upcoming issue 2 of the Witch’s Lament, we return with another epic adventure inside the life of Geralt of Rivia.

Witcher fans have had a lot to rejoice about recently. Not only did Geralt and Yennefer loyalists get a sneak peek at Netflix’s The Witcher Season 2 during the Geeked Week event hosted by Geoff Keighley, but we also have the upcoming Witchercon, a Witcher-related event that will include panels, deep-dives, an exploration into the lore and plenty of other surprises, in just a few short weeks.

If, for whatever reason, that’s not enough to get you excited – how about even more Witcher comics? In case you didn’t know, Dark Horse Comics is releasing a new The Witcher comic mini-series titled The Witcher: Witch’s Lament. Issue one is already out in the wilds to pick up which sees The White Wolf having to come to terms with a witch who was burned at the stake.

This time, as told by the folks over on the Dark Horse website, “Geralt’s rescue mission takes a turn when Giltine refuses his help. Drawn to the cult’s settlement, he finds himself an unwitting participant in one of their most sacred rituals.”

The Witcher: Witch’s Lament #2: When can I buy it?

You will be able to pick up the Witch’s Lament issue 2 this week! On June 30th, witchery enthusiasts can delve into Geralt’s next adventure as well as looking forward to the different variant covers for each release of the series.

How much will it cost? Do I toss all of my coins to The Witcher?

Thankfully, you won’t be left too broke after you purchase Issue 2 of The Witcher: Witch’s Lament. Coming in at only $3.99, you will still have a few pennies to throw at Geralt if you need a monster taken care of.

Where can I read The Witcher: Witch’s Lament #2?

There’s no tricks or quests to get your hands on this little treasure. You can pre-order the comic before its June 30th release date over on the Dark Horse website where you will also have the option of picking up the digital version or the print edition.

Of course, if you’re not sure whether you want to buy it at all, why not have a peek at a preview of the comic and see how you like it first?

The post The Witcher: Witch’s Lament #2 Returns in Tension-Filled Mission – Release Date, Price & Where to Read by Rachael Fiddis appeared first on DualShockers.