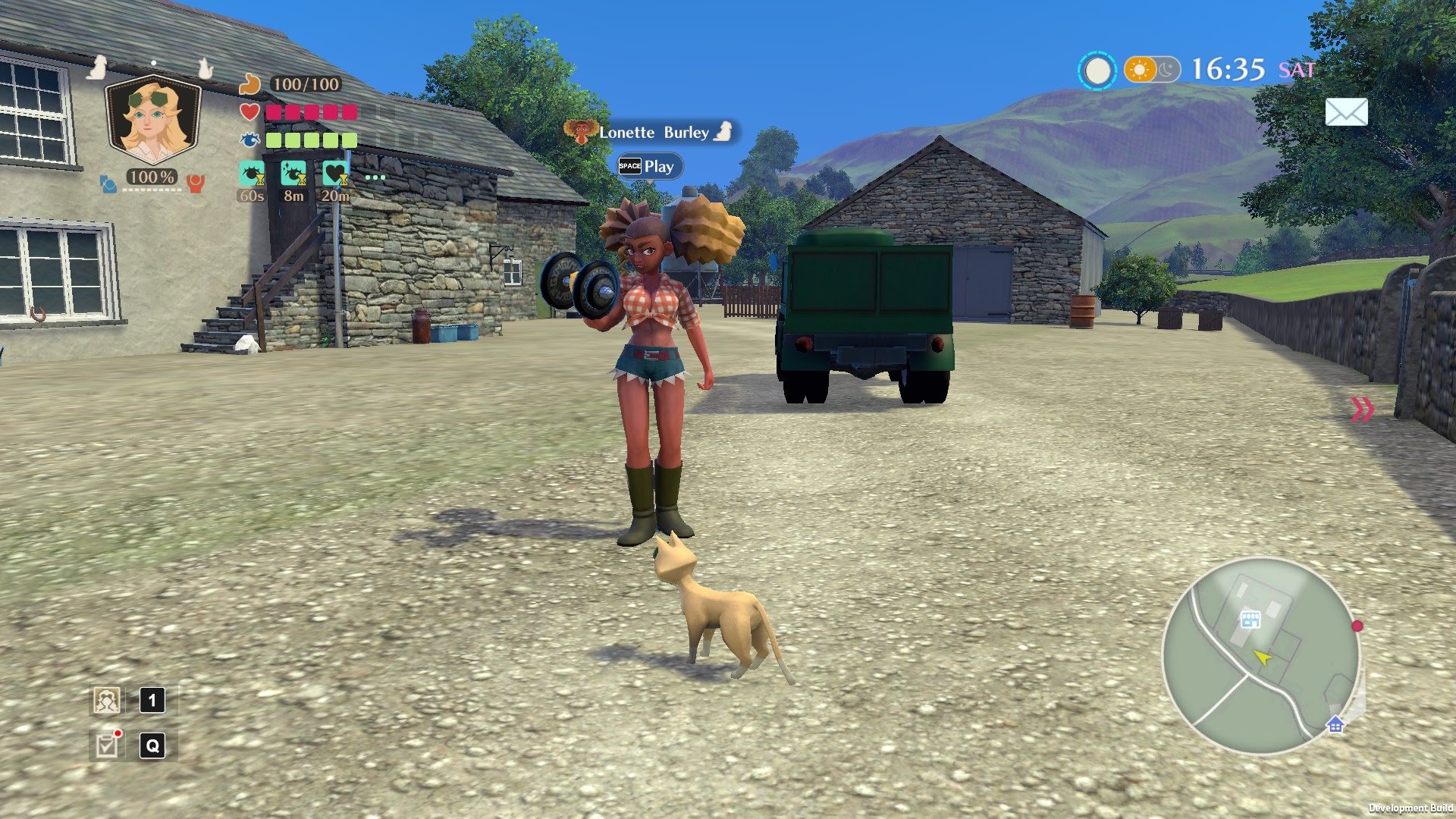 The Good Life, the next game by White Owls, the studio helmed by Hidetaka Suehiro also known as Swery65, finally got a release date alongside a new trailer.

Swery65 is a huge name for anyone with an interest in Japanese indie games. The developer became wildly popular after his Twin Peaks-inspired game Deadly Premonition, and the sadly incomplete D4: Dark Dreams Don’t Die.

The Good Life was initially announced back in 2018 and funded on Kickstarter. This was even before Deadly Premonition 2 was first announced in September 2019 and then released in July 2020. Another Swery game, Hotel Barcelona, was also teased since then during a talk show.

The Good Life mixes RPG elements with narrative adventure bits, featuring Naomi, a reporter from New York who ends up in British town of Rainy Woods, aiming to uncover its secrets. Turns out the inhabitants can turn into dogs and cast, and Naomi too will earn this superpower. She’ll have to use her feline skills and reporter talent to pay off debt and uncover the truth.

The Good Life is launching on PC via Steam, Xbox One, PlayStation 4, and Nintendo Switch on October 15th, 2021. Check out the trailer below.

It’s also important to note that regarding the Xbox version, it was announced back in 2018 that The Good Life will also be joining the list of games available with Xbox Game Pass. The special offer allows you to play a plethora of games, mainly indie titles, for 9.99$ a month.

Personally speaking, I’m definitely excited or The Good Lie, and it might turn out into one of the biggest sleeper hits of 2021. You can always reach me on Twitter @A_iyane07 to chat about Japanese indie games.

The post Swery Game The good Life Finally Has a Date, Check Out the New Trailer by Iyane Agossah appeared first on DualShockers.