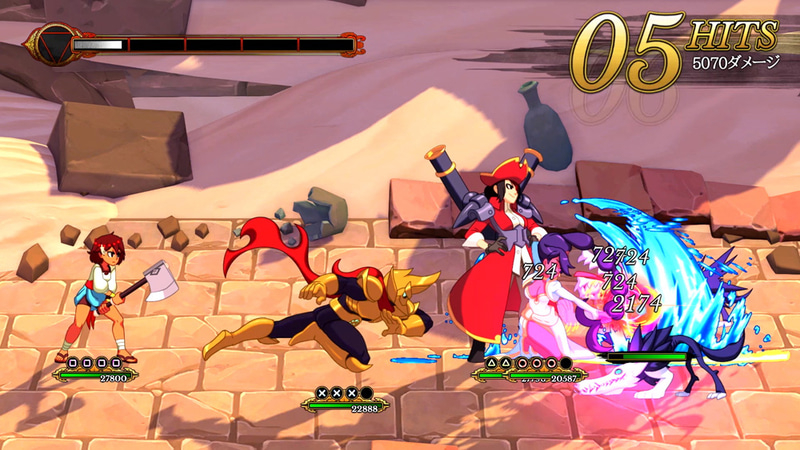 Indivisible, as of April 28, 2020, is now available on Nintendo Switch on the North America Eshop. You didn’t know? Seems no one else did, even the developers.

HEY, THAT THING EVERYONE WANTED?@IndivisibleRPG is out RIGHT NOW digitally for Switch in North America!

Feel like you missed the announcement? You’re not alone, our team found out because people on Twitter sent us congratulations! I had no idea! But there it is! :^P
1/ pic.twitter.com/bByIeD0rhj

Mike Zaimont, the Project Lead of Indivisible spoke about it on Twitter. The current version of Indivisible on Switch was launched without prior notice to its developers Lab Zero Games. The Switch version of the game right now is also based on an old build, and is missing features available on the PC, PS4 and Xbox One versions. Mainly there’s no co-op multiplayer during the battles, and there’s no New Game Plus mode.

No release date announcement, no lead-up PR at all.

It’s missing current features like co-op.
The eShop art is the wrong image.

This launch does not represent the quality standards of Lab Zero. It just doesn’t. I’m sorry. It wasn’t us.

Lab Zero Games, who is also behind fighting game Skullgirls, is made of pretty great people in my book, and I must personally say it’s a huge shame they have to deal with such an inconvenient situation. They don’t deserve this. Hopefully they will be able to sort things out soon.

Indivisible first launched in October 2019. You can check out our review of Indivisible here. As a side note, Indivisible will be launching in Japan for the first time on PS4 and Switch on July 16.  The Japanese release is handled by Spike Chunsoft, and a Japanese dub was recorded for the occasion.  Some of the cast selected is pretty meta and funny. Ajna in Japanese is voiced by Ami Koshimizu, who did Ryuko in Studio Trigger’s Kill la Kill. Naga Rider is voiced by Tomokazu Sugita, etc. You might want to check it out if you’re a fellow anime otaku.

Again, this is not the port house’s fault – they did great work! Nor is it Nintendo’s fault.

505 will surely provide more info soon about when the original day 1 patch is coming. :^)

Update: A new tweet shared by Zaimont shed some more light on the situation: The Switch version of the game was indeed supposed to launch with this build, but was to be accompanied with a day one patch. This day one patch ended up not releasing day one for an unknown reason, and is coming later.

The post Indivisible Gets a Surprise Nintendo Switch Release, Even to the Developers (Updated) by Iyane Agossah appeared first on DualShockers.