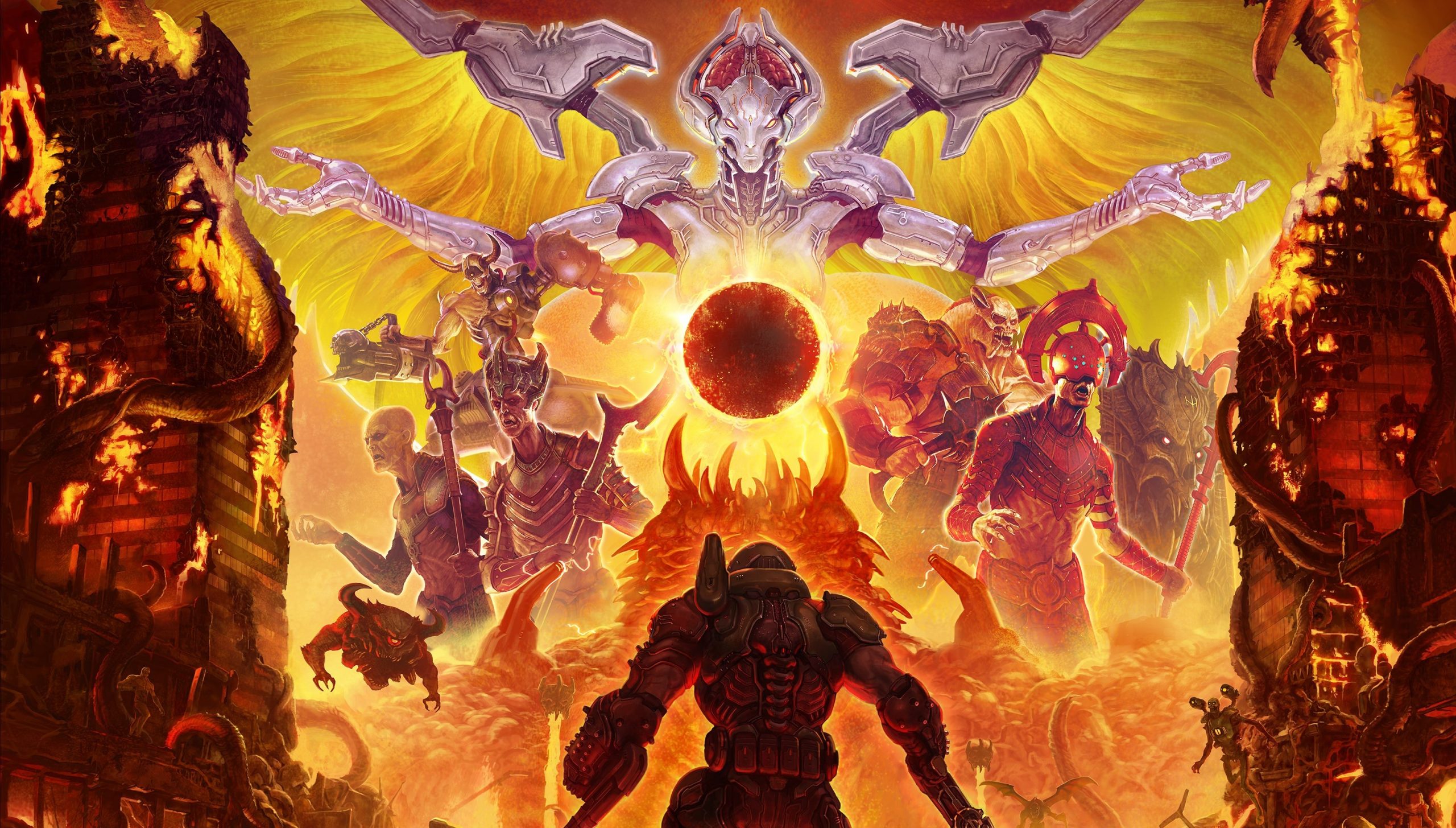 When it was announced in 2017 that DOOM (2016) would be making its way to the Switch, many gamers were skeptical. At that point, first-person controls didn’t feel very good when using the Switch’s Joy-Cons. However, the developers over at Id Software managed to figure it out by taking advantage of the Switch’s gyro-aiming which led to the port being well received. As of today, the Switch has now welcomed DOOM Eternal to its library as well.

Become the Slayer and conquer demons across dimensions. The only thing they fear… is you!https://t.co/Jn0AhO31Jt pic.twitter.com/g84s1jfMnA

Despite delays and rumors of the game’s cancellation, DOOM Eternal finally lives on the Switch’s E-Store. To many DOOM fans’ dismay, Bethesda Softworks, the game’s publisher, announced last month that despite people pre-ordering it, there would be no physical release of the game for the Switch.

In a statement from Bethesda to IGN, they said, “While Doom Eternal is 100% on track for an imminent digital-only release on Nintendo Switch, the absence of a physical release at retail resulted in canceled pre-orders.” All those who pre-ordered the physical edition of the game were refunded.

While the cancelation of the physical release definitely disappointed hardcore DOOM collectors, it seems like the hype for the port still exists. DOOM Eternal can now be taken on the go and can live right next to Animal Crossing: New Horizons making all the memes from their shared release day feel a little bit more real.

The post DOOM Eternal is Finally Out on the Switch by Peter Hunt Szpytek appeared first on DualShockers.