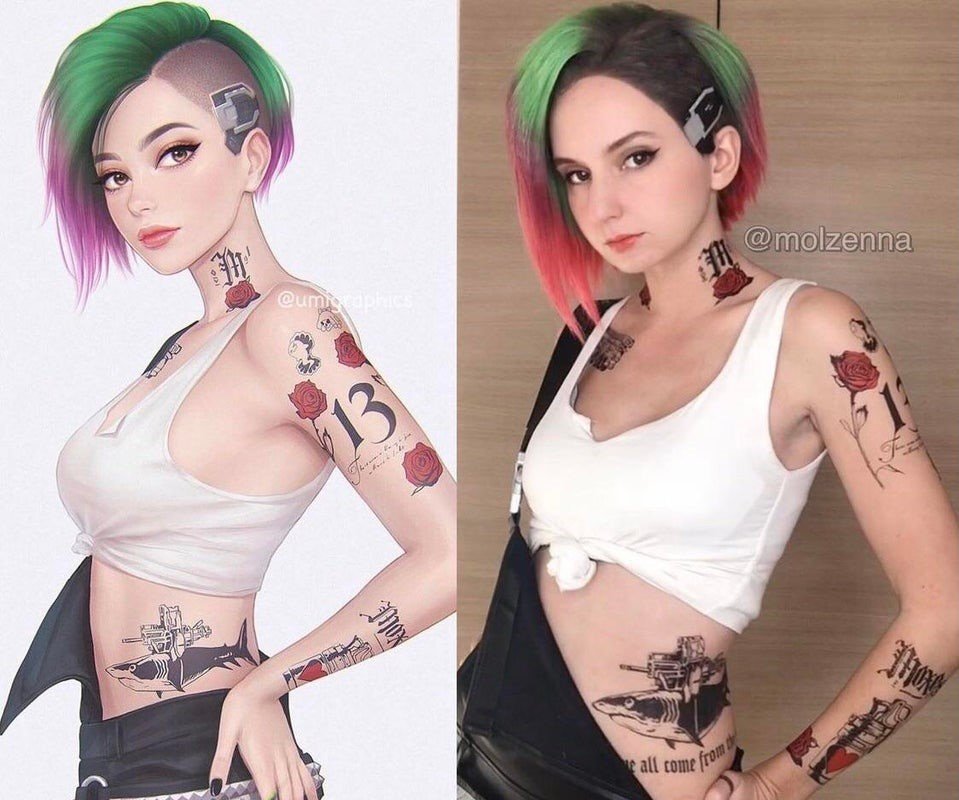 Cyberpunk 2077 may not have gotten off to the best start but the game’s skilful cosplayers will always have a place in our hearts.

CD Projekt’s Cyberpunk 2077 had a notoriously rocky launch but somehow, the title still managed to sell over 13 million copies with numbers rising since due to much-needed fixtures.

Even if you’re put off by the game’s countless bugs, it’s safe to say that Cyberpunk‘s character design will always look stunning and a haven for cosplayers. Showing up as Judy Alvarez, Molzenna displays her cosplay of the skilled braindance technician.

Molzenna, a talented cosplayer from Russia who lives in Cyprus, struts into our life’s as Cyberpunk‘s Judy Alvarez. But before we go into the cosplay, let’s jump into where you may have seen her before.

If you check out her Instagram page, Molzenna isn’t new to the cosplay world. Taking on Ellie from The Last of Us, Rose from Titanic and Sarah from the cult classic Labyrinth, she certainly has a huge amount of talent in her toolbox where she can just slip into any character with ease.

Molzenna pulls out all the stops when it comes to mimicking Cyberpunk 2077‘s NPC detailing Judy’s trademark rainbow-coloured hairstyle down to a tee as well as covering almost every inch in vibrant tattoos.

It’s safe to say that people really like this particular cosplay. On Reddit, commenters have been leaving Molzenna positive remarks about her Judy get-up.

For all the information surrounding Cyberpunk 2077‘s DLC and current patch notes, make sure you stay up to date by heading over here.