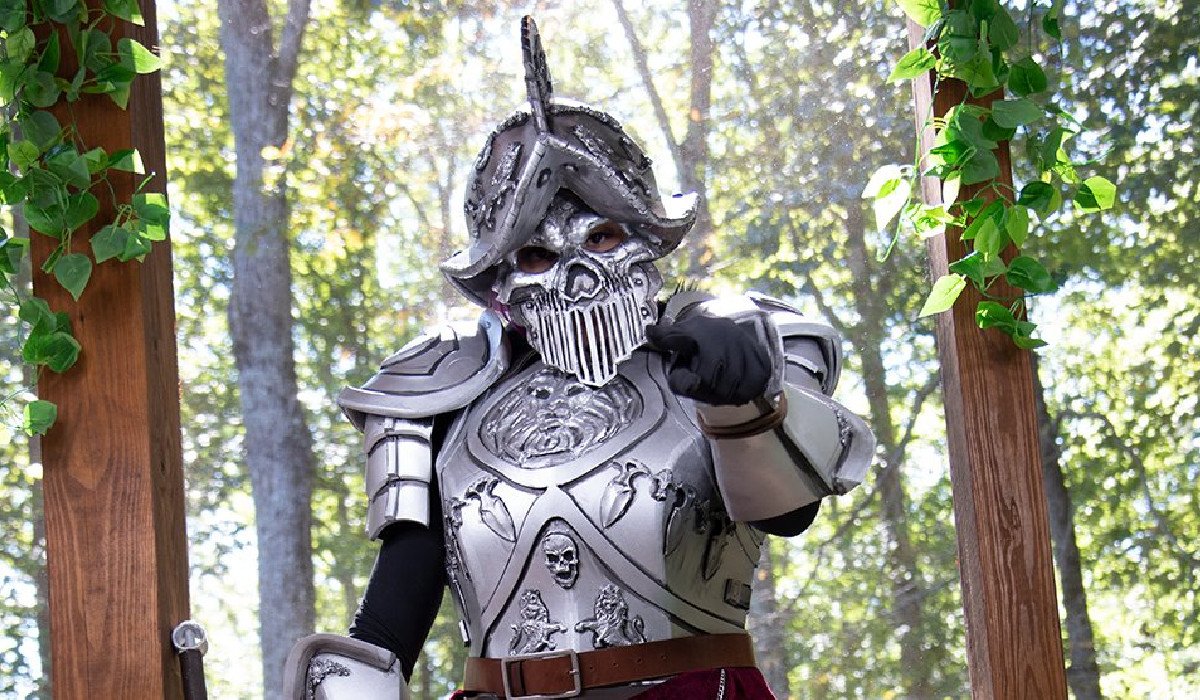 In anticipation of New World MMORPG’s launch, streamer Tygarlily brings the game to life with a beautifully crafted set of in-game armor.

Among them is streamer and gaming host Tygarlily, who crafted her own stunning rendition of New World‘s Marauders. Through some impressive foam-smithing and painted detailing, her New World Marauder cosplay shows why they’ll be a force to be reckoned with.

When it comes to cosplays, Tygarlily is no stranger to crafting and painting elaborate armor sets. She’s previously recreated a beautiful set of Magnamalo Armor from Monster Hunter as well as a tough-looking Ghost from Call of Duty: Warzone.

For her New World Maurauder cosplay, Tygarlily has combined both her skull-crafting skills and her armor-crafting skills. From the shining chest plate to the small flourishes on her braces, there’s an impressive level of painted detail. Through clever construction and meticulous painting, Tygarlily turns EVA foam and molded clay into realistic-looking metal.

Along with the paint job, she added skull-like and colonial-esque flourishes to the gauntlets and shin armor pieces. Although seemingly decorative in design, it adds an extra element of toughness and intimidation, appropriate for the ruthless Marauder.

In addition, Tygarlily displays progress photos of the entire crafting process on her Instagram. From drafting with clunky foam to careful spray-painting, she shows the several clever cosplay construction methods used to get the exact Marauder look.

It’s a close peek at just how many resources and how much time something as incredible as this takes to make, which only makes the finished armor set all the more impressive. Cosplay is truly a form of art, and this New World Marauder cosplay is no exception.

For more of Tygarlily’s stunning cosplay work, you can go to her Twitter or Instagram. For those looking to get a look at New World gaming content, she’ll also be live on Twitch.

WHERE TO PLAY NEW WORLD

New World Standard and Deluxe editions are available to play now exclusively on PC. Though you won’t need an Amazon account to play the game, you will need a Steam account to launch it.