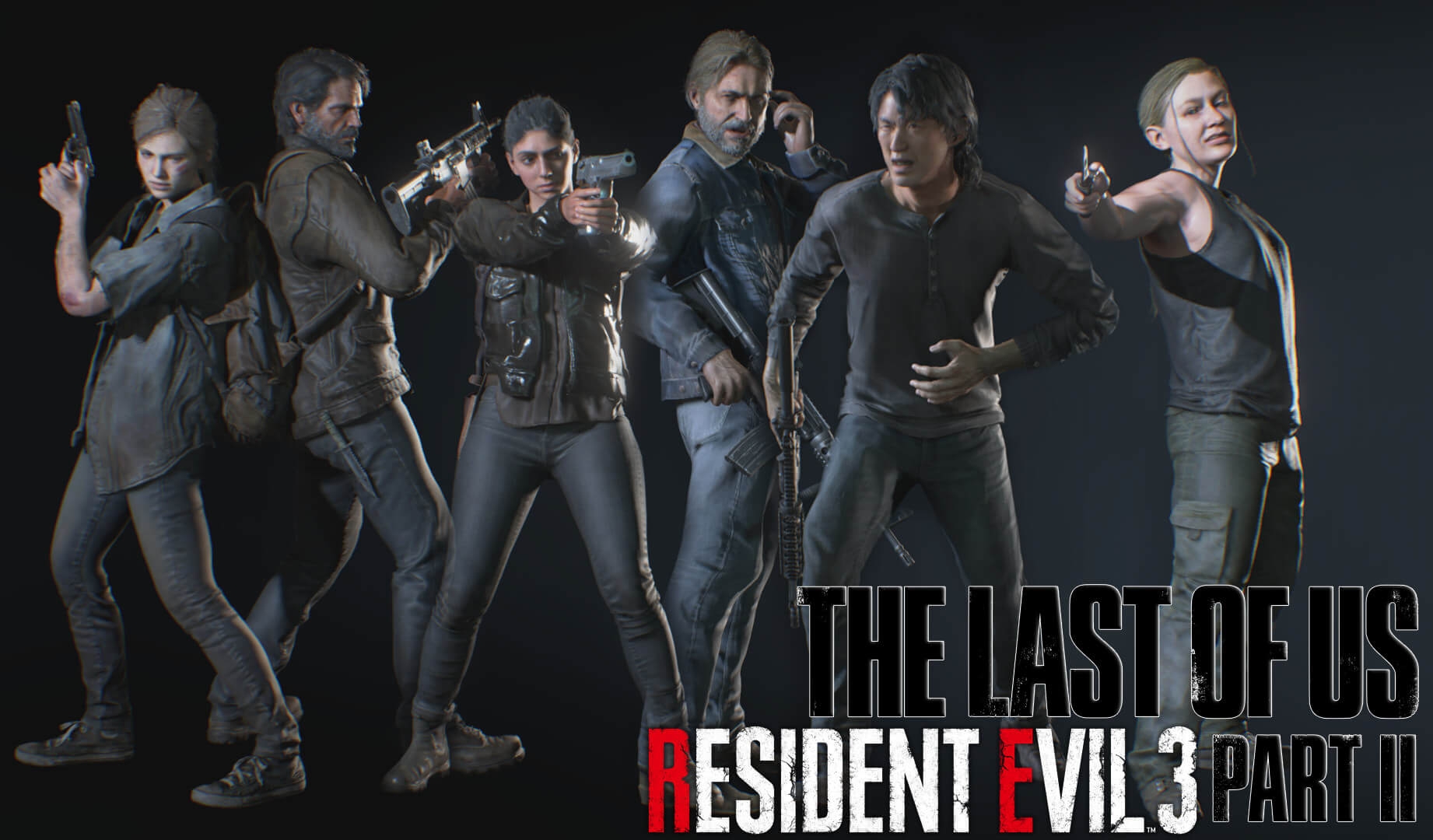 Just when you thought that (most of) The Last of Us Part 2‘s cast had walked off into the sunset when the credits rolled, a modder has decided to give them a fresh new lease of life by adding the gang into Resident Evil 3 Remake. This strange but fun mod is brought to you by ‘Darknessvaltier’ who has 13.3K subscribers on their YouTube channel and loves nothing more than taking games that include Cyberpunk 2077, Death Stranding, and Resident Evil, and then adding a little je ne sais quoi to them for entertainment purposes.

This particular mod that ‘Darknessvaltier’ has crafted puts Ellie into the shoes of Resident Evil‘s Jill Valentine and then throws poor old Joel into the place where Carlos should be. You’ll also see in the video below that that the modder has replaced Tyrell Patrick with Tommy, Victor with Jesse, Nicholai with Abby, and Nemesis with a huge, badass Bloater. Most of the facial expressions look great but I do have to say that Abby looks tormented in this mod, her mouth seems to have taken on a life of its own. Many of the comments under the video say that this was the true ending they wanted to see and that they were happy that Abby got what was coming to her, even though I’d disagree.

It’s a really cool mod and if you fancy messing around with it yourself for Resident Evil 3 Remake, you can head over to Nexusmod and give it a whirl. To go along with the mod, you’ll also need to download and install Fluffyquack’s Mod Manager in order to play it. This isn’t the only mod available, and if it floats your boat, you can also play as Jill Valentine in Resident Evil 3 but with Animal Crossing‘s Isabelle’s head on. Now, doesn’t that sound like a great way to spend your evening? Unless you would prefer to witness Nemesis in a pair of Speedos or find out what he looks like turned into Thomas the Tank Engine. The choices are endless. Have fun!

Throughout the Resident Evil Showcase from Capcom, fans not only got their hungry eyes on some gameplay for the title but we also got the reveal of the Maiden demo, which was announced and consequently released exclusively for PS5. During the demo, viewers may have gotten a teaser of the backstory about the mysterious Tall Lady, Lady Dimitrescu. If video game box art is your thing, Capcom revealed cover images that could possibly point to some spoilers for the game. To check out a brilliant Resident Evil: Village cosplay of one of “Tall Hot Lady’s” daughters, head on over here.

The post Resident Evil 3 Remake and The Last of Us Part 2 Characters Join Forces in This Amazing Mod by Rachael Fiddis appeared first on DualShockers.