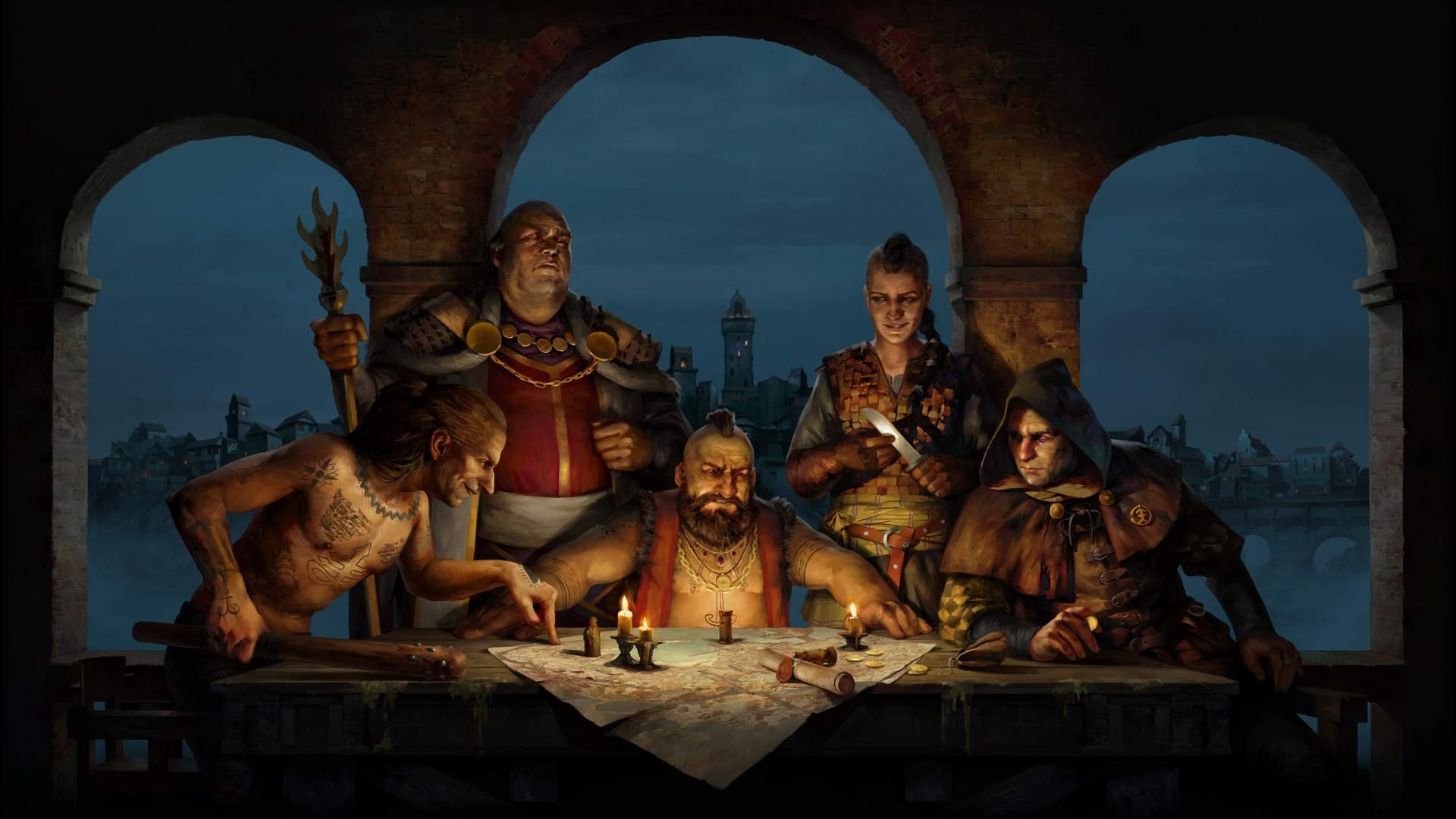 CD Projekt Red was able to do something that many developers wish to achieve: make a card game within their game that’s fun enough for people to invest hundreds of hours into. From the Witcher games, Gwent was born and is one of the biggest deck-building virtual card games out there. Today, March 8, Gwent received its 8.3 update. Here’s the full list of Gwent patch notes:

For more on Gwent, stick right here with DualShockers.

Vesemir Mentor: Adrenaline changed from 5 to 4.

“Deploy: Spawn Blood Moon on an enemy row for 1 turn. Increase the duration by 1 for every adjacent Vampire.

Order: Damage an enemy unit with Bleeding by 1.

Deathblow: Spawn an Ekimmara on this row.

“Deploy: Give Bleeding (4) to an enemy unit.

At the end of your turn, give Bleeding (2) to a random enemy unit without Bleeding.

Devotion: Bleeding on enemy units also triggers at the end of your turn.”

Carapace: Veil status will now only be granted if the target is a Monster unit.

Carapace ability protects cards from both damage and statuses. We decided to remove one of those protections for neutral cards so answering cards like Ciri:Dash can be easier.

Deploy: Give an enemy unit Bleeding (3).

Order: Give an enemy unit Bleeding (3).

Whenever an enemy unit received Bleeding, gain Vitality with the same duration.

Deploy: Give an enemy unit Bleeding (3), then boost self by the amount of Bleeding on that unit.

“Deploy: Give 2 Armor to 3 Pirates or Ships in your hand.

Whenever you play a Pirate or Ship next to Crach, damage it and the lowest power enemy unit by each others power.”

Deploy, Bloodthirst 2: Draw a card, then Discard a card.

Whenever you Discard a Skellige unit during your turn, Summon it from your graveyard to this row.

Devotion: Also works whenever a Skellige unit enters your graveyard during your turn.”

Ursine Ritual: Provision changed from 17 to 16

Ursine ritual provision was a bit of an anomaly players ended up catching up to, making the it in overwhelming majority “The” Skellige leader ability, despite others also showing good results. If it’s only a +1 in a vaccuum, Skellige has the tool to make pinging its own units be at the very least worth 0 points if not more. With this nerf, we hope to see diversity come back to the Skellige leader ability picks.

While we don’t mind Morkvarg being played in the Warrior deck, we think that he shouldn’t get additional synergies beyond his Deploy there. Instead, we’re adding some more Pirate synergies to make that tag more relevant on him.

Deploy: If played next to a Ship, Spawn a base copy of self on this row.

Whenever you play a Pirate, damage self and a random enemy unit by 1.

Deathwish: Summon a random bronze Pirate from your Graveyard to this row.

“The first time a bronze unit on your side of the battlefield is boosted each turn, Spawn a base copy of it at the bottom of your deck.

“Inspired: At the end of your turn, lower the Counter by 1.

When the Counter reaches 0, boost all allied units by 1.”

Smoke Them Out!: Provision changed from 5 to 4.

Spawn 2 Volunteers on an allied row.

If you control a boosted unit, also boost Spawned Volunteers by 1.

Lyrian Scythemen: Power changed from 3 to 4.

Ability is now limited to boosted units on this row.

Point ceiling of Lyrian Scytheman is a bit too high for a 4 provisions (and for Uprising.). We are lowering the ceiling, while increasing floor of the card – number of potential points is limited by number of units in a row, but with less developed board, players will get an extra point.

“Deploy: Gain 1 Armor for every Dwarf in your hand.

Barricade: At the end of your turn, boost all Dwarves with Armor on this row by 1.”

“Deploy: Transform all your face-up Traps into Elven Deadeyes.

Devotion: Also transform your other artifacts.”

Dwarven Chariot: Removed Bonded ability and replaced it by “Order: Give an allied unit 1 Armor. Cooldown: 1.”

Deploy: Create and play a Trap card from your starting deck.

We’re adding Spring abilities for Pitfall and Serpent trap so players will have option to manually flip them and transform them with Eldain in case they wouldn’t trigger in the desired way.

“Deploy: Draw a card, then move a card from your hand to the bottom of your deck.

Whenever your opponent plays a unit, give it Spying.

Devotion: At the end of your turn, Seize a random 1-power Spying unit.”

Lockdown: Provision changed from 10 to 13.

With it’s ability to completely remove a dimension of the game, Lockdown was a problematic ability. While it could serve as meta control like we saw against Viy after the 8.0 patch, it could also be abused more widely like in the previous meta, and would easily oppress off-meta fun decks, something players have complained about since way before it became a meta pick.

Still, Lockdown offered a unique control tool to NG and we wanted to preserve that theme.

New Lockdown aims at forcing the opponent to make uncomfortable decisions (like spending the leader ability in round 1) while still allowing for interactions. It opens multiple layers of depth, complimented by cards like Damien de la Tour or the new Anna Henrietta.

Kolgrim: Adrenaline changed from 2 to 1.

It feels very hopeless to watch Kolgrim grow when you don’t have an answer for him. With lower Adrenaline, he has 1 less turn to trigger, which means he doesn’t necessarily require a direct answer to be outpointed.

Deploy: Boost all allied Agents by 1.

Cadaverine: Provision changed from 7 to 9. Type changed to Special, Category to Tactic.

Poison an enemy unit, then Spawn a base copy of it on the opposite row.”

Increase this card’s Intimidate by 1 for every adjacent Crownsplitter.

“Deploy: Damage a boosted enemy unit by 6. Gain a Coin for every point of excess damage dealt.

Fee 3: Destroy an enemy unit with 3 power or less.”

Lined Pockets: Charges changed from 5 to 6.

Shakedown: Provision changed from 5 to 4.

Tax Collector: Provision changed from 5 to 4.

Sigi Reuven: Provision changed from 12 to 11.

Igor the Hook: Provision changed from 10 to 9.

Coerced Blacksmith: Profit changed from 1 to 2.

Oxenfurt Naturalist: Provision changed from 5 to 4.

Tunnel Drill: Fee changed from 3 to 2.

Rico Meiersdorf: Now set its power to the current power of the played card instead of the base power.

Dip in the Pontar: Provision changed from 5 to 4.

Blindeye Apothecary: Tribute changed from 3 to 2.

This quirky Adrenaline exchange between the two brothers allows us to raised their power level. On the one hand, Roland becomes a better “engine” overall, not limited anymore by its adrenaline. On the other hand, Gellert benefits from a grace period where his ability is unlimited.

Overwhelming Hunger: Deckbuilder and Tooltip will now properly display the change to 2 Charges instead of 3.

Blue Stripes Commando: Now prevents the order getting clicked if the row is full.

Griffin Witcher Adept: Now prevents the order getting clicked if there is no valid target.

Fixed a bug where opponents could see the tooltip of a trap that was being tutored or created.

The post Gwent 8.3 Patch Notes – What You Need to Know from the March 8 Update by Peter Hunt Szpytek appeared first on DualShockers.