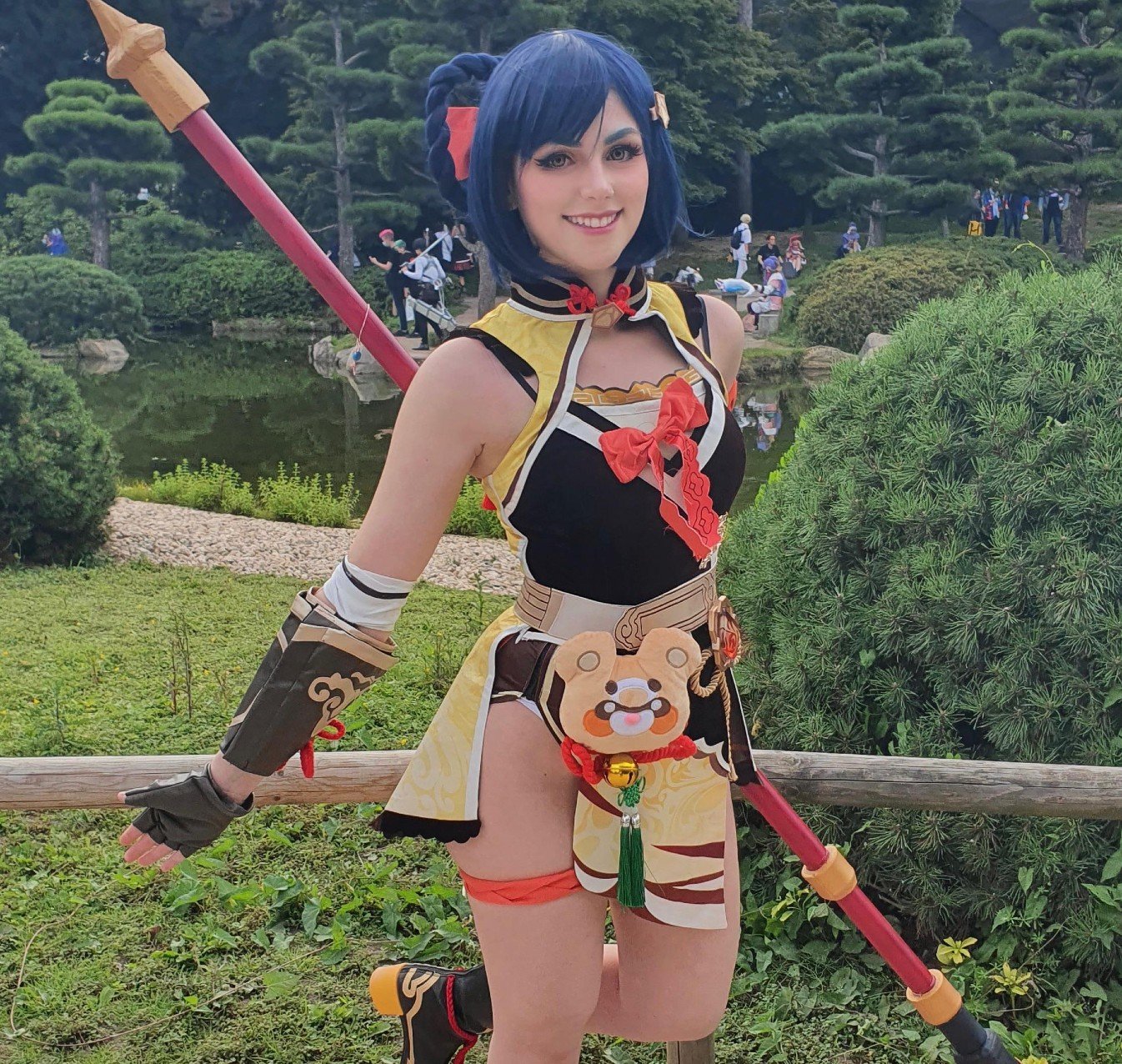 “Is there time for a quick snack? I’ll whip one up in no time!” – Xiangling, Genshin Impact

I’m fairly confident that Genshin Impact needs no introduction. Even if you haven’t played it yourself, you are sure to have heard your friends and overheard gamers talking about the highly popular action role-playing title.

Set within the fantasy world of Teyvat, Genshin Impact allows players to choose between a host of interesting and exciting characters that use several different combinations of skills and attacks on enemies they encounter in which they can unlock abilities and rewards on their journey.

With fan favourites like Lisa, Mona and Ganyu, it’s not an easy choice for cosplayers to make when choosing one of Genshin‘s amazing characters but this time, it looks like it’s Xiangling’s turn for the spotlight.

Xiangling is a playable Pyrocharacter in Genshin Impact who also happens to be the Head Chef at the Wanmin Restaurant where you can always find her rustling up some tasty food. Always on the lookout to conjure up different recipes or “exotic” ingredients, Xiangling makes a wholesome addition to the Genshin family.

And of course, with a character as sweet as this, there will always be someone who wants to honour them. Cosplayer Alix Rosa does just that by dressing up as the adventurous cook. As you can see from her pictures, Alix dons Xiangling’s panda-like braided buns as well as her gold belt which she uses to hold her Vision and her red panda companion, Guoba.

Make sure to check out more of Alix’s other cosplays that include 2B from Nier Automata, Rei Ayanami from the anime Neon Genesis Evangelion and many others over on Instagram.