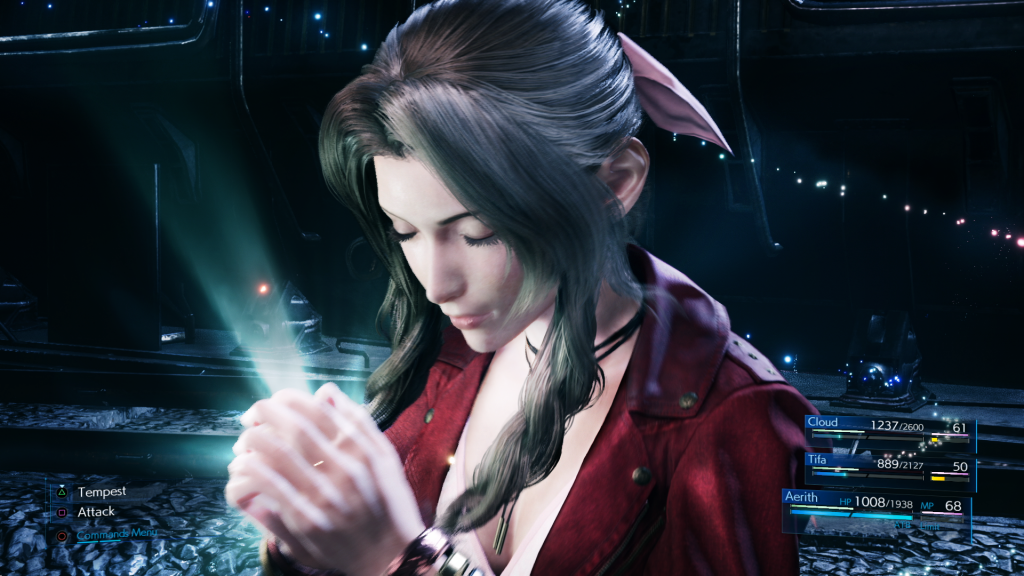 "I finished a 4hr shoot w/ Sephiroth’s motion actor yesterday! The staff praised us! I’ll be working today too.

Thanks for your Christmas messages + gifts. I enjoyed them in between shoots." pic.twitter.com/LYCkd2A5Hm

While I’m sure fellow OG fans of the game are thinking of that scene in particular, filming of the scene wouldn’t make much sense to happen so early on. Not to mention the sheer length of the session, as well as the fact that Remake has been playing fast and loose with canon events, and it seems that we might some unique and very interesting interactions between Aerith and Sephiroth coming up in the second game. It’s also interesting that she mentioned the staff praising them both, which hints at a possible difficult or emotional scene between them.

As revealed by the official Square Enix music account Final Fantasy VII Remake OST Plus launched December 23rd in Japan. You can preorder the OST here. And for more goodies, a new guidebook was launched in Japan, titled the Final Fantasy VII Remake Material Ultimania. The book was released on October 29th, and includes artwork, CG artwork, planning documents, storyboards, liner notes for the music, interviews with the voice actors, and more.

The director of Remake Tetsuya Nomura was the one to propose the original Final Fantasy VII’s most shocking moment. As previously revealed, Final Fantasy VII Remake has many new elements to it and Scenarist Kazushige Nojima even explains how he rewrote Cloud for the remake. We also translated comments from Nojima about how Final Fantasy VII influenced Final Fantasy VIII. In an interview posted through Square Enix, Co-Director Naoki Hamaguchi and Kitase talk about their reasoning behind making some bold changes for the remake of such a beloved game — namely why Sephiroth was introduced so early in the game. We also translated the short film made to promote the remake. Square Enix, meanwhile, is currently working on the second and possibly last episode.